The unprecedented health crisis arising from the novel Coronavirus disease (“COVID-19”) and measures enacted by the Spanish Government to contain the spread, has in some cases affected contractual performance. The construction and the energy sectors have been particularly affected. There are often contractual mechanisms to address unforeseen events or a change of circumstances. Also, the doctrines of force majeure and rebus sic stantibus are part of Spanish law and they may invoked in due course if all the requirements are met.

Spain's response to the sanitary crisis

The COVID-19 pandemic and measures introduced by governments in response have had a significant impact on the economic circumstances affecting a wide range of projects and deals, including the ability for parties to perform under existing contracts. Spain has faced one of the most severe outbreaks, prompting the Spanish Government to declare a state of alarm on 14 March 2020 under Royal Decree (“RD”) 463/2020, and to implement drastic measures to address the economic and sanitary crisis affecting a wide range of industries and sectors. For example, the Spanish Government declared the temporary closure of all non-essential business,1 implemented strict restrictions on the freedom of movement that prevent personnel from entering work places and job sites,2 postponed all administrative and procedural deadlines, which may impede the ability to obtain a licence necessary to commence operations or construction, in order to fulfil contractual obligations.3 Parties may additionally be unable to obtain certain supplies, materials or goods, as border closures and the temporary closure of businesses have caused severe disruptions to international supply chains.

If a party’s ability to perform a contractual obligation has been affected by COVID-19 or government measures taken in response, the first step is to examine the terms of the contract to determine whether any provision may apply to exempt liability for non-performance for force majeure or changed circumstances.4 This will be the approach of Spanish courts when seized of such claims. In the event that the contract does not contain a specific provision regulating force majeure or hardship, a party may look to the protections offered by the applicable law of the contract. Spanish law offers protections to parties whose contractual performance has been impacted by force majeure, impossibility and change of circumstances (rebus sic stantibus). Certain measures the Spanish Government adopted in relation to employment contracts5 and public contracts,6 reflect a general understanding that depending on the specific circumstances of the case, certain events may be deemed to constitute force majeure. On force majeure, in 20067 and 2012,8 the Spanish courts already found that the sanitary crisis arising from the SARS and influenza outbreaks may be the type of force majeure events that excuse contractual performance. Therefore, it is possible that the Spanish courts may also find the COVID-19 pandemic a force majeure event that justifies failure to perform under a contract, but there must be a direct link between the event and the inability to perform.

The construction and oil and gas sectors have been negatively impacted by the COVID-19 pandemic, and as will be explained below, due to the nature of engineering, procurement and construction (“EPC”) contracts (also known as turnkey construction contracts) and long-term LNG sale and purchase agreements, parties are particularly at risk of significant losses when unforeseeable events or a change of circumstances occur.

EPC contracts entail a certain level of risk as a contractor is required to deliver a complete facility to the employer for a lump sum and by a certain date. The contractor’s failure to perform will result in monetary liabilities for the contractor, often in the form of liquidated damages. Spain’s measures addressing the sanitary crisis have in a number of cases resulted in difficulties for contractors to perform under the relevant contract. Workers have been unable to enter construction sites due to restrictions on the freedom of movement, and the closure of all non-essential economic activity temporarily prevented all construction. Additionally, contractors are facing challenges in obtaining goods, resulting from a disruption in international supply chains.

The International Federation of Consulting Engineers (“FIDIC”) is an international standards organisation for consulting engineering and construction, well known for its construction contract templates, commonly used for various types of construction works, including EPC contracts.9 The FIDIC Yellow and Silver Books provides an excuse for non-performance of a contractual obligation in the event of Force Majeure,10 which is defined as an event or circumstance which: (i) is beyond a party’s control; (ii) the party could not reasonably have provided against before entering into the contract; (iii) having arisen, such party could not reasonably have avoided or overcome it; and (iv) it is not substantially attributable to the other Party.11

Sub-Clause 18.1 [Exceptional Events] of the FIDIC Yellow and Silver Books also provides a non-exhaustive list of events and circumstances which may constitute Force Majeure or an Exceptional Event. Whilst ‘pandemic’ is not listed,12 this does not exclude the availability of Force Majeure relief, if performance is affected by COVID-19, provided that the event satisfies the general requirements of the clause. Obligations to make payments which are due are not excused by Force Majeure or Exceptional Events clauses. A party seeking to rely on the clause must give notice to the other party of the event or circumstances constituting Force Majeure and shall specify the obligations, the performance of which is prevented.13 Relief in the event the Force Majeure or Exceptional Events clause applies is generally limited to extensions of time (i.e. no prolongation costs), except for the events listed in the relevant provision. In addition to Force Majeure, a contractor may also consider relying upon other provisions of the contract for delays which can be said to be attributable to governmental authorities.14

As restrictions are eased and work is reassumed, new health and safety measures will translate into lower productivity and potential increases in costs. In such cases, contractors may consider seek further adjustments in the contract price and extensions of time under adjustment clauses for changes in laws, which are generally prescribed in construction contracts.15

Hardship clauses aim to protect parties from the occurrence of events which fundamentally alter the equilibrium of the contract, and make contract performance much less profitable for a party.16 LNG sale and purchase agreements generally establish a contractual formula that is used to calculate the price of the oil. However, a sharp decline in the demand for oil as a result of travel restrictions and a reduction of economy activity alongside geopolitical tensions, has caused an unprecedented drop in the price of oil. Whilst the duration of the change in the value of oil is still yet to be known, it shows the need to have price adjustment mechanisms in place, to protect against potential losses arising from changed circumstances.

Gas price review clauses in long-term gas sale and purchase agreements aim to ensure a long-term guarantee of supply whilst preventing against losses arising from a fluctuating market, by allowing the revision of the contract price formula when the contractual price no longer reflects the market value of gas. The clauses generally require a requesting party to establish that:

An example of a gas price review clause related to economic conditions in Spain can be found in a 1995 contract for the sale of LNG between Atlantic LNG Company of Trinidad and Tobago and Gas Natural Aprovisionamientos, SDG, SA, made public in 2008 in the context of the confirmation of an arbitral award.17 Article 8.5(a) of the contract entitled a party to request a revision of the contract price:

“If at any time either Party considers that economic circumstances in Spain beyond the control of the Parties, while exercising due diligence, have substantially changed as compared to what it reasonably expected when entering into this Contract… and the Contract Price resulting from the application of the formula set forth in Article 8.1 does not reflect the value of natural gas in the Buyer’s end-user market…”

The clause contained an agreement to arbitrate if the parties were unable to agree on a price revision within six months. Such gas price review clauses seek to ensure that the price of gas under gas sale and purchase agreements are flexible and can be adapted to address changes of circumstances that affect the underlying economic balance of the transaction.

In the event that the applicable contract does not contain a force majeure or a hardship clause, a party may still be protected by the applicable law, if they have not specifically excluded the application of such protections in the contract. If a contract is governed by Spanish law, Article 1105 of the Spanish Civil Code on force majeure should apply, which states that “outside of the cases specifically mentioned in the law and those stated as such in the obligation, no one shall be liable for events which cannot be foreseen, or which, being foreseen, should be inevitable”.

The Spanish Civil Code does not define what will constitute force majeure; the definition is found in case law. The Spanish Supreme Court has found that for an event to amount to force majeure the following elements must be met:18

Depending upon the factual circumstances, a court may find that the existence of force majeure: (i) exonerates a party from liability if it has failed to comply with an obligation; (ii) temporarily suspends compliance with obligations in cases in which the effects are transitory; or (iii) releases a party from the obligation to fulfil its obligations if performance is rendered impossible (Articles 1182 and 1184 of the Spanish Civil Code).

Additionally, the force majeure clause in the Convention for the International Sale of Goods (“CISG”), to which Spain is a party, will be particularly useful for companies seeking to avoid liability for failing to comply with its obligations under a contract for the sale of international goods, as a result of the COVID-19 outbreak or particularly restrictive government measures. The CISG applies to all contracts for the international sale of goods between parties from two different countries, if both home states are party to the CISG; provided that the parties have not excluded its application in the contract.19

Whether the rebus sic stantibus clause will apply to a specific situation will require a case-by-case analysis of the circumstances affecting the contract.22 It is important to note that the jurisprudence creates a very high standard, which will be difficult for most cases to meet. A finding of rebus sic stantibus implies that the reason for entering into the contract disappears as the basic economic purpose is frustrated or becomes unachievable for one of the parties.23 A court may modify the obligations agreed to by the parties in order to rebalance the parties’ obligations and benefits under the contract, or terminate the contract for the benefit of the non-complying party.24

Many contracts of a cross-border nature will be affected by the COVID-19 pandemic and the measures taken by governments to combat the spread. Such disputes are best resolved in a neutral international forum through the process of international arbitration. This is especially true when considering the difficulties currently faced by domestic courts in having to adapt busy in-person court rooms to online virtual hearings. Due to the cross-border nature of international arbitration much of the process is already completed virtually, with limited in-person meetings. Arbitral institutions, arbitrators and lawyers have thus quickly and seamlessly been able to adapt to the new environment, and are now able to hold the entire arbitral process virtually. 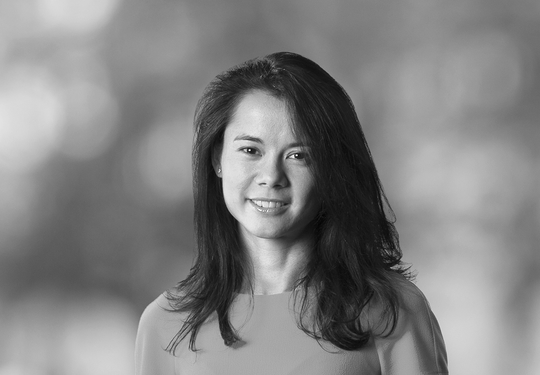 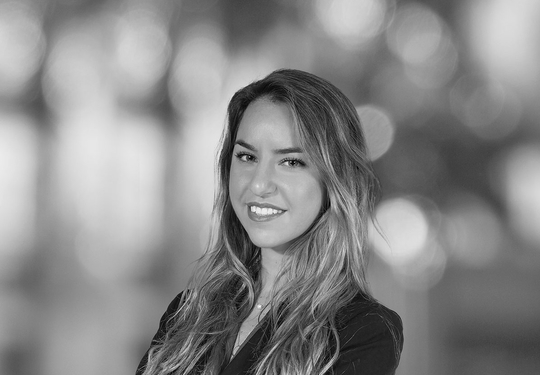