On 19 September 2017, White & Case hosted a panel discussion featuring a number of participants active in the market, on the future of NPLs in Southern Europe. An engaging and interactive conversation focused on a comparison of the evolution of the markets in Spain and Italy, in particular on the importance of the role of the servicer in both markets. Some of the key takeaways from that session are set out below.

While there has been focus on NPLs in a number of Southern European countries, it is clear from the size of the Italian and Spanish markets that they, in particular, are a key area of focus for buyside investors. The table above illustrates effectively the overall size of the Spanish and Italian NPL markets, rather than simply the proportionate volume of loans that are non-performing. An active market benefits from a combination of volume of loans and incentive to sell, which illustrates the attractiveness of the Spanish and Italian markets, especially when compared with countries such as Greece.

Turning first to the Spanish market, it is worth considering the reasons for the current strength of that market. One of the key reasons is the maturity of the market, with all of the Spanish institutions have been involved in the NPL market since the start of the financial crisis. The substantial restructuring in the banking sector has reduced the number of financial institutions from 50 to 18, and the remaining banks themselves have actively been focusing on working out their remaining distressed positions. In addition, Sareb (the Spanish "bad bank") has been an active player in the market, and is believed to still have c. €200 billion of real estate assets on its books (approximately evenly split between loans and REOs). Sales will, therefore, clearly continue for some time to come.

All classes of Spanish NPL assets have been disposed of; secured, unsecured and REOs. The market has become sufficiently sophisticated that portfolios are usually packaged in a coherent way, to make them attractive to buysiders. Given the size and maturity of the market, new players are constantly continuing to enter the Spanish market. In contrast to the IRRs of c. 20% that were being sought in Spain 3-4 years ago, investors are now targeting an IRR of c.12-15% (depending on the type of NPL asset). In addition, a number of the funds that have bought into the Spanish NPL market in previous years, are now seeking to exit those positions. Anecdotally, c. 20% of Spanish NPL deals in 2016 took place in that "secondary" NPL market. The role played by sophisticated servicers, knowledgeable of the Spanish real estate market and the portfolios put up for sale by the different financial institutions has been key for the growth of the NPL market. The advice and support provided by these servicers to investors has been essential to narrow the bid/ask spreads in the market.

As the Spanish market has matured, differing investment mandates have materialised. While some funds have acquired local servicing platforms to enable them to manage substantial NPL portfolios, other investors have focused on buying specific larger-ticket single exposures, such as land assets with a view to development, as the demand for homes in Spain continues.

One area which has not featured in the maturing Spanish NPL market, however, is the use of a securitisation model akin to the Italian one. The Spanish NPL market has successfully grown and matured due to direct sales, the workouts by the Spanish banks themselves, and the involvement of Sareb. That level of interest and transactional activity in the market has meant that the Spanish market has not needed to develop a securitisation guarantee model, akin to the Italian one.

Comparison with the Italian market

In contrast, the Italian market, while substantial, has to date retained higher barriers to entry for investors looking to acquire NPLs. Many investors have considered NPL portfolios in Italy, but a large proportion of the closed deals have been acquired by the same relatively small pool of investors. Increasing deleveraging of the Spanish banks, combined with some recent helpful amendments to Italian laws, should result in a higher number of transactions – and newer entrants to the market – going forward.

The role of an active, local, servicer in Italy is vital to success in the Italian NPL market. In terms of acquisition of portfolios, one of the key roles of the servicer is the collation of information on the debtors. As such, some of the more successful funds to have invested in Italian NPLs, are those which have acquired captive servicers from the Italian banks. Subsequent NPL sales from those banks are frequently acquired by the fund that owns the servicer, due to the asymmetry of information between that fund and other potential buyers. As a less mature market than in Spain, the Italian NPL portfolios tend to be more of a "mixed bag" in terms of the asset mix, and without the extensive due diligence information packaged up in a way that an international investor would generally expect. One solution for funds without a servicer in Italy is to invest in larger single-name debts, rather than portfolios. That enables the funds to carry out a much higher level of due diligence than would be possible on a more granular portfolio.

When it comes to enforcement, the servicer has an even more critical role to play. The judicial collection process in Italy remains a very lengthy route; retaining a servicer with a proven track record of consensual collections is crucial to improving IRRs. (While the money multiples in Italy are better than in many other jurisdictions, the lengthy enforcement process makes the 10-20% (depending on asset) targeted IRRs much harder to achieve.) A ratio in the region of 20-30% of out of court collections by a servicer is seen as being a good indicator of performance; although the likelihood of out of court collections is greatly reduced with larger single-ticket debts (c. €200m+). Given the Italian legal culture of protection of debtors, a servicer that actively engages with debtors increases the likelihood of a consensual deal, and therefore a quicker return.

Recent changes both to tax and enforcement laws in Italy have improved matters, with the time taken to enforce reduced to around 24 months, from a previous timescale of 5-7 years. However, it remains very difficult to accelerate the overall timing. Introduction of new laws enhancing the ability of securitisation vehicles to hold and manage NPL portfolios should continue to increase the number of transactions. In addition, some banks have also established subsidiary vehicles (REOCos) to permit the bank to participate in the auction that forms part of an enforcement process, thereby limiting the downside risk of the asset being sold at an undervalue due to a lack of auction participants. Where the REOCo takes ownership of the asset through the auction, the REOCo then has flexibility to apply active management principles to improve the value of the asset and ultimately, increase recovery to the bank. The existence of such REOCos and their ability to influence the outcome of the auction processes will also encourage debtors to seek a consensual resolution of their loan, even before an auction process begins. The tax rules applicable to REOCos continue to evolve.

Prospects for the Spanish NPL market remain very positive. On the supply side, there is no shortage of portfolios from Sareb or financial institutions that keep coming to the market. On the demand side, both the hedge funds that bought the first portfolios back in 2013 and new investors – in some cases with a lower IRR expectation – continue to show interest in the divestments to come.

The expectations for the Italian NPL market are even greater than Spain. Now recognised as among the world’s largest distressed debt markets, existing participants (i.e. selling banks, loan servicers, NPL purchasers and their advisors, as well as the regulatory authorities, all have great incentive to continue taking steps to improve the "transactability" of the market and thereby, its liquidity. The result should see the emergence of new entrants into the market and a larger number of transactions, creating a virtuous circle of increasing activity and opportunity, permitting the Italian banking sector to improve its capital position, whilst at the same time improving the expertise and efficiency with which distressed debt positions can be resolved.

Also, at an international level, the European Commission has recently published a consultation paper1, proposing an EU wide "accelerated loan security" for enforcement of real estate assets. The proposed mechanism would provide a "swift, out-of-court power procedure to recover value from the secured loan in the event of debtor's default". The existence of the paper itself is an interesting move on the part of the European Commission to clean up the banks’ balance sheets. The paper also targets potential improvements in process to facilitate a more liquid and efficient market for NPL disposals. Putting that sort of mechanism into the Italian context, one would expect that the percentage of successful consensual restructurings would increase ("Plan A"), due to the existence of a more credible and efficient "Plan B" of enforcement, than currently exists in Italy.

Regardless of the form which future regulation, if any, takes, it is clear that attractive opportunities remain in both the Spanish and Italian NPL markets. They will continue to be of interest to buyside investors for some time to come. 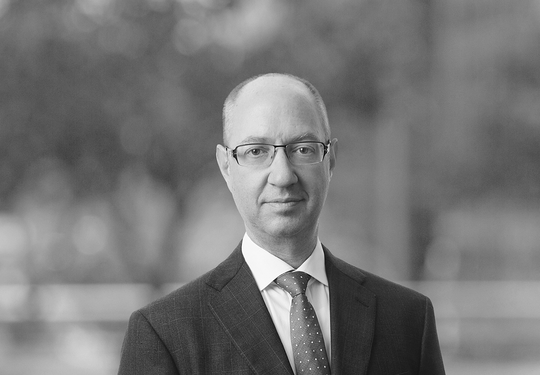