In Raffeisen Bank International AG v Asia Coal Energy Ventures Ltd & Ashurst LLP,1  the Court of Appeal distinguished the case of Conlon v Conlons Ltd,2 and provided a helpful analysis of the circumstances in which instructions from a client to its solicitor can be said to have lost the quality of confidentiality necessary to be privileged.

The Court of Appeal upheld the first instance decision of Mrs Justice Moulder, that documents containing or evidencing a client's instructions to its lawyers do not lose confidentiality or privilege simply by the fact that its lawyers make an authorised statement as to such instructions to a third party.

In the Raffeisen case, Ashurst LLP were instructed by its client PT Sinar Mas Multiartha TBK (SM Multiartha) in connection with its provision of financing to Asia Coal Energy in relation to the acquisition of shares in Asia Resource Minerals Plc. The target shares were held or controlled by Raffeisen.

A series of connected agreements were entered into in order to facilitate the release of Raffeisen's security over the relevant shares and the transfer of certain loans which was required if Raffeisen were to release that security. Amongst these agreements was a Solicitor's Confirmation given by Ashurst to the effect (in short) that they had been put in funds by their client and had been given irrevocable instructions to deal with these funds as contemplated by the agreements between the parties.

The funds held by Ashurst were subsequently paid away in breach, according to Raffeisen, both of obligations placed on Ashurst's clients and of the Solicitor's Confirmation. Both Asia Coal Energy and Ashurst denied the claims against them.

Raffeisen subsequently sought disclosure of documents and further information from Ashurst in relation to the instructions given to Ashurst by SM Multiartha. At first instance, Moulder J sitting in the High Court refused to order the disclosure sought and Raffeisen appealed.

Raffeisen argued, relying on Conlon, that disclosure should be given on the basis that:

Ashurst's position, accepted by Moulder J at first instance, was that:

The Court of Appeal decision

The basis of the Court of Appeal's analysis of the issue of confidentiality turned heavily on its revisiting of the Conlon case. Conlon itself arose out of a purported settlement of a personal injuries claim, where settlement was alleged to have been effected by way of acceptance of terms of settlement offered in correspondence by solicitors to the claimant. The claimant denied that any settlement had been agreed, and asserted that if his former solicitors had purported to conclude a settlement on his behalf they had done so without his authority.

The claimant then objected to interrogatories3 from the defendant relating to the instructions given to his former solicitors on the grounds that those instructions were subject to legal advice privilege. The Court of Appeal held that the claimant must answer the interrogatories as he could not "claim privilege in respect of that which he said to his solicitor and at the same time has told his solicitor to communicate to the other [claimant] and his solicitors confidentially."

In his leading judgment in Raffeisen, Lord Justice Males considered how similar fact patterns to Conlon, and the Conlon case itself, had been dealt with in two Australian cases: Benecke v National Australia Bank and Moreay Nominees Pty Ltd v McCarthy.4

In Benecke (which did not make reference to Conlon but was premised on similar facts) the Supreme Court of New South Wales found that the appellant "could not make public her version of those communications and, at the same time… to enforce silence on the part of others who disagreed with that version". In Raffesisen, Males LJ concluded that the Benecke judgment confirmed that "privilege had been lost because the claimant herself had put in issue the content of the communications in question."

Conlon was cited in Moreay, in which the Supreme Court of Western Australia concluded that "the correct approach is to assume that privilege initially applied to the discussions and then to ask whether the conduct of the parties (particularly the client), the nature of the dispute that has arisen and the interests of justice generally require a conclusion that privilege was waived in relation to all or part of the discussions."

Considering the two Australian cases together, Males LJ stated that the common principle was that "the initial instructions given by the client [were treated] as confidential, but… that privilege will be waived if the clients put in issue the content of those instructions." Males LJ agreed with that position, and held that it was open to the Court to construe the Conlon decision as resting on the same basis, noting that "[t]he fact that it was the client who put in issue the instructions which he had given to his solicitors was obviously a striking and important feature of the case."

In light of this, Males LJ held that "Conlon does not stand for the proposition that legal advice privilege does not extend to a communication containing information which the client instructs the solicitor to repeat… a statement by a solicitor to a third party as to the instructions he has from his client does not automatically and without more give rise to a loss of confidentiality in the documents which contain or evidence those instructions." As such, there was no basis on which Ashurst's instructions from its client were not confidential, or that confidentiality in them had been lost.

Males LJ then turned to the issue of whether the confidential client instructions could be subject to legal advice privilege. Males LJ considered that Ashurst was instructed by its client in connection with a transaction in which it was providing financing, and that this would have involved Ashurst "providing legal advice to ensure that its client's interests were protected and its commercial objectives achieved." It was in that legal context that Ashurst received the instructions from its client as to how the funds were to be held and that the Solicitor's Confirmation should be provided. As such, Males LJ held that "those instructions formed part of a continuum of communications in a relevant legal context, which were therefore privileged."

Having found that Ashurst's instructions were both confidential and formed part of a continuum of communications in a relevant legal context, Males LJ held that the instructions were privileged and could not be disclosed. He accordingly dismissed the appeal. Lord Justice Baker and Lord Justice Lewison agreed with Males LJ in full.

While Raffeisen can be seen as a re-statement of existing fundamental principles, the re-interpretation of Conlon is helpful to both solicitors and their clients. The Court of Appeal has provided some comfort that solicitors are able to convey the sense of their instructions from clients to third parties without concern that this will result in a loss of confidentiality, and therefore legal advice privilege, in documents evidencing those original instructions.

Clients should be aware, however, that they cannot have their cake and eat it. While instructions to solicitors may be privileged, Raffeisen (and Conlon) make it clear that if a party seeks to make its case by relying on instructions it gave to its solicitors, it cannot then seek to prevent disclosure of those instructions by claiming privilege over them. While the instructions will originally have been privileged, that privileged is waived once reliance is placed on them.

Males LJ's judgment also contained a robust interpretation of the "relevant legal context" test from Three Rivers (No 6),5 and the extent to which this includes advice as to what should prudently and sensibly be done in the relevant legal context as per Balabel.6  The judgment reinforces the established principle that instructions which form part of a continuum of communications in a relevant legal context are privileged. While clients and solicitors cannot assume that each and every communication between them will be subject to legal advice privilege, Males LJ's judgment continues the Court's pragmatic approach to this issue, seeking to reduce the extent to which solicitors and clients must weigh each document forming part of that continuum individually.

Separately, legal advisers should note Males LJ's comments that the requests for information in this case were "prolix, repetitive, unnecessary and disproportionate" such that they had "no place in modern commercial litigation". Males LJ stated that he "would not order Ashurst to answer these Requests irrespective of the issue of privilege". Careful thought needs to be given to any such requests for information and if they are made they should be drafted as precisely and effectively as possible.

Click here to download  'RBI v Asia Coal Energy: Court of Appeal confirms that communication of solicitor instructions does not of itself waive underlying privilege' PDF. 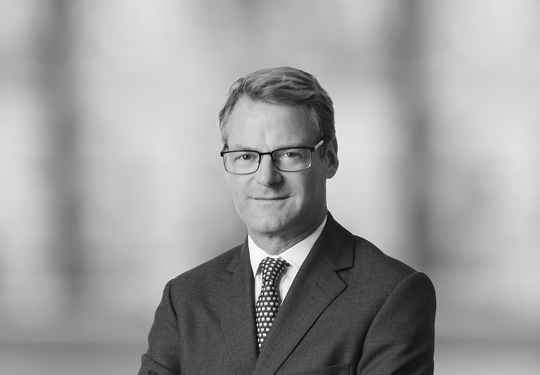