The Law Commission has published its much anticipated report on reform of the UK's anti-money laundering and terrorism financing regime, and in particular of the system of suspicious activity reports ("SARs").1 The proposed changes do not outline wholesale reform, but rather tweaks to the existing regime. Helpfully, the Law Commission has also suggested that financial institutions should be allowed to "ring-fence" potentially illicit funds which have been mixed with legitimate funds – a move which is likely to be welcomed by financial institutions.

Why is reform needed?

Those operating in the regulated sector are obliged to raise suspicions about potential money laundering. If an entity wishes to undertake a transaction involving property suspected of representing the proceeds of crime, it will not commit any of the principal money laundering offences if it files a SAR with the National Crime Agency seeking consent, and in turn receives such consent. We have previously commented on the issues the current SAR regime raises;2 in short, that the bar for suspicion is low, the regime applies to laundering arising from any crime (rather than just from serious crime), and businesses often struggle to understand what should be included in a SAR. This has resulted in a situation where there are a large number of poor quality SARs and some businesses resort to defensive over-reporting, with enforcement agencies struggling to review and investigate in a timely manner and subjects of SARs potentially facing significant and unnecessary financial loss.

In an attempt to combat these issues, the Law Commission has made the following key recommendations:

Ring-fencing the Proceeds of Crime

The most potentially significant of the Law Commission's recommendations is that POCA be amended to create an exemption to allow criminal property to be ring-fenced by credit and financial institutions. This would go some way to rectifying the problem which we have previously identified4 - under POCA, if a bank account has received funds regarding which suspicions exist, the bank risks committing a substantive money laundering offence if it continues to operate the account. As such, it will often submit a SAR and freeze an entire bank account while awaiting consent to continue operating it, with obvious economic consequences for individuals and/or businesses. The Law Commission's suggested exemption would allow banks to take a much more proportionate approach, prohibiting use of the allegedly illicit funds while continuing to provide access to any money which is seen as legitimate. This proposal will be welcomed by financial institutions, especially given the litigation risk which arises when accounts are frozen in this fashion.

No Change to Corporate Criminal Liability

The Law Commission also touched upon the current debate over corporate criminal liability and the introduction of offences of "failure to prevent" economic crime, which could include failure to prevent money laundering. It accepted that a "failure to prevent" model would help to circumvent the difficulties of attributing money laundering offences to the "directing mind and will" of a company. However, it went on to conclude that, given the mixed views on the subject, no change should be made in this regard until the completion of the more wide-ranging Ministry of Justice consultation on corporate criminal liability for economic crime. Many in the regulated sector may see this as a missed opportunity to push for a change which would put the United Kingdom onto the same footing as its EU counterparts, who are required by the Sixth Money Laundering Directive to extend criminal liability for money laundering to legal persons. However, if such a "failure to prevent" offence were to be brought in, it may incentivise defensive reporting, leading to even more SARs. 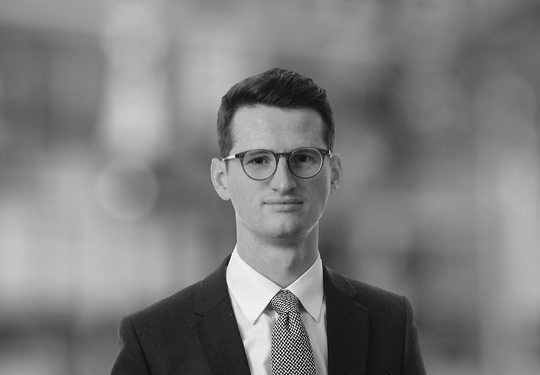