The SEC proposes to update Guide 3

The SEC has published proposed changes to Guide 3 which are intended to update, clarify and codify the Guide with the aim of eliminating overlaps between U.S. GAAP, IFRS or other SEC rules, simplifying compliance efforts and decreasing overall costs for issuers.

On September 17, 2019, the Securities Exchange Commission (the "SEC") proposed rules to update statistical disclosures for banking registrants (the "Proposal") setting forth a number of suggested changes to Industry Guide 3 (Statistical Disclosure by Bank Holding Companies) ("Guide 3"). The Proposal follows an initial request for comment by the SEC in 2017. Broadly speaking, the proposed changes are intended to either align the disclosure requirements with market practice or to eliminate overlaps between U.S. GAAP, IFRS or other SEC rules.

Industry Guide 3 was first published in 1976 and has not been substantively revised since 1986. While it is relatively old and somewhat outdated, compliance with much of the substance of Guide 3 is critical for banks accessing the public capital markets, and has been adopted by bank issuers also in the context of exempt transactions, such as Rule 144A or Section 3(a)(2) offerings. The market has come to expect a significant amount of information from banks and this disclosure can be burdensome and costly to prepare. Furthermore, this burden is enhanced when the bank is foreign and reports using IFRS, or in the case of certain exempt offerings, home country GAAP. Guide 3 does not account for the differences in U.S. GAAP and IFRS explicitly other than generally allowing foreign banks to avoid disclosure where compliance would require "unwarranted or [an] undue burden or expense." Therefore, recognizing significant differences between U.S. GAAP and IFRS in some of the items for which Guide 3 requires disclosure the Proposal seeks to rectify such imbalance.

Since 1986, when Guide 3 was last substantively revised, the financial markets have changed dramatically and the applicable reporting standards (namely U.S. GAAP and IFRS) have changed accordingly. The Proposal aims to eliminate from Guide 3 provisions that replicate, or that are reasonably similar to, requirements under U.S. GAAP, IFRS or other SEC rules. The proposed changes would simplify financial reporting for issuers, reduce duplicative disclosure, and create consistency across (and within) disclosure documents. This will benefit both issuers and investors.

The Proposal seeks to achieve its objective of reducing duplicative provisions by eliminating them from the codified version of Guide 3 (which will ultimately be rescinded, leaving only the newly codified provisions). The codification is discussed further later in this alert. Where certain items are already disclosed by banks in their financial statements, whether prepared under U.S. GAAP or IFRS, the codified version of Guide 3 would no longer require them to restate that information in their filings or offering documents.

One significant improvement for IFRS registrants is the proposal to make it explicit that if, under IFRS, certain items are not required to be disclosed (such as no requirement to disclose nonaccrual loans) then the IFRS registrant would not be required to disclose them in their SEC filings under the newly proposed Guide 3. While issuers could previously avail themselves of provisions relieving them from producing information where that would create an undue burden (both for U.S. GAAP and IFRS registrants), the Proposal explicitly states certain situations in which issuers are automatically exempt (see below for an example). The aim of the Proposal is to make it easier for issuers to know when they are exempt from such disclosure requirements and to reduce the costs associated with making the determination.

Other examples of the changes in the Proposal are the alignment (i) of the number of reporting periods required for Guide 3 disclosure with the number of periods required to be shown in an issuer’s financial statements (save for a few specific instances, such as credit ratios, which still will require five years of disclosure in certain situations), and (ii) of the categories used for disclosure of weighted average yields of debt securities with those required under U.S. GAAP or IFRS, thereby creating consistency across disclosures (benefiting investors) and reducing additional effort for issuers.

The above examples illustrate only a few of the changes set out in the Proposal, but, generally speaking, there are no new significant disclosure requirements imposed by the Proposal. If an issuer, including foreign issuers, previously provided fulsome Guide 3-type disclosure it is unlikely they will be required to make many changes and the changes they will need to make will most likely be ones which make producing the required information less difficult in the future.

As a final note, it is important to know that Guide 3 is currently published as "staff guidance" from the SEC and therefore it does not itself form part of the rules issuers are required to follow. The effect of codifying Guide 3 is to roll the requirements in to the rules and formalize them. Although initially this may appear to heighten the risk and burden on issuers, the SEC believes that this will actually relieve the burden felt by issuers by clarifying questions such as whether Guide 3 was applicable to them or whether they should include certain items, in particular where that disclosure was difficult to provide.

Ultimately, the Proposal is not intended to create a major shift in the disclosure requirements, rather it is intended to make the requirements of Guide 3 more relevant for today’s issuers. While the Proposal is currently open for comment, and therefore could still change significantly when adopted, at present, it appears that the SEC is headed in a sensible direction and is suggesting changes which are likely to be a net positive for issuers, and in particular for foreign issuers utilizing IFRS. 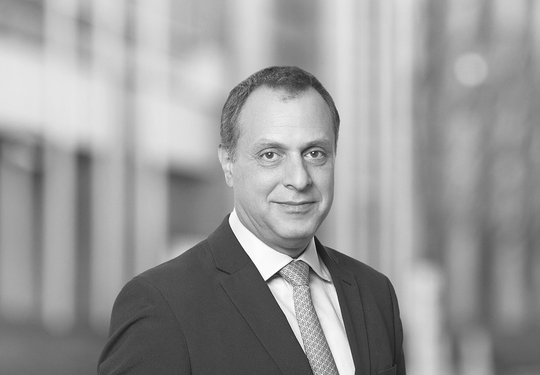