Amending standard forms of construction and engineering contracts to change the risk level between the parties is a perennial issue. This, however, can lead to disputes due to amendments not clearly reflecting the intention of the parties. The TCC recently considered this in relation to ground conditions under a contract based on the FIDIC Silver Book (1999).

A critical component of construction contracts is the allocation of risk between the parties. Negotiations between parties on who bears the risk can have a bearing on the contract price and the parties approach to the works under the contract. Parties often use standard form contracts as the base contract and negotiate amendments to reflect the individual requirements of the project and the parties. This is a practical approach, but can often lead to difficulties if the intention of the parties to amend the contract is not clearly and fully reflected in the contract.

In PBS v Bester, the English Technology and Construction Court considered a dispute in relation to the development of an Industrial Biomass Facility. Bester entered into a contract with a project company to design, construct, install and commission an industrial-fired, energy-generating plant and associated works. Subsequently, Bester entered into a subcontract with PBS for the engineering, procurement and construction of the plant (the "Contract").

(h) – any and all Related Agreements (as Specified in Schedule 11) and documents developed based on such Agreements; every event which is specifically addressed elsewhere in the Contract documents as being under the Employer's Risks."

Unforeseeable Difficulties was defined in Clause 1.1(f) as "any and all difficulties and cost, which the Contractor acting with Good Industry Practice could not reasonably foresee, especially events of Force Majeure, occurrence of Employer's Risks and any other unforeseeable difficulties as expressly stated in the Contract."

The parties disputed the impact of these changes to the FIDIC Silver Book (1999). In its unamended form, the Silver Book generally places the risk of unforeseen site conditions on the Contractor.1 Here, the relevant provisions of the Contract had been modified. Did this lead to a different allocation of risk?

The court, in considering the construction of the Contract, noted that:

On reading the Sub-Clause in isolation, the court acknowledged that it could be read in one of two ways, either:

(i) as a complete transfer of risk for unforeseen site conditions etc; or

(ii) as solely dealing with the consequences of a delay in obtaining specific permits.

The court also remarked it would be inclined to read it the second way, explaining the wording of the clause was "unnecessarily complex" and focused on "specific documents." The court went on to say the "reference to 'error, incorrectness or incompleteness or delay' makes great sense if it is referable to the obtaining of particular documents. It does not make much sense as a way to assign risk of ground conditions." Additionally, the court explained the construction of a clause must also be considered in the context of the entire contract. On PBS's case, the suggested interpretation of Sub-Clause 17.3 (i.e., that it effected a wholesale transfer of risk to the Employer) would directly contradict Sub-Clause 4.10 [Site data], such that the Sub-Clause 4.10 would be rendered ineffective.

Accordingly, the court agreed with Bester's proposed interpretation that the amendments to Sub-Clause 17.3 were limited to transferring the risk to Bester in relation to the specific documents listed in Sub-Clause 17.3(g) only.

The case highlights some of the perils of amending standard forms of contract. The starting point for the parties had been the FIDIC Silver Book–a standard form that effects a clear allocation of risk for unforeseen site conditions. By a process of amendment, the parties had transformed this clear risk allocation into something that was highly ambiguous, and constituted a live issue in hard-fought TCC litigation. Amendments to standard forms, to a greater or lesser degree, are usually both inevitable and desirable, to tailor the contract to the circumstances of the parties and the project.2 However, where amendments are being contemplated, it is always necessary for the parties to stop and ask themselves the question: "who will now bear the risk of X?" Asking and answering that question will help the parties stress test the suitability of any proposed amendment.

1 This is also the case under the FIDIC Silver Book, 2nd ed 2017.
2 Although extensive modifications, particularly those which go to the core principles used in a standard form of contract, are often seen as undesirable: see, for example, the FIDIC Golden Principles (1st ed, 2019). 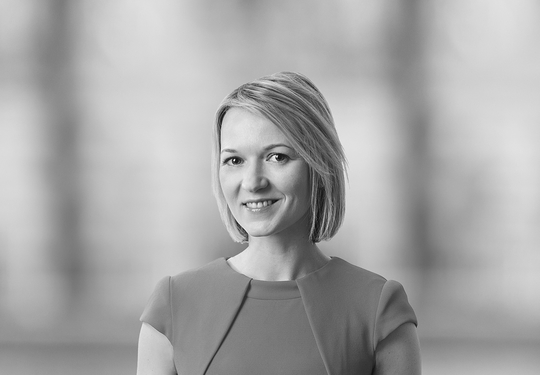