A revised version of the SIAC Rules of Arbitration has just been released, coming into effect on 1 August. The new rules will keep SIAC at 'the cutting edge of international arbitration practice' according to Gary Born, the SIAC Court's president. The new rules aim at improving efficiency in the arbitral process, and include an innovative procedure for early dismissal of claims and defences. SIAC also has updated its rules in line with other major institutions, with some further improvements. A key example is the new multi-party and multi-contract provisions.

In recent years, the Singapore International Arbitration Centre ("SIAC") has emerged as one of the most popular options for international disputes in Asia and more broadly. However, parties have increasingly flagged delay and inefficiency as key concerns in international arbitration. The new SIAC Rules seek to address those concerns. The most significant innovation is the new early dismissal procedure. It allows a claimant to proceed quickly to an enforceable award if the respondent's defence lacks any legal basis or is outside the tribunal's jurisdiction. It also allows a respondent to strike-out weak and speculative claims made against it. SIAC is the first major arbitral institution to include this type of provision in its rules. It differentiates SIAC from other institutions.

SIAC has also made other changes to streamline its procedure. For example, the emergency arbitrator provisions now include a 14-day deadline for granting interim relief. The threshold for the expedited procedure also has been raised, from SGD 5 million to SGD 6 million.

The new rules include sophisticated multi-party and multi-contract provisions. This brings them into line with the rules offered by competitor institutions such as the ICC and HKIAC. The new rules include provisions on consolidation and joinder. But rather than simply imitating the rules of other institutions, they aim to improve on them. In particular, its consolidation provisions allow parties to file a single Notice of Arbitration commencing multiple arbitrations under different contracts, along with an application for consolidation. This means that if consolidation is not granted, a party would not have to re-commence proceedings separately, providing added certainty.

The most innovative aspect of the revised rules is the procedure for early dismissal of claims and defences. This has long been an option for parties before certain national courts. However, it has not been on offer in international arbitration. Instead, parties have had to argue cases to their final conclusion regardless of the strength of the parties' claims. This can be a frustrating and costly experience. This is especially so where a party is faced with defending against a weak or speculative claim. The procedure will likely be an important differentiator for SIAC and may well increase its popularity as the forum of choice for commercial parties.

The new procedure for early dismissal applications is simple and robust. A party can apply for claims or defences to be dismissed at any time during the arbitration. Applications can be based on the claim or defence being "manifestly without legal merit" or "manifestly outside the jurisdiction of the Tribunal". The tribunal then has the discretion whether the application should proceed or not. If the tribunal allows an application to proceed, it has 60 days from the application's date to issue an order or award.

It will be interesting to observe how often early dismissal applications are made and how often they succeed. If the procedure works well, other major arbitral institutions are likely to adopt it.

A further change intended to improve the procedure is an express power for the emergency arbitrator to issue preliminary orders before the parties make full submissions.

The new rules also build on the success and popularity of the SIAC Rules' expedited procedure. A party can now opt in to the procedure without the other party's agreement when the amount in dispute is under SGD 6 million, rather than the previous threshold of SGD 5 million. Further, the onus is now on the tribunal to decide whether the dispute shall be resolved on a documents-only basis, in consultation with the parties. This had previously been subject to the parties agreeing.

Catching up, and improving: Provisions for multi-contract, multi-party arbitrations

The new rules also contain provisions on joinder and intervention. They allow both existing parties and non-parties to apply for joinder both before the tribunal is constituted (to the SIAC Court) and after (directly to the tribunal itself). A successful joinder application requires that either: (i) the additional party is prima facie bound by the arbitration agreement that forms the basis of the arbitration; or (ii) all parties, including the additional party, have consented in writing to the joinder.

Also, after consolidation is granted (by either the SIAC Court or the tribunal), any party who has yet to nominate an arbitrator or participate in the tribunal's constitution will be deemed to have waived its right to do so. However, that party would have the right to challenge any arbitrator appointed.

The new SIAC Rules contain a number of notable innovations, in particular the early dismissal procedure. Largely, however, the changes reflect an incremental approach, aimed at promoting efficiency where possible and keeping up to date with current arbitral practice. While delay and cost will likely remain a concern for parties, the revised rules go some significant way to addressing those problems. 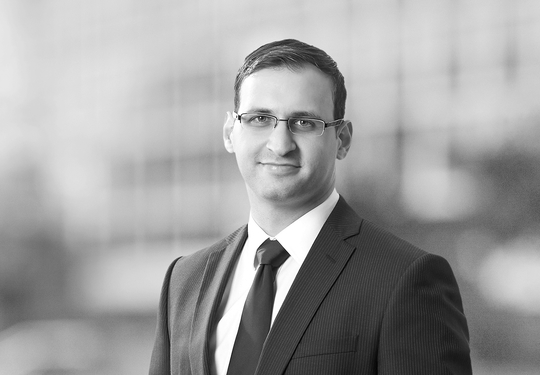