The Supreme Court Decision of November 13, 2019

The most relevant aspects of the Decision of reference are the following:

From a practical standpoint the following considerations may be made:

The Supreme Court has confirmed, for the first time, the right of non EU resident Funds to the reimbursement of withholding taxes borne in Spain in excess of the limited (1%) taxation applicable to comparable qualifying Spanish resident Institutions. Affected non resident Funds should approach the Spanish Tax Administration and formally (and timely) claim the reimbursement of said excess withholding taxes paid plus late interest. Filing the related claim is essential in exercising the right recognized by the Supreme Court which, on the other hand, especially notes that any formal requirement attempted to be imposed by the Tax Administration may not be of such demanding nature that it effectively impedes or gravely blocks the obtaining of the refund.

The specific means to prove the tax residence of the Investment Fund in a third country and its comparable qualifying nature will vary depending on the country of residence´s certification practice and on whether or not a Double Tax Convention with Spain is in place. In the specific case of the Supreme Court´s decision of reference concerning a US Fund a Certificate issued by the US Treasury reporting on the tax domicile in the US of the Fund, a Certificate attesting to its condition of registered variable capital Investment Fund subject to due supervisión by the SEC and a reference to the Spain-US Double Tax Convention were deemed sufficient basis for completion of the test by the Spanish Tax Administration.

Where a Double Tax Convention with Spain containing an appropriate Exchange of Information clause is in place the Supreme Court has ruled that such framework is the appropriate one for the Spanish Tax Administration (burden of the proof not on the Fund but on the Administration) to directly contact the US Tax Authorities and verify the related status requisites of the Fund. Where no Double Tax Convention is in place the non resident Fund will need to prove through acceptable means its similarity with relevant qualifying Funds. In both cases, reference to defining features per Directive 2009/65/CE is relevant.

Spanish non resident income tax legislation does not regulate a specific procedure to claim the reimbursement of this type of excess withholding taxes borne. Close follow up of future amendments to Spanish legislation enabling such reimbursements will, therefore, be required while, in parallel, ensuring that all the abovementioned certifications are obtained. In the meantime and with the eye on future distributions, sharing in advance the above Court decision as well as the relevant supporting documentation of the Fund´s qualifying status with the Spanish dividend paying participated entities might also be advisable.

The Spanish Supreme Court has opened the door, for the first time, to recovery in Spain by non EU Investment Funds which are comparable to qualifying Spanish resident Investment Institutions, the amount of any withholding taxes borne in excess of the final taxation (at 1%) paid by said resident Institutions. The decision derives from the incompatibility of Spanish law with the EU freedom of movement of capitals. While Spanish legislation still needs to be amended to accommodate the above principle, non EU Investment Funds having paid such excess withholding taxes should focus on duly claiming any reimbursable amount and supporting through the appropriate documentation their status as comparable entities to qualifying Spanish resident Funds. 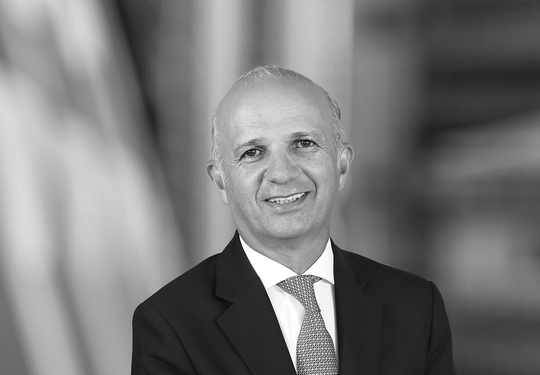