The ability of parties to enforce arbitral awards or judgments is key. Increasingly enforcement proceedings involve international parties, including sovereign states, and assets spread across many different jurisdictions. There are a number of mechanisms available through the English courts which can be used to assist in such enforcement, one of which is the third party debt order.

In Hardy Exploration & Production (India) Inc v Government of India,1 the Commercial Court considered the scope of its jurisdiction to grant third party debt orders ("TPDOs") in the context of an arbitral award obtained against a sovereign state. The decision clarifies the test used to determine where the debt is located for these purposes and the circumstances in which such an order can be granted against a foreign debt (properly recoverable outside the jurisdiction).

IIFC applied for the discharge of the interim TPDO, arguing:

The judge set out the key principles governing the approach that the Court should take to the grant of a TPDO and in determining the situs of a debt. The fundamental principle is that debts are generally situated in the country where they are properly recoverable or can be enforced. That is the jurisdiction where an action can be brought to recover the debt (whether under a jurisdiction agreement or operation of private international law), rather than the jurisdiction where the relevant judgment debt would be enforced.

On the facts, the judge held that the situs of the relevant debt was India and that, as a matter of Indian law, a payment made under a TPDO would not discharge the debt. As such, the Court did not have jurisdiction to make the TPDO. In any event, the judge held that he would not have exercised his discretion to uphold the TPDO even if the Court did have the jurisdiction to make the order. Finally, the judge also determined that the relevant debt was not "due or accruing due" at the date on which the interim TPDO was made, such that the debt fell outside of CPR 72 and the interim TPDO should be discharged on that basis.

This case makes clear that, where debts are sited outside England and Wales, the Court can only grant a TPDO where payment of sums due under it will effectively discharge the relevant debt. This will be a matter of the law of the jurisdiction governing the relevant debt obligations. In Hardy, this was Indian law and the judge determined, that under Indian law payment under a TPDO would not discharge the underlying debt obligation so the Court did not have jurisdiction to make a TPDO.

The judge also held that the debt was not "due or accruing due" at the time at which the interim TPDO was granted as there was not an "immediate and unconditional obligation" to pay the relevant sum. He therefore discharged the interim TPDO.

This decision brings some clarity to an area that was subject to a lengthy history of potentially conflicting and confusing authority. Following the judgment, it is clear that the fact a debtor is domiciled or resident in England and Wales will not, on its own, be enough to ensure that the Court has jurisdiction to make a TPDO. It is highly likely that the situs of a debt will be held to be the jurisdiction where any disputes in relation to the debt are to be resolved – this will either be determined by the jurisdiction clause in the debt instrument or a matter of general private international law principles.

If an award creditor considers the situs of an underlying debt is likely to be outside of England and Wales, then local law advice from the relevant jurisdiction should be sought to determine whether a payment under the TPDO would be treated as satisfying the debt in that jurisdiction. Award creditors and debtors will need to consider enforcement opportunities and risks, respectively, from a global perspective, in the knowledge that advice across borders is likely to be essential in order to formulate the right strategy. 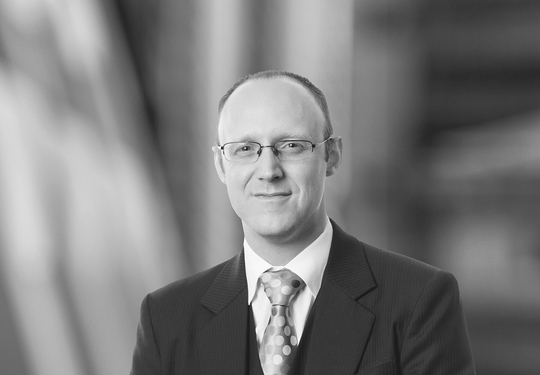