On April 4, 2016, the Internal Revenue Service and the Treasury Department issued temporary and proposed regulations formalizing rules contained in Notices 2014-52 and 2015-79 limiting corporate tax inversions, as well as adding new rules addressing inversions and earnings stripping transactions. The new rules covering inversions affect transactions that are happening currently in the marketplace, while the earnings stripping rules can impact intercompany debt arrangements in a surprisingly wide array of circumstances that go well beyond inversions.

On April 4, 2016, the Internal Revenue Service ("IRS") and the Treasury Department issued temporary and proposed regulations formalizing rules contained in Notices 2014-52 and 2015-79 limiting corporate tax inversions, as well as adding new rules addressing inversions and earnings stripping transactions. The rules specifically targeting inversions were issued as final and temporary regulations (T.D. 9761) and as proposed rules (REG-135734-14) that cross-reference the final and temporary regulations (the "Anti-Inversion Regulations"). The regulations on earnings stripping came in proposed form (REG-108060-15) (the "385 Regulations").

The 385 Regulations create new rules that:
• treat related party debt issued or exchanged pursuant to certain transactions as stock for tax purposes (the "Classification Rule"),
• impose certain documentation requirements that must be met in order for a purported debt i1nstrument to be treated as debt (the "Documentation Rule"), and
• authorize the Commissioner to treat a single instrument as part-debt and part-equity, in sharp contrast with the all-or-nothing rule under existing debt-equity authorities.

A. Existing Law Prior to the Anti-Inversion Regulations

The anti-inversion rules were amplified by two IRS notices beginning in October 2014. Notice 2014-52 limited the ability of U.S. companies to engage in inversion transactions by tightening the ownership fraction calculation by (1) excluding passive assets from the valuation of a new foreign parent, thereby reducing the new foreign parent's value and (2) disregarding any extraordinary dividends paid by a former U.S. parent prior to an inversion, thereby increasing the former U.S. parent's value, among other measures.

Notice 2014-52 also included rules intended to prevent circumvention of Subpart F, including treating the stock or debt of a related foreign entity as U.S. property for purposes of Section 956 when acquired by a CFC of an expatriated domestic entity (the "anti-hopscotch" rule).

Notice 2015-79 augmented the 2014 notice and made minor corrections. The 2015 notice narrowed the 25% "substantial business activities" exception by requiring that the new foreign parent be a tax resident of the country in which it is organized in order for the exception to apply. It strengthened the 80% test by introducing the "third country" rule, which, for purposes of calculating the ownership fraction, disregards stock of a new foreign parent that is issued to shareholders of the existing foreign combining entity where such new foreign parent is located in a third country (generally resulting in the U.S. company shareholders owning 100% for purposes of the calculation). Notice 2015-79 also limited tax benefits associated with certain post-inversion transactions, mainly relating to property leaving a CFC of the inverted U.S. entity (or the stock of the CFC being transferred to the new foreign parent), similar in concept to the anti-hopscotch rule described above.

The Anti-Inversion Regulations released on April 4, 2016 enact with few modifications the rules described in Notices 2014-52 and 2015-79 and also include several new rules targeting inversions and certain post-inversion transactions.

Among the new rules intended to prevent circumvention of Section 956 and the CFC rules is one that addresses situations in which a CFC of an inverted U.S. group engages in a post-inversion Section 351 exchange that could dilute a U.S. shareholder's indirect interest in the exchanged asset, allowing the U.S. shareholder to avoid U.S. tax on any realized gain in the asset that is not recognized at the time of the transfer. The CFC Rules require a CFC of an inverted U.S. group to recognize all realized gain with respect to any such post-inversion Section 351 exchange.

A. Existing Law Prior to the Section 385 Regulations

In Notices 2014-52 and 2015-79, Treasury and the IRS highlighted their concern about transactions involving the use of indebtedness in order to facilitate the stripping of the U.S. tax base of a corporate group following an inversion transaction. For example, a U.S. corporation may erode its U.S. tax base by making deductible payments to its inverted parent which, in turn, may be subject to little or no tax. In addition, a U.S. corporation may be able to repatriate untaxed E&P from CFCs in the form of a non-  taxable return of capital by having the CFC distribute a note to the U.S. corporation in a year that the CFC has no E&P and making payments thereon in subsequent years.

The primary means of attacking earnings stripping that pre-dates the Section 385 Regulations is Section 163(j). Under Section 163(j), interest deductions are generally deferred to the extent of the borrower's "excess interest expense" (generally, net interest expense over 50% of adjusted taxable income) where the borrower's debt/equity ratio exceeds 1.5/1 and interest is paid to a related party that does not recognize taxable income on the payment.

Under existing law prior to the Section 385 Regulations, whether an instrument is classified as debt or equity depends on a list of judicially developed factors that look upon the substance of the transactions and the intent of the parties.

The 385 Regulations introduce rules that affect the classification of instruments in related party transactions, and which supplement the judicially developed rules under existing debt-equity authority.

Under the Classification Rule, related-party debt that is issued, distributed or exchanged in certain transactions will be characterized as equity for tax purposes, even if under existing debt-equity authority such instruments are treated as indebtedness. The result of equity classification is that interest deductions will be disallowed, and withholding obligations of 30% (or lower rate based on an applicable income tax treaty) could ensue.

The Classification Rule generally applies to the issuance of debt by a corporation to a member of its "expanded group" (generally, an affiliated group as defined in Section 1504, subject to various expansions, such that it includes foreign and tax-exempt corporations, for example) in each of the following situations:

The Classification Rule does not apply if (i) the distributing or acquiring corporation has E&P in excess of the amount of the distribution or acquisition (as the case may be); or (ii) the aggregate issue price of all expanded group debt instruments that otherwise would be treated as stock under the 385 Regulations does not exceed $50 million (measured at the time that the instrument is issued), among other exceptions.

To satisfy the Documentation rule, there must be written documentation establishing that:

• the issuer has entered into an unconditional and legally binding obligation to pay a sum certain on demand or at one or more fixed dates,
• the holder has the rights of a creditor to enforce the obligation, generally including, but not limited to, the right to cause or trigger an event of default or acceleration of the debt (when the event of default or acceleration is not automatic) for non-payment of interest or principal when due, the right to sue the issuer to enforce payment and a superior right to shareholders to share in the assets of the issuer in case of dissolution,
• there is a reasonable expectation of repayment, which may include cash flow projections, financial statements and other information regarding the sources of funds enabling the issuer to meets its obligations under the terms of the instrument, and
• there is a genuine debtor-creditor relationship, including documentation providing evidence of payments of principal and interest or, if such amounts have not been paid when due, documentation evidencing the holder's reasonable exercise of the diligence and judgment of a creditor.

The Documentation Rule is proposed to apply with respect to any applicable instrument issued (or deemed issued) on or after the date that the Section 385 Regulations are finalized.

[1] - Unless otherwise noted, all "Section" references are to the Code. 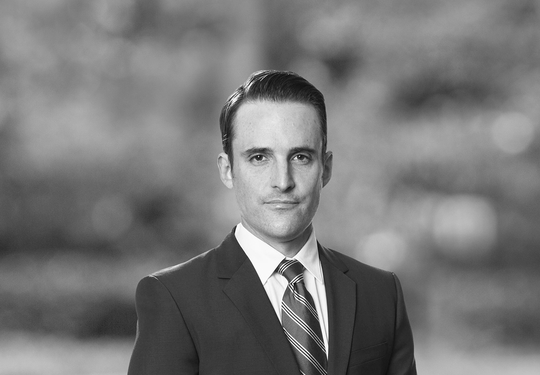 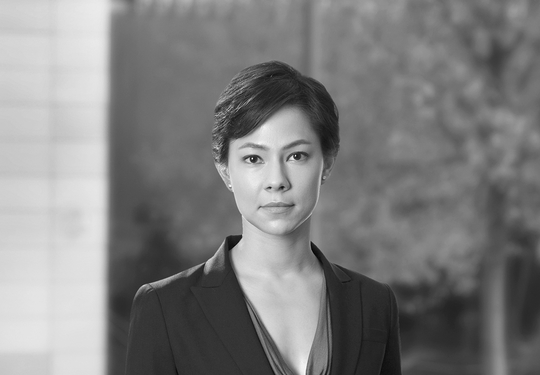 Narissa A. Lyngen
view all