The UK Supreme Court has delivered its long-awaited decision in Halliburton v Chubb1 regarding an arbitrator's duty to disclose multiple appointments in related arbitrations. In a decision of significance to the international arbitration community, the UK Supreme Court affirmed that arbitrators have a legal duty to disclose circumstances that would or might give rise to doubts as to an arbitrator's impartiality, which may include acceptance of multiple appointments in overlapping arbitrations. Although an arbitrator's failure to disclose would be relevant to the court's assessment of apparent bias, it is not determinative. The Court re-affirmed that courts should apply an objective test, paying regard to the factual matrix as at the time of the hearing to remove the arbitrator, as well as the custom and practice of the field of arbitration.

The case concerned an arbitration between Halliburton Company and Chubb Bermuda Insurance Company, regarding claims arising out of the Deepwater Horizon incident, where an oil drilling rig in the Gulf of Mexico exploded in 2010, causing the largest marine oil spill in history. The drilling rig was owned by Transocean Holdings LLC, operated by BP and serviced by Halliburton.

In January 2015, Halliburton commenced arbitration against Chubb. Following a disagreement as to the tribunal Chair, the English High Court appointed Chubb's preferred choice, Mr Kenneth Rokison QC ("M"). In December 2015, M subsequently accepted two further appointments. First, an appointment by Chubb in an arbitration commenced by Transocean relating to its settlement of the Deepwater Horizon claim. Second, an appointment in another arbitration arising out of the Deepwater Horizon incident on the joint nomination of parties in a claim by Transocean against a different insurer. Neither appointment was disclosed to Halliburton.

Upon learning of the related references several months later, Halliburton applied to the English High Court to remove M as an arbitrator on grounds of justifiable doubts as to his impartiality, under Section 24(1)(a) of the Arbitration Act 1996. Halliburton argued that M's acceptance of appointments in the Transocean references, and his failure to disclose them, gave rise to an appearance of bias stemming from: (a) the secret benefit he had received from Chubb in the form of the remuneration he would earn from the appointment; and (b) the information he would learn from the Transocean references which was relevant to Halliburton's dispute and available to Chubb, but not to Halliburton. The High Court2 rejected the application and Halliburton's appeal to the Court of Appeal was dismissed.3

The Court of Appeal held:

On the facts, the Court of Appeal concluded that M's overlapping appointments and failure to disclose the Transocean references did not give rise to an appearance of bias.8 In particular, the court considered that although M had accepted multiple appointments on overlapping subject matter, and that he had failed to disclose those appointments as he was required to do, the undefined element of "something more" was missing. Accordingly, the Court of Appeal found that a fair-minded and informed observer would not consider that there were justifiable doubts as to M's impartiality.9

Halliburton appealed to the Supreme Court.

The principal issues to be determined were:

2. To what extent can an arbitrator accept such multiple appointments without disclosure?
Arbitrators have a legal duty to disclose facts or circumstances which "would or might" reasonably give rise to the appearance of bias, unless the parties otherwise agree.11 The duty to disclose arises out of the arbitrator's statutory duty to act fairly and impartially, and gives rise to an implied term in the arbitrator's contract. Failure to make such a disclosure is itself a relevant consideration when deciding whether apparent bias exists.12 The Supreme Court therefore again disagreed with the Court of Appeal, which held that a failure to disclose could not, without "something more", give rise to an appearance of bias.

In Bermuda Form arbitrations, multiple appointments should generally be disclosed. The Court considered that there was no established custom or practice in this field of arbitration that shows party-consent to an arbitrator accepting multiple appointments without disclosure. It further remarked that arbitration institutions may remove any doubt on this issue by codifying their customs or practice in rules or guidance.

On the facts, the Court held that M was under a legal duty to disclose to Halliburton his appointment in the related references between Chubb and Transocean, and that he had failed to do so. This was because, at the time of M's appointment, the existence of potentially overlapping arbitrations with only one common party (Chubb) might reasonably give rise to a real possibility of bias.13 However, by the time the application to remove M was heard at first instance, the Court held that a fair-minded and informed observer would not infer from the non-disclosure that there was a real possibility of bias:

(a) The failure to disclose was merely an oversight, at a time when it was not clear whether English law imposed such a duty of disclosure;

(b) The related references commenced several months after the first reference;

(c) By the date of the first instance hearing for removal, M explained that the subsequent references were likely to be determined by a preliminary legal issue, so that Chubb would gain no advantage as a common party to the related arbitrations. M offered to consider resigning from the Transocean arbitrations if they were not resolved in that way;

(d) There was no question of M having received any secret financial benefit. If his compensation on the related references were such a benefit, every party-appointed arbitrator would be disqualified; and

(e) There was no basis for inferring from M's actions that he bore any unconscious ill will towards Halliburton.14

In dismissing the appeal, the Supreme Court therefore re-affirmed the existing position under English law of an arbitrator's core duty to act fairly and impartially, with a corollary duty of disclosure:

(a) Duty of impartiality
The Supreme Court confirmed that the duty of impartiality is a core principle of arbitration law, applicable to both party-appointed and independently appointed arbitrators.15 Under sections 1 and 33 of the Arbitration Act 1996, arbitrators are under a duty to act fairly and impartially in arbitral proceedings, which applies equally to party-appointed arbitrators as to an arbitrator chairing the tribunal. This statutory duty gives rise to an implied term in the contract between the arbitrator and the parties that the arbitrator would be fair and impartial. The existence of this legal duty promotes transparency in arbitration and the Supreme Court expressly acknowledged that such duty is consistent with the best practice guidelines of the IBA, as well as institutional rules such as the ICC and LCIA.

(b) Objective test of apparent bias
The Supreme Court agreed with the Court of Appeal that the applicable test for removal of an arbitrator under Section 24(1)(a) of the Arbitration Act 1996 is whether a fair-minded and informed observer would conclude that there was a real possibility of bias.16 This objective test is the same as the common law test for apparent bias and applies equally to judges as well as all arbitrators.

However, when applying this objective test to arbitrators, the Court must pay regard to: (i) the distinguishing characteristics of commercial arbitration (such as its consensual nature, the privacy of proceedings and limited rights of appeal), which place a premium on the role of "proper disclosure as a means of maintaining the integrity of international arbitration";17 and (ii) the customs and practices in the relevant field of arbitration.

(c) Duty of disclosure
The Supreme Court held that, under English law, an arbitrator is under a continuing legal duty to disclose matters that might reasonably give rise to justifiable doubts as to their impartiality.18  The duty of disclosure is not simply good arbitral practice, but "an essential corollary of the statutory obligation of impartiality"19 However, this duty does not supersede the arbitrator's duty to safeguard privacy and confidentiality under English law. Indeed, where the duty of confidentiality covers the information to be disclosed, the arbitrator must obtain the consent of the parties before making a disclosure. Such consent may be express or inferred (e.g. from the custom and practice of the relevant field of arbitration or where the parties have submitted to institutional rules which include duties of disclosure). An arbitrator's failure to disclose is a factor that the fair-minded and informed observer will take into account in assessing whether there is a real possibility of bias.20

In order to assess whether an arbitrator has breached his duty of disclosure, the Court would take into account "the circumstances at the time the duty arose".21 In contrast, when assessing the wider question of whether there was a real possibility that the arbitrator was biased, the Court will have regard to the facts and circumstances known "at the time of the hearing to remove" that arbitrator.22

This decision has provided clarification on the existence and scope of the legal duty of disclosure by arbitrators, retaining flexibility according to context of each case. Given the robust nature of this duty of disclosure, arbitrators would be well-advised to reflect on whether to disclose when matters arise which may give rise to apparent bias. This is particularly important where there is no custom or practice in that field of arbitration permitting an arbitrator to accept multiple appointments without disclosure.

The Supreme Court took a pragmatic stance, moving away from the Court of Appeal's ambiguous reasoning that "something more" is needed beyond multiple appointments with overlapping subject matter and only one common party, ruling instead that accepting such appointments without disclosure can itself give rise to an appearance of bias in certain circumstances. However, the decision still mirrors the seemingly pro-arbitrator stance of the Court of Appeal, effectively stating that although an arbitrator may have a duty to disclose multiple appointments, there is still a relatively high hurdle to clear in proving that a failure to do so suggests bias. This decision now places emphasis on the circumstances known "at the time of the hearing to remove the arbitrator", in assessing whether there is a real possibility of bias.

Given the fact-specific nature of this enquiry, as well as the importance of custom and practice of the arbitral field in a given case, it remains to be seen whether this judgment will give rise to divergent outcomes. 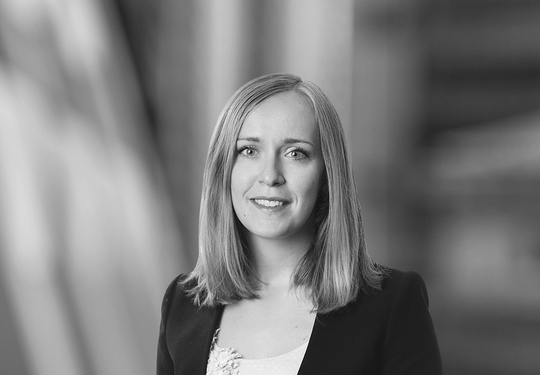 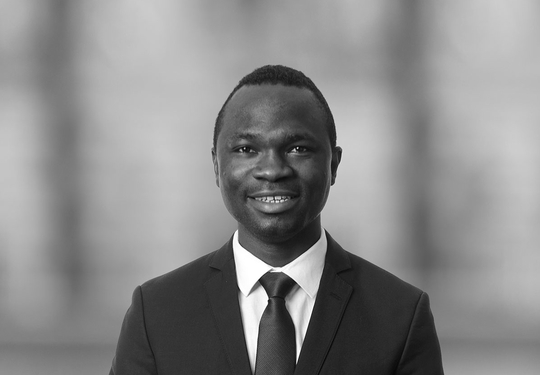 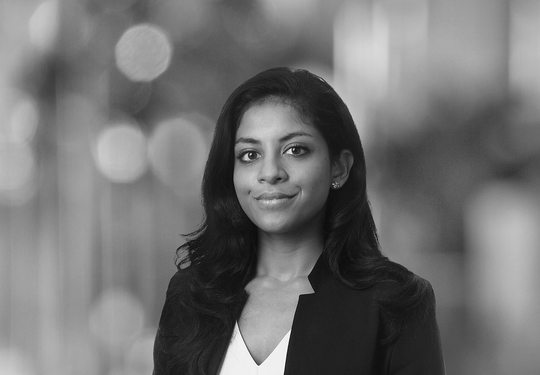