On Tuesday, the United States Supreme Court ruled that plaintiffs cannot sue foreign corporations for claims brought under the Alien Tort Statute ("ATS"). Part of the Judiciary Act of 1789, the ATS provides federal courts with "original jurisdiction" over "any civil action by an alien for a tort only, committed in violation of the law of nations or a treaty of the United States." The ATS does not define what constitute violations of international law or the parties who may be liable for those violations. In its opinion, the Court explained that ordinarily Congress should decide whether a corporate defendant ought to be subject to a lawsuit, and that "neither the language of the ATS nor the precedents interpreting it support an exception" to that general principle.1 This decision demonstrates the continued trend in Supreme Court jurisprudence to narrow the types of actions that can be brought against foreign entities in US courts.

The Court's decision in Jesner v. Arab Bank affirmed the Second Circuit's dismissal of a suit against a Jordanian financial institution, Arab Bank PLC. This case arose from five ATS lawsuits against Arab Bank, originally filed in the United States District Court for the Eastern District of New York between 2004 and 2010. Plaintiffs, a majority of whom were foreign nationals, alleged that they or their family members were injured in terrorist attacks in Israel, the West Bank, and the Gaza Strip occurring between January 1995 and July 2005. The plaintiffs claimed that Arab Bank helped facilitate financial transactions for terrorist groups such as Hamas, as well as for terrorist "front" organizations, including the Texas-based charity, the Holy Land Foundation for Relief and Development. Although a majority of the plaintiffs’ allegations involved conduct occurring only in the Middle East, the plaintiffs also claimed that Arab Bank had used its New York branch to clear US dollar transactions, which in turn benefited the perpetrators of the terrorist attacks.

Petitioners, the foreign national plaintiffs in the various cases against Arab Bank, sought to overturn the Second Circuit’s ruling, which previously determined that the plaintiffs could not use the ATS to bring tort claims against Arab Bank. The Second Circuit’s decision was based in part on a 2013 Supreme Court case, Kiobel v. Royal Dutch Shell, which limited the use of the ATS against foreign corporations where "all the relevant conduct took place outside the United States."2

In Jesner, the Supreme Court noted that international agreements governing international criminal tribunals generally have only applied to individuals, not companies. Moreover, the Rome Statute of the International Criminal Court had considered a corporate liability provision, but ultimately that provision was removed from the final Statute. Thus, the Court held that "[t]he international community’s conscious decision to limit the authority of these international tribunals to natural persons counsels against a broad holding that there is a specific, universal, and obligatory norm of corporate liability under currently prevailing international law."3 Under these circumstances, the Supreme Court explained that the courts should generally refrain from creating private rights of action because those decisions are better left to the legislature.

The potential repercussions on US foreign relations inherent in ATS cases also played an important part in the Court’s decision. The Court highlighted the role of Congress and the Executive Branch in matters of foreign policy, and noted that the foreign policy concerns implicated in ATS claims only increase the need for caution by the judiciary in creating private rights of action. Consequently, the Court concluded that "absent further action from Congress it would be inappropriate for courts to extend ATS liability to foreign corporations."4

The US and Jordan both weighed in as amici in the case. Although the US argued that foreign corporations could be held liable under the ATS for actions that touch the US, it nonetheless concluded that Arab Bank's alleged conduct was too remote from the US for the ATS to apply. In particular, the US discussed the "need for judicial caution about foreign policy concerns" when evaluating an ATS claim in instances where the connection between a defendant's conduct and the US is so limited.5

In its brief, Jordan stated that the case was a "grave affront" to its sovereignty, and that the potentially massive liability Arab Bank might be exposed to "threaten[ed] to destabilize Jordan's economy and undermine its cooperation with the United States."6 Jordan also explained that because ATS claims can reach primarily extraterritorial conduct of foreign nationals, these cases "present a heightened risk that US courts will trench on foreign sovereign prerogatives."7 The Supreme Court observed that "this is not the first time" a foreign sovereign "has appeared in this Court to note its objections to ATS litigation," which is indicative of the type of "foreign-relations tensions" that ought to be avoided in ATS cases.8

The Court's ruling definitively precludes actions against foreign corporations under the ATS, thereby further narrowing the types of cases that can be brought against foreign entities in US courts. 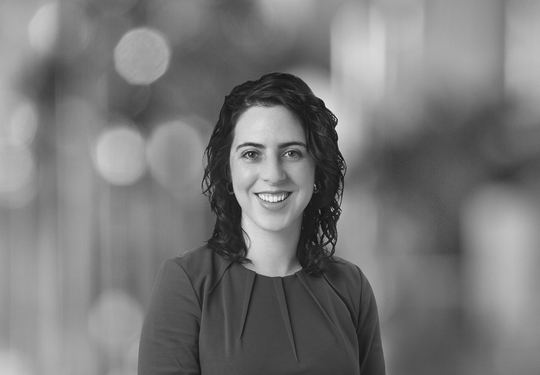