On December 2, 2019, the Office of the US Trade Representative (USTR) announced its determination that France's Digital Services Tax (DST) is "unreasonable or discriminatory and burdens or restricts U.S. commerce" and is therefore actionable under Section 301 of the Trade Act of 1974. Based on this determination, and in response to the acts, policies, and practices covered by the Section 301 investigation, USTR has proposed to impose tariffs "of up to 100 percent" on a list of French-origin goods with an annual import value of $2.4 billion, and "is considering whether to impose fees or restrictions on services of France." The latter proposal represents the first time that the Trump administration has formally proposed to restrict services imports in response to "unfair" foreign government practices. USTR is inviting public comments on these proposed trade restrictions by the following deadlines:

This alert provides an overview of USTR's determination, the next steps in the Section 301 investigation, and the status of discussions at the OECD regarding taxation of digital services.

Determination on the Acts, Policies, and Practices under Investigation

USTR has provided further details on the findings of its investigation in a publicly available report on its website, available here. Notably, although the report concludes that "[a] range of tools may be appropriate to address these serious matters, including intensive bilateral engagement, WTO dispute settlement, or 'imposing duties, fees, or other import restrictions'," USTR's proposed action (discussed below) contemplates only unilateral measures, as opposed to WTO dispute settlement, in response to the DST. Although this unilateralism would raise serious questions regarding the actions' consistency with the United States' own obligations under the WTO Agreements, such concerns did not deter the Trump administration from taking similar unilateral action under Section 301 to combat alleged Chinese trade practices (please refer to the W&C US Trade Alert dated June 19, 2018.)

Proposed Action to be Taken in the Investigation

In a Federal Register notice, USTR has proposed to respond to the French DST by imposing tariffs "of up to 100 percent" on a list French products with an annual import value of approximately $2.4 billion, including dairy products, cosmetics, sparkling wine, and leather goods. In addition, and "[i]n light of the fact that the actionable act, policy, or practice of France involves a tax on U.S. service providers," USTR "is considering whether to impose fees or restrictions on services of France." This element of the proposed action is noteworthy, as it represents the first time that the Trump administration has proposed to retaliate against "unfair" foreign government trade practices by restricting US imports of services, rather than goods. The dispute over the French DST therefore has the potential to disrupt the supply of services from France to the United States, which totalled approximately $17.5 billion in 2017.

USTR is requesting public comments on both aspects of its proposed action, as explained below.

With respect to the proposed tariffs on French goods, USTR has specifically invited comments on the following issues:

Fees or restrictions on services

With respect to potential fees or restrictions on French services, USTR seeks comments on the following issues:

The lack of additional details on this proposed action (e.g., potential services to be restricted) contrasts with the tariff proposal and may indicate that USTR is not prepared to implement such measures at this stage.

USTR's proposal to retaliate unilaterally against the DST, including through potential restrictions on services trade, may run afoul of the United States' WTO obligations, which require Members to use WTO dispute settlement, not unilateral actions, to address any perceived violations of the WTO Agreements. Nevertheless, the Trump administration's Section 301 actions against China, and recent statements from Congress on the DST, indicate little concern within the US government about using the threat of unilateral trade actions to deter foreign government practices that are perceived to disadvantage US interests. Indeed, Senate Finance Committee Chairman Chuck Grassley (R-Iowa) and Ranking Member Ron Wyden (D-Ore.) have issued a statement praising USTR's latest action, stating that "[w]e welcome this step from USTR on behalf of US companies being unfairly targeted and harmed by the French tax[.]"

Groups representing US digital services companies, such as the Information Technology Industry Council (ITI), also have praised USTR's finding and willingness "to prepare a strong trade response should the measure remain in place." However, the ITI and similar groups, such as the Internet Association, have continued to urge the United States and France to reach a negotiated solution in the context of the ongoing discussions at the OECD regarding digital services taxation, rather than resorting to unilateral trade restrictions.

As part of its Base Erosion and Profit Shifting ("BEPS") project, which aims to "tackle tax avoidance, improve the coherence of international tax rules and ensure a more transparent tax environment," the OECD has been working towards providing a consensus solution to the taxing of digital services, adopting a Programme of Work with a goal of agreement by the end of 2020. The OECD's Secretariat has proposed a "Unified Approach" setting forth key nexus, threshold, and allocation features at a general level. A public consultation document has been released describing those features and seeking comment on policy, technical, and administrative issues raised by the proposal, and the OECD has held a public consultation meeting. This proposal has not yet been adopted by the members of the OECD Inclusive Framework on BEPS.

With respect to BEPS as well as the Programme of Work, the US has been a proponent of a multilateral consensus and, as a result, has been supportive of the OECD's efforts to seek a consensus position with respect to jurisdictional taxing of digital services. However, as to the specifics of the Programme of Work, the US Treasury issued a letter to the OECD on December 4 stating that the US has "serious concerns" regarding the Secretariat's proposal as a departure from traditional transfer pricing and nexus standards that could undermine expectations based on those standards. The Treasury letter suggested that the proposal be used as a "safe-harbor" regime that would allow companies to opt out.

Though these discussions at the OECD may ultimately yield a negotiated solution on digital services taxation, this outcome is far from guaranteed and the discussions could be long and drawn-out. It is uncertain whether agreement will be reached before the end of 2020. Moreover, USTR has provided only a short window for interested parties to comment on its proposed action, and has stated that it intends "to proceed expeditiously" after the public comment period concludes in mid-January. Given these circumstances and the Trump administration's propensity to utilize trade restrictions as "leverage" in discussions with trading partners, there is a significant possibility that USTR will take some form of unilateral action – most likely new tariffs on French goods – under Section 301 in response to the DST. The European Commission already has signaled that it will retaliate should the United States implement unilateral measures in response to the DST.

Given these risks, interested parties may wish to provide comments on USTR's proposed actions in the Section 301 investigation, and to monitor any EU retaliation proposals. 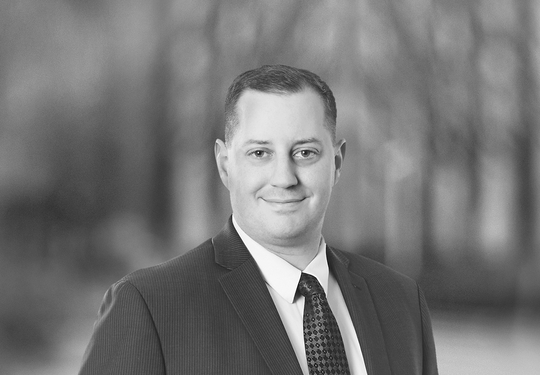