West Ham United FC and the London Stadium: West Ham score as internal discussions on settlement proposals may not be privileged

In the latest round of legal issues relating to West Ham United FC's move to the London Stadium, the Court of Appeal found that confidential internal emails between board members and other stakeholders, for the purposes of discussing a settlement proposal, were not covered by litigation privilege.1

The Court of Appeal's Reasoning

The English Courts recognise that communications between parties or their solicitors and third parties for the purpose of obtaining information or advice in connection with litigation will be privileged, if all the following conditions are met:

(a) Litigation was in progress or reasonably in contemplation;

(b) The communications must have been made for the sole or dominant purpose of conducting that litigation; and

(c) The proceedings in question must be adversarial, and not investigative or inquisitorial.2

In the West Ham case, the Court of Appeal found that internal company communications were not privileged per se.4 The Court of Appeal further held that the narrower approach to privilege should prevail – specifically, documents which relate solely to commercial discussions regarding a potential settlement are not subject to litigation privilege unless they are created for the dominant purpose of obtaining information or advice in relation to that potential settlement or if they reveal the nature of any such information or advice.

Therefore, the fact that the Documents were created to discuss a potential settlement of the litigation did not make them privileged in and of themselves. The Documents were not created for the dominant purpose of obtaining information or advice in connection with the litigation and nor did they reveal the nature of any such advice or information. As a result, they were not protected by litigation privilege and could be inspected by West Ham.5

The Court of Appeal did emphasise that if a document could not be disentangled from privileged documents and/or would otherwise reveal the nature of any information or advice sought in connection with the litigation, it would be covered by litigation privilege. However, this did not apply to the Documents.

The Court of Appeal concluded with a clear and concise statement on the law on litigation privilege as it stands:

Parties to litigation or potential litigation would be well advised to hold these conclusions in mind when preparing documentation which relates to litigation but which is not also protected by legal advice privilege.

This decision serves as a timely reminder that internal communications relating to anticipated or ongoing litigation will not necessarily be privileged and therefore great care should be taken in producing such internal documents, particularly when documents reveal what a party would be prepared to receive or pay to settle a claim.6

There is a real risk that confidential internal discussions relating to the strategy of the litigation, settlement proposals and other commercial decisions related to or contingent on the litigation may be subject to inspection, and relied upon at trial, by the other party. Companies should therefore take appropriate steps to ensure that its employees are aware of these risks and that internal communications do not contain information which may be prejudicial to the litigation. As a matter of practice, this may mean limiting written internal communications relating to the matters in dispute so far as possible.

As West Ham and the Owner have reached a settlement in the underlying proceedings, there will be no replay and the Supreme Court will not have the opportunity to examine this Court of Appeal decision. There remains a question as to how this decision will be applied in the future, and in particular whether the Supreme Court may take a different approach in another case. In principle, any good faith attempts to settle proceedings will be privileged.7 It is therefore perhaps surprising that internal commercial discussions which take place prior to, but might feed into the making of, a settlement offer are not. In fact, in line with a party’s ongoing duty of disclosure while proceedings are underway, the logical conclusion of this decision seems to be that a party may be required to disclose and provide for inspection internal documents reflecting commercial discussions relating to any potential settlement proposals to the other party (to the extent that those documents are otherwise disclosable).

Unless and until the Supreme Court is given the opportunity to reopen the position, for now, parties to litigation should be aware that not all of their tactical plans may be protected by privilege from being open to inspection by the opposing team.

1 WH Holding Limited and West Ham United Football Club Limited v. E20 Stadium LLP [2018] EWCA Civ 2652.
2 Three Rivers District Council and others v. Governor and Company of the Bank of England (No 6) [2004] UKHL 48.
3 SFO v. Eurasian Natural Resources Corporation Ltd [2018] EWCA Civ 2006.
4 In this respect, the Court of Appeal overruled Mayor and Corporation of Bristol v. Cox (1884) 26 Ch D 678 (Ch).
5 The documents were not communications with legal advisers, so issues of legal advice privilege were not engaged.
6 Note however, that this decision does not affect the general rule that communications between clients and solicitors for the purposes of obtaining legal advice are privileged. This is a distinct aspect of legal professional privilege known as legal advice privilege.
7 Known as without prejudice privilege. 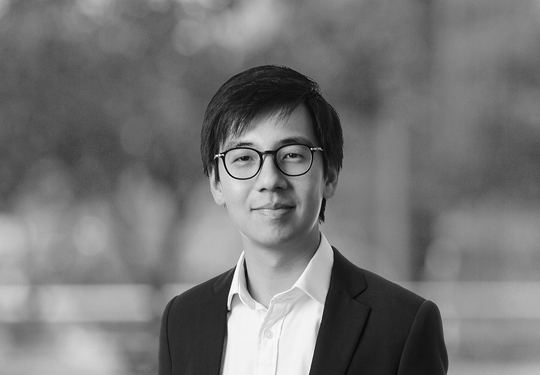