For the past decade, shipping companies in every sector have faced continuing challenges from, among other things, declining demand, low charter rates, and an oversupply of new and more modern vessels. These factors have eroded second-hand vessel values and caused financial distress and insolvency for many shipping companies, requiring out of court financial restructurings and, in some cases, U.S. bankruptcy filings.

When a shipping company's financial distress is extreme (i.e., rates drop so low that it cannot cover debt service and/or vessel values drop to the point that it breaches collateral coverage covenants), it must work fast to preserve value, stabilize operations and stem losses, or otherwise face cash sweeps and vessel arrests. However, in the absence of a critical mass of creditor support, a shipping company has very few restructuring options. And, creditor support for a restructuring is not normally forthcoming without meaningful existing equity value, new equity infusions, vessel sales or principal repayments.

Nevertheless, over the past six years, in the absence of creditor support a number of shipping companies have filed U.S. chapter 11 cases hoping to force creditors to agree, in a U.S. court proceeding, to a restructuring on terms that such creditors otherwise consider unacceptable. Each of these cases has failed.

A U.S. chapter 11 proceeding is often the best way for a company to implement a restructuring that has a critical mass of creditor support, but not the amount of support necessary to do so out of court. In other words, chapter 11 is an incredibly useful mechanism for binding hold out creditors, where many or most creditors agree to restructure.

But, the use of chapter 11 by shipping companies to coerce principal creditors to support an unfavorable restructuring, where ownership refuses to share risk, is costly, value destructive and generally fruitless. In every shipping U.S. chapter 11 case filed and maintained without creditor support since 2011, the subject vessels were all sold for the benefit of, or were returned to, secured lenders.

SUCCESS/FAILURE OF SHIPPING CASES SINCE 2011

Since 2011, all six shipping cases filed and maintained without secured lender support failed.1 These cases involved relatively small companies (each with three to 17 vessels and 47 vessels in total) with traditional, specially purposed and "siloed" secured capital structures. In each case, the company was unable to attract new capital outside of chapter 11 or obtain creditor concessions (usually because creditors had already provided substantial runway), and after the company filed under U.S. chapter 11 the vessels were all ultimately sold or returned to the applicable secured lenders; no vessels were successfully restructured, meaning the obligations encumbering them were not adjusted.

On the other hand, four shipping cases filed with principal creditor support over the same period have confirmed chapter 11 reorganization plans.2 The successful cases involved larger companies (each with 33 to 111 vessels) and large or more complex/non-traditional corporate and capital structures. Importantly, these cases were able to attract and were supported by new money investments and/or other creditor support.

One case, Nautilus Holdings,3 was a partial success, based on the unique nature of that company's corporate and capital structure. Indeed, the Nautilus case provides a very useful study of what can and cannot work for a shipping chapter 11 case (see below, "Nautilus case study").

Shipping companies file under chapter 11 because it offers them several advantages, including:

WHY CREDITOR SUPPORT IS CRITICAL

Absent a critical mass of creditor support, where the requisite majority of each creditor class (meaning half in number and two-thirds in dollar amount) vote to accept a chapter 11 plan, a chapter 11 debtor's only option is to confirm a non-consensual, "cramdown" plan. While companies theoretically have the ability to confirm a cramdown plan, confirmation of such a plan is incredibly difficult to achieve under most circumstances, and virtually impossible in shipping cases.

Indeed, the author is aware of no confirmed shipping cramdown chapter 11 cases.

A shipping debtor's inability to confirm a cramdown plan is due, in part, to the requirement that nonconsenting secured creditors retain the liens securing their claims (i.e., the vessel mortgages and charter assignments, etc.) and receive deferred cash payments that allow such creditors to receive payment in full over time. This means that a plan can only be confirmed without a secured lender's consent if the nonconsensual restructured loan includes terms and conditions sufficient to protect such lenders against, and compensate them for, the risk of nonpayment and future default, including tenor, amortization schedule, rate of interest and collateral maintenance and coverage and other terms and covenants.

For loans secured by depreciating collateral, this is virtually impossible to achieve, even with a market rebound. In smaller cases with traditional, secured ship financing capital structures, values and future cash flows simply cannot support the loan terms necessary to make the reorganization legally viable applying the cramdown standard. And courts will not accept unrealistic, "hockey stick" type, overly optimistic long-term rate projections to support a cramdown plan. Indeed, one court has opined that rate projections beyond one year are inherently speculative.

Also, at least one creditor class that is somehow not connected to the company must be impaired and must vote to accept a cramdown plan: A debtor cannot cram down all creditor classes in chapter 11 even if it could somehow satisfy the payment-in-full standard. Typically, secured lenders are undersecured and the company has negative equity in its vessels (otherwise they would likely be refinanced outside of a filing). But even if a company's lenders are marginally oversecured, any other class of creditors that might be convinced to accept a plan to satisfy the impaired accepting class requirement either does not exist or represents too small a percentage of the amount of the overall debt to be a viable option. This is particularly true in a traditional secured shipping, special purpose vehicle-type finance structure, which is designed to limit the exposure of vessel collateral to extraneous creditors. Creditors with connections to the company or its management are not counted for such purposes. Thus, the absence of such an impaired accepting class will be fatal to any cramdown effort.

The recent case of Primorsk International provides a useful example of this issue. There, the company filed chapter 11 and immediately proposed a cramdown reorganization plan that would force secured lenders to accept a restructured loan on unfavorable terms. The company had proposed to use the votes of a group of bondholders as their impaired accepting class. Instead, after several months of costly legal battles conducted while the tanker market deteriorated, the company disclosed that the principal bondholder, upon whose vote they were relying, had previously undisclosed contractual arrangements with equity owners that required their vote to be excluded for cramdown purposes. Without an impaired accepting class, the company promptly decided to liquidate and sold the vessel fleet in its entirety to a third party purchaser. The author believes that such sale was the first sale of an entire vessel fleet using a U.S. bankruptcy-style auction process.

The recent Nautilus Holdings chapter 11 cases illustrate the importance of obtaining secured creditor support. In Nautilus Holdings, the debtors had 16 vessels in four separate "siloed" secured credit facilities. Nautilus was, effectively, four separate cases, each with different lenders, credit facilities and collateral pools. These cases were only being jointly administered by the bankruptcy court for purposes of convenience. In two of the cases, the principal creditors did not support the proposed restructuring of the respective silo's indebtedness and the owners had negative equity value in the vessel collateral from a value and cash flow perspective. The vessels (or equity therein) in those silos were transferred to secured creditors in satisfaction of their debt under a liquidating chapter 11 plan.

Creditors will not support an in-court restructuring on terms that they would not support on an out of court basis.

In the other two cases, however, the debtors were able to success­fully restructure pursuant to a confirmed chapter 11 plan with creditor support. These silos benefitted from above-market vessel charters and positive cash flows. Creditors of one silo received a paydown of $20 million (approximately 20 percent of the collateral value) on the plan effective date, with their remaining debt refinanced under a new facility with increased interest and shortened maturity. The other silo was also similarly restructured with creditor support. Without such support, it is this author's opinion that these cases also would have liquidated, among other reasons due to the absence of an impaired accepting class at each silo, and for other reasons.

This article was previously published in the October/November 2016 issue of Marine Money. 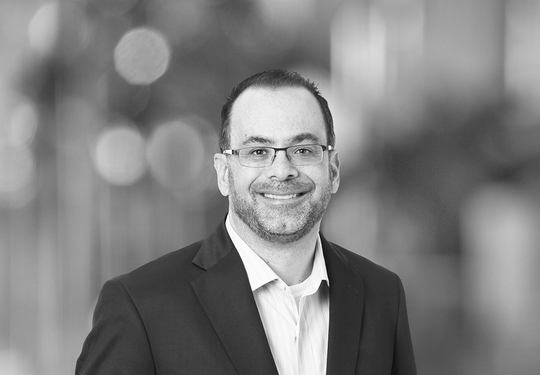