Last November, French courts have, for the first time, ordered to block entire video streaming websites based on specific laws against copyright infringement (Hadopi 2009 laws[1]). To some authors, this decision is questionable in many ways as its scope and efficiency seem rather limited, it opens the door to private censorship and it might breach European law.

In particular, the Court ruled that the Claimants sufficiently demonstrated that the 16 websites connected to the Allostreaming, Fifostream and Dpstream video portals[6] are "fully dedicated to or virtually dedicated to the distribution of audiovisual works without the consent of the authors," which is an illicit activity and constitutes an infringement of copyright as provided for in Article L.336-2 of the Code of intellectual property[7].

As a result, the Court ordered the ISPs to implement, and/or have implemented, all appropriate measures to prevent access to the 16 infringing websites[8], from French territory[9] and/or by their subscribers, by any effective means, including by blocking the corresponding domain names.

The Court ordered the Search Engines[10] to take, or cause to take, any appropriate measure to prevent the occurrence of any reply or result, on their services, referring to any page of the <fifostream> or <dpstream> websites and, as needed, to any page of the <allostreaming>, <alloshowTV>, <alloshare> and <allomovies> websites, in response to any request from users, in the French territory.

Both ISPs and Search Engines were sanctioned as (i) they enable the streaming websites operators to offer direct unauthorized viewing of movies and TV series and that (ii) they may help to remedy such infringements as they may prevent their clients from accessing such content.

The ordered measures must be implemented, at the Claimants' costs, without delay and at the latest within 15 days of service of the decision and for a period of 12 months from their implementation. ISPs and Search Engines are to inform the Claimants of the implementation of these measures, possibly indicating their difficulties experienced.

The Court thus rejected all ISPs and Search Engines' argumentation on the violation of major freedoms and principles (i.e. the principle of proportionality[11], the freedom of speech and communication, the freedom to conduct one's business), on the inefficiency of the ordered measures (work-around solutions are easy to find) and on the risk of over-blocking licit websites.

To the contrary, the Court clearly confirmed that these ordered measures are necessary measures that are the "most appropriate, efficient and less damageable measures to implement" [12] given (i) the illicit nature of the activity of these 16 websites, (ii) the small part of the Search Engines' activity that the communication flow generated by these 16 websites represents, and (iii) the small number of licit work of arts proposed on these 16 websites.

A key ruling was that, in case of re-occurrence of the blocked websites[13] , the Claimants must go back to Court. The Claimants may not automatically have mirror sites of the 16 infringing sites blocked or de-listed without going through the judge[14] . Yet, the Court authorized the Claimants to seek blocking and de-listing of these mirror websites upon a direct agreement with the ISPs and Search Engines.

This right to private censorship granted to the Claimants is one of the issues raised by this decision.

First, the scope of this decision is quite limited, whether geographically (it only applies to French territory users, French named ISPs and main Search Engines used in France) or temporarily (measures are to last 12 months).

Second, its efficiency also seems limited as it only applies to the listed 16 websites[15]. Search Engines must de-list these 16 websites but do not incur any fine if they refuse to do so[16] .

To date, the operators of the 16 infringing websites have already created mirror sites or provided other work-around solutions[17]. Search Engines have complied with the ordered measures to a certain extent.[18]

Finally, despite the Court's argumentation, the decision may breach EU law, which prohibits filtering that prevents diffusion of licit content[19].

[1] - HADOPI (Haute Autorité pour la Diffusion des Oeuvres et la Protection des droits sur Internet) is the acronym of the government agency created to administer the law promoting the distribution and protection of creative works on the internet, which provides for a graduated response as a means to encourage compliance with copyright laws.
[2] - The writs of summons were delivered to the defendants on 25 and 30 November 2011.
[3] - The Claimants are: Syndicat de l'Edition Video Numérique (SEVN); Syndicat National des Distributeurs de Films (FNDF); l'Association des Producteurs de Cinéma (APC); Union des Producteurs de Films (UPC); Syndicat des Producteurs Indépendants (SPI).
[4] - Bouygues Telecom ; NC Numericable ; Orange France ; SA Française de Radiotéléphone (SFR) ; Darty Telecom ; France Telecom ; FREE; Auchan Telecom (claims were eventually dropped against Auchan).
[5] - Microsoft France; Microsoft Corp.; Google Inc.; Google France; Yahoo! France Holdings; Yahoo! Inc.; Orange Portails.
[6] - The Court refers to the "'allostreaming' network consisting of the main sites <allostreaming.com>, <allomovies.com>, <alloshowtv.com> and <alloshare.com> and active secondary sites <dpstream.tv> and <fifostream.tv>."
[7] - Article 332-6 of the French Intellectual Property Code allows holders of copyright or related rights or royalties collecting and distributing societies to ask any measure against anybody in order to stop or prevent damages to their interests, in case of online infringement.
[8] - List of blocked websites referred to by the decision: "<dpstream.tv>, <fifostream.tv> and, as needed : <allostreaming.com>, <alloshowtv.com>, <allomovies.com>, <alloshare.com>, <allomegavideo.com>, <alloseven.com>, <allourls.com>, <fifostream.com>, <fifostream.net>, <fifostream.org>, <fifostreaming.com>, <fifostreaming.net>, <fifostreaming.org> and <fifostreaming.tv>."
[9] - French territory includes departments or regions overseas and unique communities, in Wallis and Futuna Islands, New Caledonia and the French Southern and Antarctic Lands.
[10] - Please note that Google France, although not a technical intermediary, was considered by the Court as a 'commercial intermediary' (thus as an 'intermediary' under the Directive 2001/29/CE of 22 May 2001) able to help to remedy the infringement, since it is the Google entity to be contacted by a French user and that Google France did specify that it was mandated to answer to the notice letter sent to Google Inc.
[11] - The defendants claimed that all actors were not parties to the case (e.g. website editors, other ISPs, hosting service providers, other intermediaries), but the Court considered that the action filed by the Claimants does not require to have first sued the websites editors or the hosting service providers, that the Defendants represented 90% of the ISPs available in France.
[12] - The French Constitutional Court limited the implementation of Article 336-2 by ruling that the measures to be taken under this Article shall be "strictly necessary to preserve the rights at stake." Court Orders which allow blocking of websites will thus have to be "necessary, adapted and proportionate to the purported aim," which prohibits over blocking or too costly measures the ISP, the search engine or the hoster.
[13] - The Court refers to the "case of an evolution of the dispute including the removal of infringing content recorded or disappearance of targeted sites, or by changing the domain names or paths."
[14] - To this end the Claimants would have used a software that can trace the occurrence of a mirror website.
[15] - A list of "best" streaming websites is available of Hadopi website: hadopi.fr/sites/default/files/page/pdf/Rapport_IDATE.pdf
[17] - New domain names have appeared such as "ialloshowtv" or "iallostreaming". <Dpstream.tv> became <dpstream2.net>. Out of the 16 infringing websites, the 2 main sites <dpstream.tv> and <fifostream.tv> remain directly accessible but they both display a notice stating that French users of the ISPs will be precluded from using their streaming services and both include a hyperlink pointing to another streaming website or a website providing work-around solutions.
[18] - None of the 16 infringing websites appear in the first two pages of search results of any Search Engine, except for the 2 main sites <dpstream.tv> and <fifostream.tv>, which are still listed by Google.com and Google.fr.
[19] - Sabam case law: ECJ 24 Nov. 2011 Sabam v/Scarlet C-70/10 and ECJ, 3rd ch.: 16 Feb. 2012, C-360/10, Belgische Vereniging van Auteurs, Componisten en Uitgevers CVBA (SABAM) v: Netlog NV. 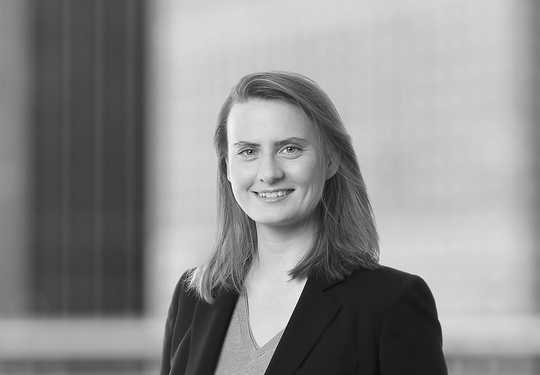