United States v. Johnson arose from a business deal between sophisticated parties. Cairn Energy PLC, an international oil and gas developer, wanted to convert the U.S.-dollar proceeds from an asset sale into pounds sterling. Cairn agreed to purchase £2.25 billion from HSBC (where Johnson was the global head of foreign exchange, or FX), at the Dec. 7, 2011, 3 p.m. fix price — which is a price impossible to predict accurately ahead of time. The fix price is a reference rate set by WM Reuters based on an intricate and complex, not fully publicly disclosed formula. HSBC purchased the pounds to fill Cairn's order in the market before 3 p.m., and then sold the pounds to Cairn at the 3 p.m. rate.

Cairn understood that buying a significant amount of currency in the market could put upward pressure on the exchange rate; that HSBC was planning to buy the pounds to fill the order before the fix (the standard way for banks to execute such transactions); and that HSBC (which was not charging a fee on the transaction) would try to make money by buying at rates cheaper than the to-be-determined fix price that Cairn would pay.

However, the government alleged that Johnson told Cairn that HSBC would buy the pounds before the fix quietly, but that HSBC in fact bought the pounds using aggressive trading strategies. The government claimed Johnson's statement was thus a material misrepresentation that deprived Cairn of the right to control its assets. The jury convicted, and the Second Circuit affirmed.

The right-to-control theory greatly expands the reach of the wire fraud statute. The statute prohibits using misrepresentations to defraud a victim of money or property. The right-to-control theory allows the prosecution to reach schemes that do not involve taking any money or tangible property from a victim by conceiving of the victim's right to control the disposition of his assets as itself a form of property. The property allegedly stolen is thus the victim's right to complete and accurate information when making economic decisions.[1]

Because the facts potential victims might find material in choosing how to dispose of their assets are virtually unlimited, though, the right-to-control theory risks turning virtually all commercial puffery into criminal fraud. This should give pause to any business person who has assured a customer, "Don't worry, I promise I'll give you a good deal."

In an attempt to place some limits on the theory, the Second Circuit has imposed the requirement that the misrepresentation must be capable of creating tangible economic harm to the alleged victim. The Johnson decision raises the question whether this limitation has teeth.

The Johnson court paid lip service to the requirement in stating that the evidence showed Johnson made "material misrepresentations to Cairn about how HSBC would trade ahead of the fix and the price would be determined." But is it true that buying quietly versus buying using aggressive trading strategies affects the determination of the fix price? Did the government prove that?

Our successful defense last year of another London-based FX trader, Richard Usher, suggests the answer is no. In United States v. Usher et al., the government alleged that the defendants conspired to coordinate their trading to affect the euro-U.S. dollar exchange rate (including the fix rate) in violation of the Sherman Act.

Among the many flaws with the government's case was that it could not show an anti-competitive effect from the defendant's alleged conduct — namely, that how the defendants traded affected the fix price. In fact, the economics of the FX market makes it highly unlikely that buying quietly versus buying aggressively — if those two methods can even be objectively distinguished where £2.25 billion pounds must be purchased in a short time frame — could affect the fix price.

The defense's economic expert at the Usher trial, professor Michael Melvin, explained that these facts make exchange rates extremely challenging, if not impossible) for traders to manipulate, especially around the fix, which is the most liquid time of day. Rather, what affects the fix price is supply and demand — the amounts being traded on each side of the market:

Q. So what does affect the fix price or the price of the euro at any time? What kinds of factors?

A. I hate to say this because economists always say this but supply and demand ... Where's the supply and where's the demand? So here the sellers and the buyers are coming together determining price and it's a global market.[2]

The government's expert in Usher, David DeRosa, who also testified for the government in Johnson, made the same point:

Q. Dr. DeRosa, what determines the price of Eurodollar?

A. Nothing affects price except as it affects supply or demand. So these exchange rates, the price of euros against the dollar or against other currencies, are determined by the supply and demand conditions. ... [When] demand goes up, it means that at each level of price, a larger quantity of euros are demanded. And if there is no change in supply, then the price has to go up to clear the market.[3]

Melvin explained that because the various trading strategies the government claimed were manipulative in Usher did not change the amount of currency being traded on either side of the market, they were very unlikely to have any price effect on the fix.[4] Rather, what affects the fix price is relative supply and demand — here, £2.25 billion worth of demand, which was Cairn's order — not how noisily one trader makes his trades.

The Johnson court appeared to rely heavily on the testimony by ex-HSBC trader Frank Cahill, who apparently believed he could affect the fix price through aggressive trading strategies — separate from the price effect attributable simply to the amount he was trading (i.e., his contribution to supply and demand).

The testimony from Matthew Gardiner, the government's cooperating witness in Usher, was particularly revealing on this point. When asked on cross-examination why he believed his trading strategies could affect the fix price, he said:

A. Well, when you make money, at least a trader likes to believe that he's had a very big — or I would like to believe I'd have a very big say in that, that it wasn't just happenstance or coincidence. So, there were times where my sell orders or my buy orders were placed at where the fix price was published and I made a good — good profits, so.

Q. Would that mean anything about whether you had an effect on the fix price?

A. I mean I guess it's — it is — there's a certain amount of assuming involved in it but, but, yeah, I would like to think that I had at least something to do with it.[5]

Traders assume their strategies make a difference, but they have no way of knowing. No one trader knows what other customers are simultaneously doing all over the world. Assumptions are not facts.

As the defense argued to the jury in Usher, where the government seeks to convict for a financial crime, the government should have the burden of proving that economic harm was objectively possible — not just that some people would like to think that it was. 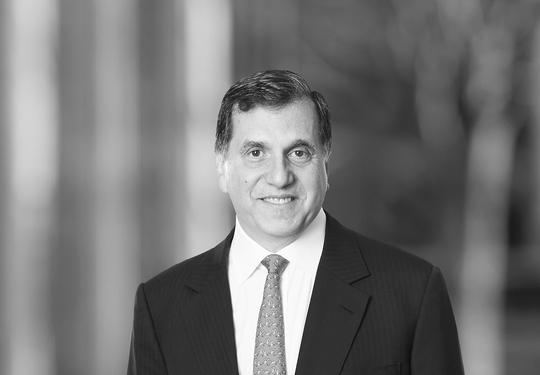