On 21 June 2017, Germany enacted a bill legalizing automated vehicles ("AV Bill"). The AV Bill modifies the current Road Traffic Act and defines the requirements for highly and fully automated vehicles to use public roads. It further addresses the rights and duties of the driver when activating the automated driving mode. The AV Bill does not change the general liability concept under German law. Therefore, both the driver and the "owner" (Halter) remain liable even if the vehicle is in automated driving mode, with drivers able to avoid liability if they lawfully used the automated driving mode. Automated vehicles must be equipped with a black box to identify whether the driver or the system had control at the time of an accident. Since this will help the driver/"owner" (or, in practice, the "owner's" insurance company) to prove that the vehicle caused the accident, the relevance of German product liability rules and product liability insurance is likely to increase. Many legal questions, especially regarding data privacy, remain to be solved.

Summary of the New Rules

Already in 2015, the German government had devised a "Strategy for Automated and Connected Driving", with the aim that Germany remain a leading innovator in the automotive industry and at the same time become a leading market in the digital era, which included the creation of the necessary legal framework.[1] Following an amendment to the Vienna Convention on Road Traffic[2], the government introduced in January 2017 a bill that would allow the use of automated vehicles. The bill received heavy criticism, inter alia for being too vague and not establishing direct liability of the car manufacturer. Nevertheless, the slightly-amended AV Bill, changing the German Road Traffic Act (Strassenverkehrsgesetz, "StVG"), passed through both houses of parliament (the Bundestag and the Bundesrat) with lightning speed and entered into force on 21 June 2017.[3]

The main provisions are the following:

The AV Bill, permitting the use of automated vehicles in Germany, is an important milestone for the global automotive industry. It creates a solid legal framework and permits manufacturers, suppliers and new entrants to pursue business opportunities in a future market many consider gigantic. One of the key differentiating factors will be the "intended use" as described and permitted by the manufacturer's system description.

The AV Bill's liability regime was heavily criticized by inter alia the press and consumer protection organizations at its inception. In its current form, it takes into account the criticism to a certain extent: It explicitly states that the driver is allowed to avert his/her attention and must be given an "adequate time reserve" before having to take over control again. While it is clear that the driver will not be entitled to sleep, it remains unclear what the lawmaker considers "adequate". During the legal debate, time delays of 2-5 secs. were referred to. However, one must bear in mind that this provision will apply to city traffic at 30 km/h as well as driving on a highway at 130 km/h. In both scenarios, what "adequate" is may be very different (because of e.g. the necessary muscle tone to take over the steering wheel at 130 km and the distance driven at different speeds). The courts will have to interpret the requirement with the assistance of scientific experts.

Two points of criticism were not taken on board: First, that car manufacturers are not directly liable but the non-driving driver is. Second, that the provision regarding the black box is too vague. With regard to the first, the German lawmaker underlined that, at this stage of the technological development, it does not consider it adequate to change the current liability rules. This might only be different once the final stage of automation is reached. Other legislators may take a different approach. Regarding the second, it does indeed remain unclear which third parties will be entitled to request the data to "assert, satisfy or defend" claims resulting from the accident. But this point is not addressing the real commercial question: Who "owns" the data gathered by the system? Multiple questions regarding data protection and data privacy will need to be answered in the next years.

[1] Die Bundesregierung, Strategy for Automated and Connected Driving: Remain a lead provider, become a lead market, introduce regular operations, September 2015.
[2] The amended Art. 8 (5bis) and Art. 39 of the Vienna Convention on Road Traffic entered into force on 31 March 2016 for Germany.  The Bundestag voted for the amendments to be transposed into national law on 29 September 2016 and the implementation act entered into force on 7 December 2016.
[3] Federal Law Gazette of 20 June 2017, Part I No. 38, p. 1648. 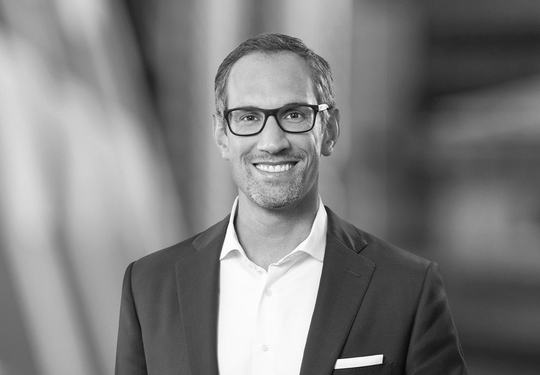