An early challenge to patent eligibility is a useful tool for any alleged infringer. Because of this, most alleged patent infringers, especially in software cases, begin their defense by considering whether the asserted patent satisfies the requirements of 35 U.S.C. § 101, as interpreted by the Supreme Court's decisions in Mayo1 and Alice2. In a three-year period, between 2014 and 2017, District Courts evaluated patent eligibility in more than 400 opinions and, in many cases, determined ineligibility as a matter of law.3

In February 2018, in Berkheimer4 and Aatrix,5 the Federal Circuit overturned two of these decisions, casting doubt on whether patent eligibility is a question of law, appropriate for resolution on the pleadings or summary judgment, and causing unrest in the legal community. Months later, however, the process for deciding eligibility under Section 101 has for the most part remained unchanged.

Although Section 101 provides patent eligibility for "any new and useful process, machine, manufacture, or composition of matter, or any new and useful improvement thereof," the Supreme Court interprets this broad eligibility to exclude three ineligible concepts: laws of nature, natural phenomena, and abstract ideas.6

In Mayo, the Supreme Court established a two-step test to distinguish patents that claim one of the three ineligible concepts from those that claim patent-eligible applications of those concepts.7 Applying the Mayo test, courts first consider whether the claims are directed to one of the three ineligible concepts. If so, courts determine in the second step, often referred to as the "inventive concept," whether any elements or combination of elements "transform the nature of the claim" into a patent-eligible application.8 A claim directed to an ineligible concept can maintain its validity by surviving the second step, when the claim limitations involve more than performance of well-understood, routine, and conventional activities previously known to the industry.9 Prior to Berkheimer and Aatrix, the Federal Circuit had generally held that patent eligibility was a question of law, appropriate for resolution on a motion to dismiss, motion on the pleadings, or summary judgment.10

Berkheimer and Aatrix Suggested That Patent Eligibility Potentially Involves a Consideration of the Underlying Facts; Making The Resolution Inappropriate for Motion Practice

In Berkheimer and Aatrix, the Federal Circuit reversed two District Court decisions invalidating patents under Section 101 as a matter of law. In both cases, the Federal Circuit held that while patent eligibility is ultimately a question of law, whether the claimed limitations involve an improvement on "well-understood, routine, and conventional activities" under Mayo Step Two may, in certain circumstances, involve subsidiary factual questions.  These factual questions may require complex discovery and other factual/expert determinations, which are inappropriate for a court to determine on the pleadings.

In Aatrix, the court held that a patentee can create an issue of fact under Mayo Step Two by alleging in its pleadings that a claimed process would result in an improvement or added efficiencies to the current technology.11 The court held that "[w]hile the ultimate determination of eligibility under §101 is a question of law," whether or not these efficiencies could be deemed an "inventive concept" was a subsidiary question of fact. Similarly, in Berkheimer, the court determined that an issue of fact existed because existence of prior art alone did not create a record sufficient to determine whether the patentee had adequately alleged an improvement on a well-known, routine, and conventional concept.12 The court in Berkheimer tempered its opinion, however, instructing that not all eligibility determinations will contain material factual questions and specifying that its decision should not be interpreted to prevent patent eligibility determinations on motions to dismiss or summary judgments where appropriate.13

Following Berkheimer and Aatrix, District Courts Have Continued to Decide Section 101 Challenges at the Motion to Dismiss and Summary Judgment Stages

Despite early predictions of mass disruption, the process for deciding patent eligibility has mostly continued unchanged. Since the decisions in Aatrix and Berkheimer, a number of District Court opinions have addressed Section 101. Of those cases, the majority orders invalidated at least one patent on a challenge to the pleadings or on summary judgement, four orders found all patents eligible without issues of fact, and one order denied a challenge without prejudice until after construction of an important claim term.14 At least a few decisions have given Berkheimer weight. For example, in Sycamore the court gave Berkheimer weight after first finding that the challenged claims were not directed to an abstract idea because they "proposed a specific technical solution to a specific problem in telecommunications; i.e., creating a method for compressing data in a transparent manner."15 The court continued that, even if the asserted claims were directed to an abstract idea, "at a minimum, it is not clear on the summary judgment record before the Court that the asserted claims of the [asserted] patent are directed to an abstract idea and do not embody an inventive concept, within the meaning of section 101."16

Although only a few months have passed, District Courts seem generally unfazed by the Federal Circuit's decisions in Berkheimer and Aatrix, continuing to decide cases at the motion to dismiss and summary judgment stages. Further time will tell whether these cases cause the disruption that many experts predicted five months ago or whether challenging eligibility will continue as usual. 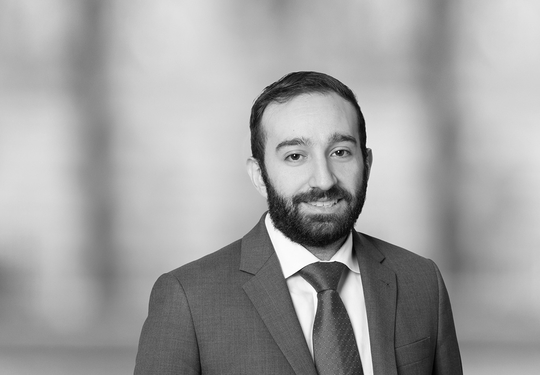