New Players – Old Rules? The Current Debate on the Regulation of OTT Services in the EU and Germany

Digitization transformed the way of numerous services in the telecom sector. Internet-based Over The Top ("OTT") services, such as messaging or audio services, video streaming, and social networking sites, are increasingly in competition with the established providers of Electronic Communication Services ("ECS"). The rise of the messaging service WhatsApp is one example of a new digital service which has experienced tremendous growth because of digitization. In 2015, German users sent approximately 667 million messages per day using the service. Meanwhile, the number of SMS messages is constantly decreasing, falling in 2015 to an estimated 39.8 million messages per day, which is about the same amount as in 2000.[1]

The advent of OTT services raises the question of whether–and if so to what extent–should such services be subject to regulation. As part of its telecoms regulation, the European legislator established a comprehensive regulatory framework for ECS, which includes specific rules for the provision of ECS and defined end-users' rights.[2] With regard to OTT services, ECS providers demand a level playing field, i.e. equal regulatory treatment of ECS and OTT services, claiming that current regulatory uncertainties disrupt the market and disadvantage their competitiveness.

In Germany, recent developments contributed to even more legal uncertainties for providers. The Federal Network Agency (Bundesnetzagentur) considers webmail service providers as ECS. In late 2015, the Administrative Court of Cologne confirmed the Agency's view and decided that the German Telecom Act applies to Google's Gmail service.[4] In April 2016, the second chamber of the German parliament, the Federal Council, issued a resolution calling upon the Federal Government to ensure the application of the telecom regulation to OTT services.[5] This article provides an overview of the current debate on OTT regulation in Europe and Germany.

In Article 2 (c) of Directive 2002/21/EC ("Framework Directive"), the European legislator defined ECS as "services normally provided for remuneration which consist wholly or mainly in the conveyance of signals on electronic communications networks, including telecommunications services and transmission services in networks used for broadcasting."[6] Similarly, Section 3 No. 24 of the German Telecom Act defines telecom services as services consisting of, or having as their principal feature, the conveyance of signals by means of telecommunications networks.

Providers of telecom services have to comply with a number of statutory obligations, e.g., they need to ensure free emergency calls, facilitate the possibility to change the operator while keeping their old phone number or provide transparent and timely information on prices and tariffs.[7] The Telecom Act further imposes obligations, e.g., regarding data protection and secrecy of communication and, first of all, requires providers to notify the service with the Federal Network Agency.[8]

While there is no legal definition of OTT services to date, the Body of European Regulators of Electronic Communications ("BEREC") defines these services as "content, a service or an application that is provided to the end user over the open internet."[9] BEREC classifies OTT services into three groups: services that already qualify as an ECS, i.e., services that allow for calls to the publicly available telephone service (OTT-0), communication services that compete with ECS on end markets such as instant messaging and voice telephony (OTT-1) and other internet based services that do not compete with ECS such as social networks, search engines or online trading facilities (OTT-3). OTT services can further be categorized with regard to their functionality: (i) peer-to-peer services that facilitate a direct communication between end-users' devices, (ii) client-server services use a server operated by the provider to deliver data packages.

The Gmail Decision of the Administrative Court of Cologne

As mentioned before, the Administrative Court of Cologne delivered the first German ruling on the qualification of OTT services under the existing telecoms regulatory framework in November 2015.[10] Confirming the position of the Federal Network Agency, the Court held that Google's Gmail service is subject to the notification obligation under the Telecom Act. The regulator had ordered Google to notify its email service in 2012. Within the objection proceedings, the European Commission opined that the service does not qualify as an ECS under the Framework Directive, as long as the provider only encrypts data packages for the purpose of transmission, but does not have control of and responsibility for the transmission of signals through networks.[11]

In the court proceedings, the Federal Network Agency made the argument that Google controls at least parts of the transmission of emails and that the provision of content does not preclude the classification of a service as an ECS.[12] The court held that Google is responsible for signal transmission, thus the criterion "conveyance of signals" of the ECS definition under the Telecom Act was met. The court argued that the definition should be interpreted using a functional rather than a technical approach. Considering the end-users' as well as the service providers' perspective and the rationale of the notification requirement, Gmail should qualify as an ECS. In its decision, the Court referred to the ECJ decision UPH DTH Sàrl of 2014 on the scope of Article 2(c) of the Framework Directive,[13] where the ECJ held that a service based on external transmission infrastructure can be considered an ECS, if the provider assumes responsibility for transmission of the signal vis-à-vis the end-users, as a prerequisite for the supply of the service to which they have subscribed.[14]

While regulators generally agree that OTT service providers should be somehow regulated, the regulatory approaches in Germany and the EU differ. On the European level, BEREC addresses the need for a future OTT regulation and states that the existing regulatory framework does not apply to OTT-1 and OTT-2 services. In its draft report, picking up on the level playing-field discussion, BEREC refers to an alleged general consensus that services of the same type should be subject to broadly the same regulatory obligations. At the same time, BEREC acknowledges that there can be reasons for different regulatory treatment. The decision to impose obligations to services should be made considering the goal of the obligation at hand and the proportionality of that obligation, balancing the social benefits of the obligation against the economic costs for the providers. Taking into account the uncertainties of the current ECS definition and of differing interpretations by national regulators, BEREC votes for a revision of that definition.[15]

Unlike BEREC, the German Federal Network Agency holds the existing regulatory framework for ECS is yet applicable to certain types of OTT services. In the Cologne proceedings, the German regulator argued that Google is involved in the establishment of the connection and therefore responsible for the conveyance of signals.[16] However, also in November 2015, the Scientific Work Group for Regulatory Issues (Wissenschaftlicher Arbeitskreis für Regulierungsfragen), an expert committee advising the German regulator, issued a paper on OTT service regulation[17] in which it backs BEREC's position that a revision of the current ECS definition is required. Equal treatment of service categories such as "telephony" or "email" should be achieved by clarifying the scope of the existing legislation or by extending it. Within that process, the legislator should examine whether the application of provisions for ECS providers to OTT services would be reasonable. In December 2015, the Monopolies Commission (Monopolkommission), an independent expert committee advising the Federal Government in the field of competition and regulation, delivered a report on developments in the telecom market, which included a section on OTT regulation.[18] Arguing that the existing regulatory provisions were designed for providers of telecom infrastructure, the Commission opposes a general application of existing rules to OTT services and votes for a carefully targeted harmonization with regard to the functionality of such services. Where OTT service providers compete with ECS on the end-market, the alignment of regulatory provisions could safeguard fair competition. The Commission further recommends a revision on a European level. In the meantime, national regulators should refrain from autonomous regulatory efforts. This is clearly a sensible position, since regulators in most EU Member States do not share the German approach. For example, the UK does not consider OTT services as ECS within the meaning of the current European regulatory framework.[19]

Bitkom, the German digital industry association, votes for a general downsizing of sector specific regulation within the EU telecoms review. While Bitkom generally advocates for an integrated legislative approach that covers both ECS and OTT services, the association emphasizes that such legislation must not lead to additional economic barriers.[20]

As part of its Digital Single Market Strategy,[21] the European Commission is currently reviewing, i.a., the EU telecoms framework. In September 2015, the Commission launched a public consultation, inviting stakeholders to submit their views on the existing rules and on possible alterations.[22] In its report on this consultation, the Commission held that the majority of respondents expressed the opinion that for consumers OTT services are a functional substitute for traditional ECS and that all functionally substitutable services should fall under a new common definition.[23] While the Commission is likely to include certain types of OTT services in its proposal for a revised regulation, it remains to be seen whether it will pick up on the ECJ's end-user oriented interpretation of the ECS definition. In Germany as well, the Federal Council advocated for an equal treatment of OTT services and ECS with a view to customer protection, market regulation, secrecy of communication and data protection.[24] The Council asked the Federal Government to review the German regulatory framework and deliver a report by autumn of this year. Even though the resolution is non-binding, it is likely to encourage a national review of the existing legislation and foster the public debate on OTT services.

For the time being, the legal situation for OTT service providers remains uncertain in Germany. Google appealed the Cologne decision and the case is currently pending before the Higher Administrative Court. [25] Considering the significance of the case, it appears likely that eventually the Federal Administrative Court will decide upon the matter.  Until a final and binding judgment has been issued, OTT service providers operating in Germany can still refer to the standpoint of the European Commission and argue that they do not fall within the scope of the regulation. However, as long as the Gmail decision is not overruled, the Federal Network Agency may apply the regulatory regime fit for ECS also to OTT services. It would be prudent, though, to refrain from regulatory enforcement until clarification on the European level has been reached. 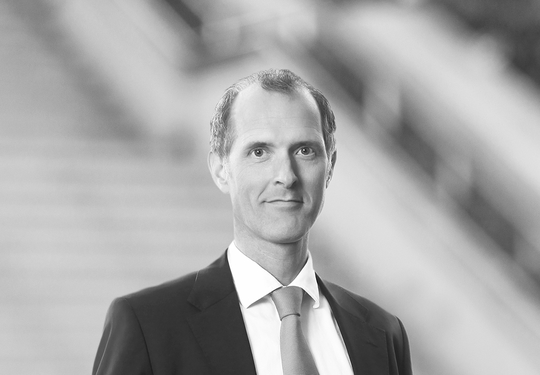 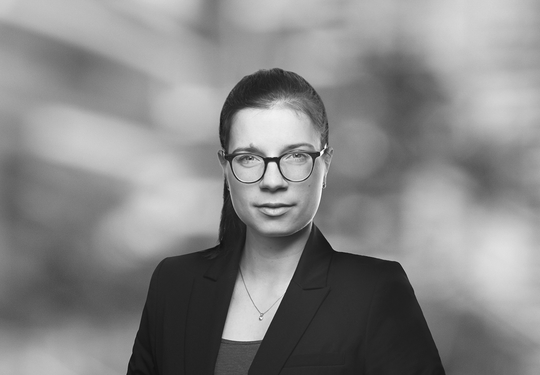