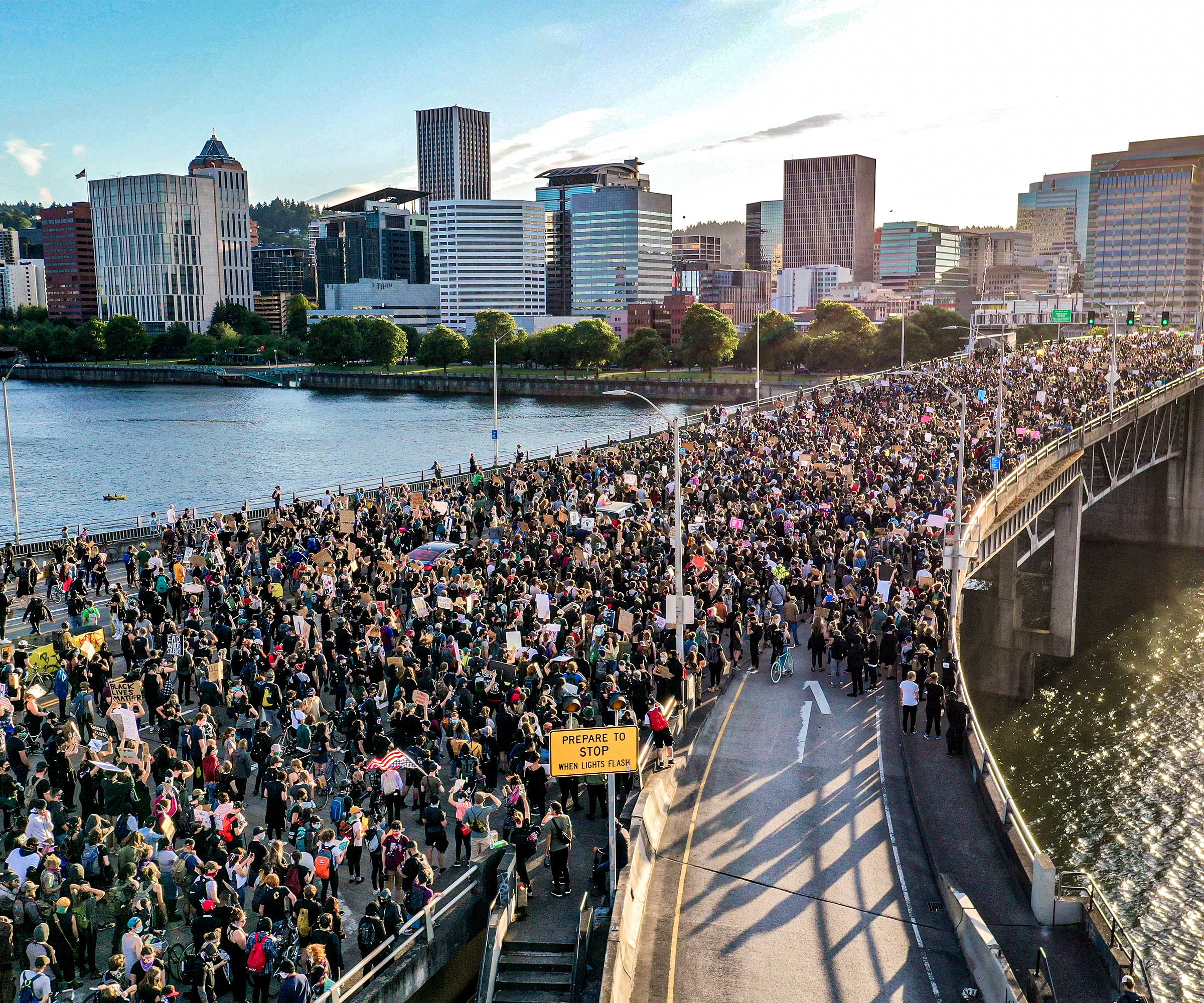 Eddie S. Glaude, Jr., PhD, is chair of the Department of African American Studies and James S. McDonnell Distinguished University Professor of African American Studies at Princeton University, and the author of Begin Again: James Baldwin’s America and Its Urgent Lessons for Our Own. In February 2020, he spoke about “A third American founding: Race and the future of our country” at White & Case in New York. We talked with Dr. Glaude after the event. An edited and condensed version of that conversation follows.

This is not the time to seek a middle ground

Q__What do you mean when you say America needs a third founding?

A__The idea of America is at stake. Forces of greed and nativism challenge our most cherished ideals, and we have to decide once and for all whether we will truly be a multiracial democracy. We have faced two such moments before in American history. The first was the Civil War and Reconstruction, which historians call the second founding. The second was the Black freedom struggle of the 20th century, which has been described as our second reconstruction—a period when we thought we were going to fulfill the promises of Reconstruction. In both moments, we failed to uproot a pernicious belief that white people matter more than others—a belief that informs the distribution of advantage and disadvantage. We now have an opportunity to tell a different story, a better story about who we are—the basis for a third founding of America.

Q__In 2020, after several high-profile killings of Black people by police and the protests that followed, companies sought ways to counter racism. How can business make meaningful progress on the issue?

A__This is not the time to seek a middle ground or tinker around the edges. Many corporations are trying to imagine what we could call their moonshot with regard to diversity and to develop policies that fundamentally transform their organizations. Let’s commit to developing the metrics to measure success and failure—to having a company that actually reflects the world we aspire to live in, from the boardroom to the leadership team to the entry-level position. You know the challenges in your field. You have the analytics. Enact what you say on paper in practice.

Q__Business leaders sometimes say they would like to have more Black people in leadership roles but are limited by a lack of qualified candidates in the pipeline. What do you think of that argument?

A__Oftentimes the so-called pipeline issue is really a taste issue—you’re not looking for candidates where they are. If you only consider CVs that have X, Y and Z, there’s a reason why your pipeline looks the way it looks. And even where there is a lack of candidates, step outside your comfort zone and take a chance on a sharp person who may not have the traditional background, and then give them the resources to succeed. Build the pipeline.

Q__Research has long shown that diverse teams are more innovative, giving companies a competitive edge. Why, then, has progress been so slow?

A__As long as it was working—a business was able to stay at the top of its game without putting all the talent on the field—there was no incentive beyond the moral to change. If it’s not hurting the bottom line, then you can continue to do what you’ve done. But conditions are in place to suggest this is no longer the case. The US economy became the most powerful in the world post-World War II, at a time when the majority of the world’s economies were in tatters. So the United States wasn’t really in competition with anyone. Today US businesses will not be able to succeed in a global marketplace by keeping most of the talent on the sidelines. Business leaders understand that.

Q__What would you say to those who view diversity and inclusion as a form of favoritism, those who don’t see themselves benefiting from it?

A__First, we need to recognize that decisions made over the course of the lifetime of the country, or of a company, have systematically excluded people. Policy created the problem; policy has to solve the problem. Second, that view often stems from a belief that in order for a company or the country to be just, we have to take something from some people and give it to others. We’ve been told the lie that the pie is only a certain size and can only be shared in a limited sort of way. I disagree with that view. Bake a bigger pie. And let’s have a fair distribution of the goods and benefits, and burdens and joys of the pie. Justice is not a zero-sum game.