The criteria for review are broad, and all aspects of each application are considered part of the review

Non-residents investing in India are required to comply with India's Foreign Direct Investment Policy (FDI Policy) and other foreign investment and foreign exchange regulations, including the Foreign Exchange Management Act (FEMA) and the regulations and notifications thereunder.

The FDI Policy is issued and revised from time to time by the Department for Promotion of Industry and Internal Trade (DPIIT) under the Ministry of Commerce and Industry, Government of India (GOI).

Non-resident investors do not require any prior licensing or registration for foreign direct investment (FDI) in India. India regulates FDI depending on the sector in which the investment is proposed to be made.

FDI is permitted in most sectors under two routes: the automatic route and the approval route.

FDI in certain sectors permitted under either route is also subject to a specified cap and/or conditions. Where a cap is prescribed for a sector, the FDI in any entity in that sector cannot exceed the prescribed cap. The GOI revises the list of sectors under the automatic route, approval route and prohibited category, as well as any caps and other conditions applicable to FDI in any sectors, on a periodic basis.

On April 18, 2020, via new regulation dubbed Press Note 3, the GOI added all FDI by non­resident entities located in (or having "beneficial owners" in) countries that share a land border with India to the approval route, regardless of the quantum of investment or sector. Countries that share a border with India include Pakistan, Bangladesh, China, Nepal, Myanmar and Bhutan.

If FDI is permitted under the approval route, the target company resident in India is required to file the application for approval. The application requires detailed information and documentation about the proposed investment, including incorporation documents and financial documents of the investor, terms of the foreign investment, and other documents required to verify the identity and suitability of the investor and the risks involved in approving the proposed FDI.

The DPIIT processes the applications received under the approval route and coordinates with the relevant ministry or department of the GOI that has the primary responsibility for the relevant sector (the Competent Authority) to jointly review such applications.

If FDI is permitted under the approval route, the target company resident in India is required to file the application for approval

All investments in sectors under the approval route are reviewed. Proposed investments in certain sectors such as defense, broadcasting and telecommunication also go through an additional layer of security clearance from the Ministry of Home Affairs. And again, all investments from countries that share a land border with India are subject to review by the DPIIT and the Competent Authority.

FDI by Non-Resident Indians (NRIs) is regulated by separate regulations and this note does not cover such regulations.

The criteria for review are broad, and all aspects of each application are considered part of the review. The government has wide discretion to grant or reject an approval. The DPIIT and Competent Authority consider the reputation of the foreign investor, its history of owning and operating similar investments, national security and the overall impact of the proposed investment on the national interest.

The approval process was revamped in 2017 to establish the Foreign Investment Facilitation Portal, which serves as a single window for prospective investors to communicate with the GOI. The DPIIT has been tasked with the responsibility of facilitating FDI. The DPIIT's concurrence is mandatory for a Competent Authority to reject an application or to impose any additional conditions not provided in the FDI Policy or applicable law.

The GOI has not laid out specific criteria for evaluation of investments, and appears to be mainly concerned with national security. With the heightened scrutiny, direct investments by Chinese investors and transactions with significant indirect participation of Chinese investors are being put on hold while awaiting more specific guidance from the GOI on Press Note 3. While a number of applications have been filed under Press Note 3, until date only a limited number of proposals have received approval.

The DPIIT, along with the relevant Competent Authority, is required to make its decision within eight to 10 weeks after receiving an application. A single governmental department relevant to the sector (subject to security clearance, if applicable) identified by the DPIIT is required to take the lead in processing the application.

All applications under Press Note 3 require security clearance, which coupled with the increased scrutiny involved in such applications, almost always results in a significantly elongated approval timeline.

The GOI is yet to issue any formal clarifications on the scope of Press Note 3 and the criteria for evaluation of applications for approval under Press Note 3.

However, the GOI did introduce several progressive changes to the FDI Policy. In particular:

The changes to the FDI Policy are expected to drive significant inbound investments in the strategically important sectors of insurance and telecom. 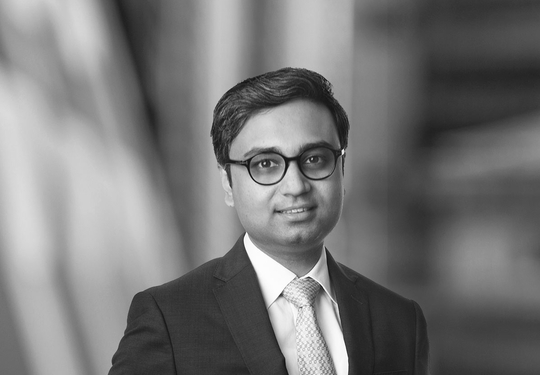