No-deal Brexit: Challenges for trading venues and their participants

There is no silver bullet for maintaining cross-border trading if the UK leaves the EU without a deal.

The date of Brexit has been delayed until (at least) October 31, 2019, but there is little sign that financial services access between the UK and the EU 27 will become clearer during the extension. This presents a particular challenge for trading venue participants trying to determine how—if at all—they may continue cross-border on-venue trading in the event of a no-deal Brexit.

While a number of UK trading venue operators have become licensed on the continent, the answer is not as simple as drawing a line between the UK and EU 27 participant bases and pushing each to its local venue. Many market participants, particularly major sell-side institutions, will need to continue trading cross-border in order to service their global clients.

The complexities surrounding cross-border trading post-Brexit arise, in part, due to the lack of a single-equivalence decision that would put UK venues and their participants on a level playing field with the EU. There are three key challenges regarding equivalence for trading venues and their participants in a no-deal Brexit: regulatory licensing; the mandatory trading obligation for shares and derivatives; and regulatory reporting.

The impact of regulatory licensing is twofold: it determines a venue operator's ability to offer its platform into a jurisdiction, and a local participant's ability to trade on the platform cross-border.

After Brexit, UK trading venue operators will lose their right to access EU 27 participants under a single EU framework, and will instead have to look to the rules of each Member State. Although the Markets in Financial Instruments Regulation (MiFIR) introduced pan-EU licensing for third-country firms, UK firms cannot use this until the European Commission (EC) deems the UK's regulatory regime "equivalent" to EU standards.

So far, the EC has not expressed a willingness to deem the UK equivalent post-Brexit amid concerns about preferential treatment of third-country firms. Consequently, a UK trading venue operator needs to consider whether making its platform available amounts to carrying on a regulated activity in each target Member State and, if so, whether any local law exemptions might be of use.

This divergence between Member States is complicated further by new Brexit legislation. A number of Member States have announced their own versions of the UK's temporary permissions regime, whereas others—such as Ireland and France— already have exemptions in place that facilitate a degree of third-country access. However, some Member States—such as the Netherlands— have excluded the operation of MTFs and OTFs from the list of activities that UK firms can perform without authorization.

UK trading venue operators therefore face the challenge of either complying with a patchwork of rules, or taking a risk-based approach to continuing access for a subset of Member States or participant types.

Assuming that a UK venue operator makes its platform available in a Member State, a local participant needs to consider its UK licensing position when it trades on the UK platform. This is likely to be relatively straightforward, as many EU 27 firms should be able to use either the UK's temporary permissions regime (TPR) or its overseas persons exclusion (OPE) to continue trading on UK platforms.

While the permanent and Brexit-based temporary exemptions in several Member States cover trading activities, this still needs to be assessed on a case-by-case basis

The challenges are similar for EU 27 venues with UK participants. Both the TPR and OPE are potentially available for EU 27 MTF and OTF operators to continue accessing UK participants. However, each route has limitations: the OPE would narrow the categories of participant that could remain on the venue, while the TPR carries an expectation that the trading venue operator will eventually apply for full UK authorization. The UK's Financial Conduct Authority (FCA) has clarified that EEA market operators (including RM operators) will either need to rely on the OPE or apply to become a recognized overseas investment exchange to continue accessing the UK market.

From the UK participant's perspective, it will need to consider its licensing position in the venue's home Member State. While the permanent and Brexit-based temporary exemptions in several Member States cover trading activities, this still needs to be assessed on a case-by-case basis. In the Netherlands, for example, own-account dealing on a Dutch trading venue can be exempt from licensing, but the exemption does not expressly cover agency or client trading.

Apart from issues surrounding access, participants also need to consider how the mandatory trading obligation will impact their cross-border trading. This is particularly relevant for UK firms trading with EU 27 counterparties or through their EU 27 branches (and vice versa).

Article 23 of MiFIR broadly requires investment firms to trade shares that are admitted to trading on an EU trading venue (TOTV) on an RM, MTF or systematic internalizer (SI), or on a third-country trading venue that the EC has deemed equivalent. To date, the EC has deemed certain venues equivalent in Australia, Hong Kong, Switzerland (on a temporary basis), and the US.

As part of the UK's on-shoring of EU legislation, the UK will have its own STO that mirrors the MiFIR requirements. This means that UK STO instruments will have to be traded on a UK venue, or on an equivalent third-country venue.

Likewise, there might be a conflict between the two STOs for a firm with a presence in both the EU 27 and the UK. For example: an Italian bank wishes to trade, via its London branch, a share that is dual-listed on the London Stock Exchange and the Frankfurt Stock Exchange. The share will be subject to the UK STO because of its UK listing, and to the EU 27 STO because of its German listing. Because the London branch's seat is in Italy, it must satisfy the EU 27 STO by executing the trade on an EU 27 venue. However, the UK branch must also satisfy the UK STO by executing the trade on a UK venue.

Mutual equivalence decisions are the solution to this clash of STOs. The UK seems willing to grant STO equivalence to EU 27 trading venues, which would mean that UK STO instruments could be traded on either UK or EU 27 venues.

But there is a clear expectation of reciprocity, which the European Securities and Markets Authority (ESMA) appears reluctant to support. ESMA announced on May 29, 2019 that, with the aim of minimizing overlaps, it would only consider shares issued by EU 27 firms as falling within the EU 27 STO. In response, the FCA pointed out that many EU 27-issued shares are dual-listed on UK venues, and would still be subject to overlapping STOs. ESMA continues to encourage the FCA to clarify its position on the application of the UK STO well ahead of the current Brexit deadline of October 31, 2019.

The DTO under Article 28 of MiFIR requires firms to conclude transactions in certain derivatives on an EU trading venue, or on a third-country trading venue that the EC has deemed equivalent.

The DTO raises similar issues to the STO, including a clash between EU 27 and UK obligations, but with a few key differences. Derivatives, unlike shares, can be traded on OTFs, which would expand the scope of venues and participants affected by the competing obligations.

As with the STO, the EC has deemed some venues in the US and Singapore equivalent for DTO purposes, but has not signaled a willingness to deem any UK venues equivalent post-Brexit.

Without a clear resolution, market participants will need to consider the impact of the STO and DTO on their trading activity. It may be that firms subject to clashing obligations can only trade DTO/STO instruments on venues that the EC and FCA have both deemed equivalent. This might be impractical, as it would require mutual membership of a third-country venue and could trigger local licensing issues. For example, high-volume trading on US swap execution facilities (SEFs) might require CFTC authorization.

Investment firms trading TOTV instruments are subject to transparency and transaction reporting requirements. These requirements differ depending on whether the firm is trading OTC or on-venue, which means that a no-deal Brexit could impact how and when a participant reports.

Going forward, EU 27 firms will be subject to both the EU and UK transaction reporting requirements when they trade out of a UK branch. The same will apply to UK firms with an EU 27 branch

Articles 20/21 of MiFIR require investment firms to make public certain information relating to OTC trades in TOTV instruments. This post-trade transparency obligation does not apply when trading on an RM, MTF or OTF, as the venue operator does the reporting.

While this piece of the equivalence puzzle seems to be sorted out, the arrangement is only temporary: it remains to be seen how many UK venues will be deemed transparency-equivalent when ESMA completes its formal assessments (and vice versa).

When an investment firm trades a TOTV instrument either on-venue or OTC, it must submit a detailed transaction report to its home regulator. This extraterritorial requirement captures a firm's branch trades globally, and it also pulls third-country firms into scope when they trade from EU branches.

Today, EU firms with branches in other Member States must report all of their in-scope trades—head office trades and branch trades—to their home regulator. This is done either by connecting directly to their regulator, or through the services of an approved reporting mechanism (ARM).

Going forward, EU 27 firms will be subject to both the EU and UK transaction reporting requirements when they trade out of a UK branch. The same will apply to UK firms with an EU 27 branch.

In practice, this will mean that a firm subject to double-reporting will either need to contract with an ARM to send transaction reports to two regulators, or establish a direct connection to its host regulator.

A medley of equivalence decisions

A no-deal Brexit will have a significant impact on both EU 27 and UK trading venue participants. When thinking about how to continue cross-border trading, participants need to consider not only regulatory licensing, but also clashing or duplicative obligations. A smooth transition would require not only a single-equivalence decision, but rather a medley of them. There are few signs that UK and EU authorities are working toward this level of coordination. 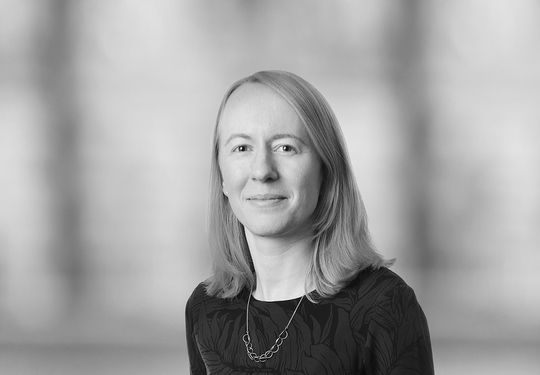