Following a host of mega-deals, and with the US$13.5 billion megadeal between technology giant Amazon and high-end grocery chain Whole Foods recently grabbing headlines, the consumer sector delivered its highest half-year value figure on Mergermarket record. With 222 deals worth US$132.9 billion, consumer was also the most active sector by value during the period, followed by energy, mining & utilities and pharma, medical & biotech.

Activity in the consumer sector has been boosted by a number of big-ticket transactions in the dining and food subsectors, with notable transactions including Reckitt Benckiser's US$17.8 billion purchase of baby formula producer Mead Johnson & Company in February, JAB Holdings' US$7.4 billion acquisition of bakery chain Panera Bread Company in April and Tyson Foods' US$4.1 billion acquisition of packaged sandwich supplier AdvancePierre Foods, also announced in April.

The highest-valued US deal across all sectors was British American Tobacco's US$60.7 billion acquisition of a majority stake in tobacco manufacturer Reynolds American.

In all of these deals, acquirers used M&A to consolidate in a competitive sector and break into new markets in order to find growth.

As sectors converge, non-tech companies realize that they will lose customers to tech companies encroaching on their space if they fail to stay abreast of technologybased opportunities.

The technology, media and telecommunications sector delivered the most deals in H1 2017 (527), but only generated deal value of US$69.4 billion during the period—a 26 percent drop from the US$94 billion seen in H1 2016. Despite the fall in value, technology is now a major driver of deals across all sectors, as convergence between tech and non-tech sectors deepens—indeed, it is becoming difficult to categorize what is and what isn't a technology deal. Amazon's recent takeover of Whole Foods characterizes this trend of a tech firm entering previously unchartered territory to drive growth.

"As sectors converge, non-tech companies realize that they will lose customers to tech companies encroaching on their space if they fail to stay abreast of technology-based opportunities," says White & Case partner Bill Choe. "The best way for acquiring companies to integrate technology companies is to treat technology as a way of life, not as a separate "digital division" of the company." 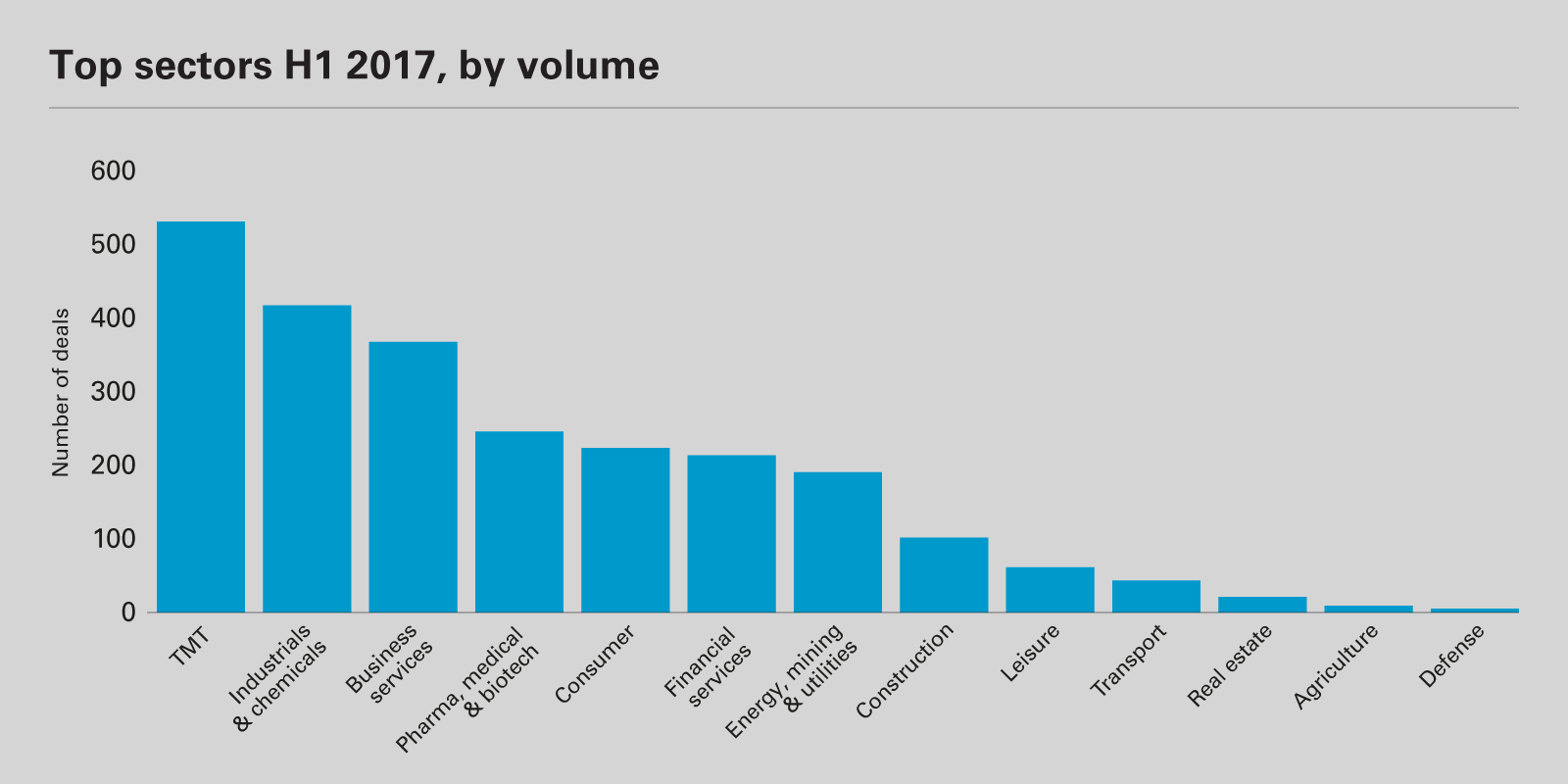 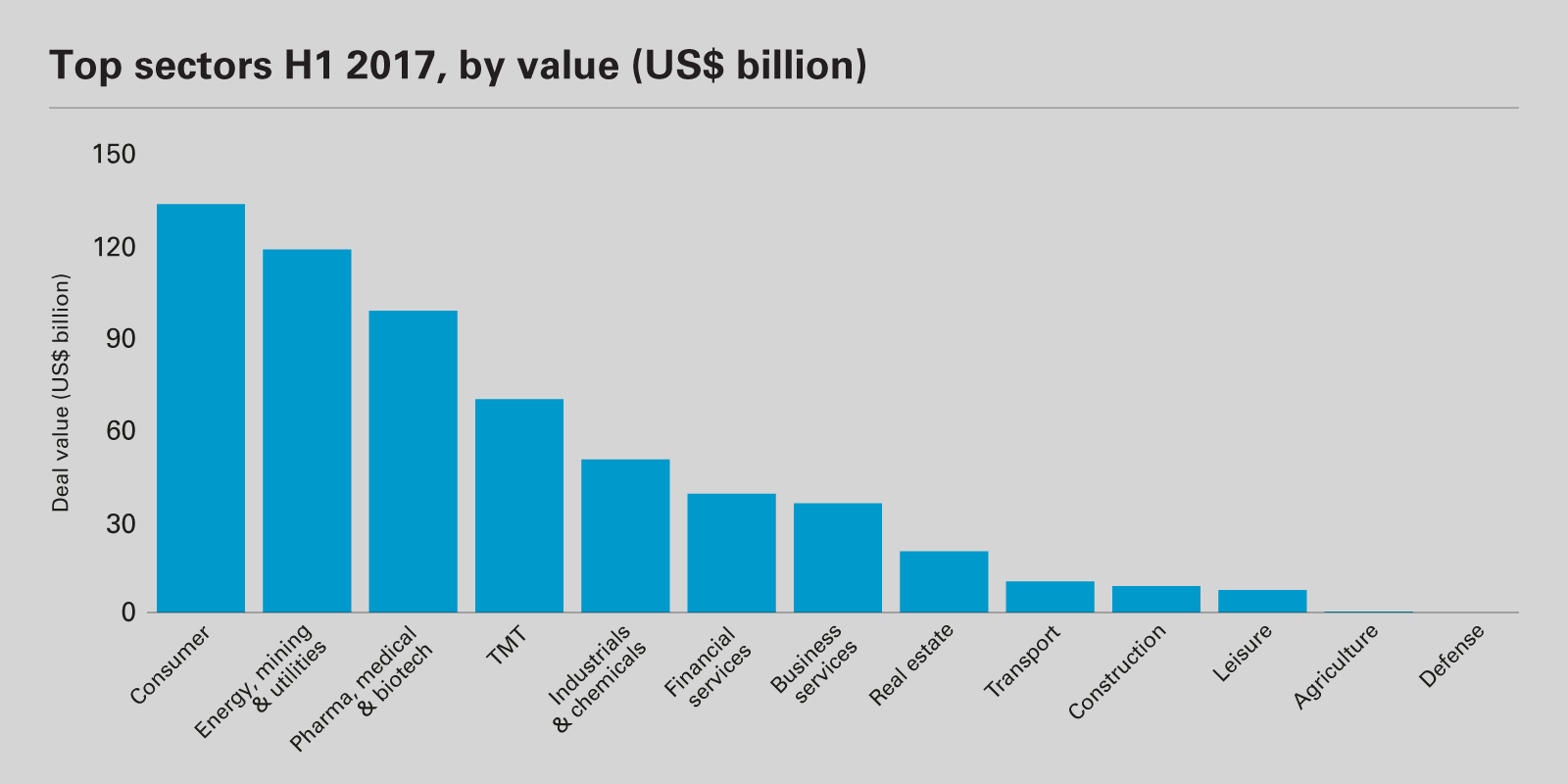