Japanese firms need to focus their efforts on governance, as Japan is well behind other countries on this issue.

The introduction and evolution of both a Corporate Governance Code and a Stewardship Code in Japan have had a significant impact on public companies listed in, and asset managers operating in, Japan. Analysts taking part in the third seminar examined ways in which to manage economic and social change in order to achieve a sustainable future, concurring that there has been "a change in the momentum" in shareholder activism in Japan.

Sumitomo Mitsui Trust Bank has introduced a number of changes in recent years, Senior Stewardship Officer Seiji Kawazoe confirmed: most importantly the 2015 introduction of the bank's Management Business Investment Strategy (MBIS) for evaluating companies' nonfinancial information. One of the largest asset managers in Asia, the company now works toward full engagement with its investors in order to maximize returns, but also promotes innovation and improvements in the companies in which it invests.

Actively involved in the UN's Principles for Responsible Investment (PRI) as well as environmental, social and governance (ESG) investment factors, the bank is "becoming quite an active shareholder," Kawazoe said.

Shirou Terashita, president and CEO of IR Japan Holdings Ltd., addressed the issue of ESG investment. He pointed out that Japan lags behind other economies when it comes to exercising proxy power in shareholder votes. Environmental strategies are an important consideration for investors, although social issues, such as human rights and conflicts, play a less significant role in Japanese firms' thinking, he indicated.

Japan's Financial Services Agency is planning revisions to the Stewardship Code, although the agency has expressed an intention to permit retention of a certain amount of cross-shareholdings. Questions have been raised, however, as to whether doing so is possible, or even desirable.

Eriko Sakurai, chair and CEO of Dow Corning Toray Co., Ltd., brought her extensive experience on boards of directors at the US-based company as well as the Japanbased, sharing the observations of differences between them.

As an example, Sakurai described a meeting of the board of Dow Corning at which great emphasis was placed on just how the external stakeholders perceived the company, and on the need to fully coordinate throughout the organization and to deliver on a consistent strategy. Describing a board meeting of a Japanese company, she observed a "tension" between executive officers of the company and outside directors. White & Case partner Jun Usami (Tokyo) says the Firm has been closely watching developments in the area of shareholder activism in recent years, including examining ways in which companies can defend themselves against external activists and situations, such as hostile acquisitions. The period between 2004 and 2007 saw a number of such hostile takeovers, which led to debate over response tactics.

The introduction of Japan's Governance Code and the Stewardship Code more recently have "changed the momentum in Japan" in this area, Usami said.

In the upcoming round of revisions, Usami pointed out, the contentious issue of cross-shareholdings will be taken up, including provisions to ensure that companies provide a reason for the need to conduct crossshareholdings. Usami added that the debate on this issue has gone on for 40 years and that any changes will be "fundamental" in the US, Terashita said there have been several cases in which buy-side or sell-side analysts or members of think tanks have started activist funds, and the same is likely to emerge in Japan. Activist funds will benefit from Japan having the most stringent shareholders' rights in the world, he added. Usami pointed out that quite a large number of Japanese companies are still unable to release English-language documents on their operations, which has hampered the dialogue between companies and potential investors from abroad. Sakurai added that in her experience, outside directors at US firms tend not to get bogged down in discussing the "nittygritty" of day-to-day operations of a company, but try to address issues involving the organization's bigger picture, while at Japanese companies directors tend to delve into operations in a more detailed manner, often required by the decision-making processes. On the matter of diversity and inclusion, Sakurai said that the US has led the way in terms of introducing people from diverse backgrounds into the management and decision-making of companies, which had led to companies performing better. While Japan does lag behind in this area, she added, things are beginning to change.

The introduction of a Corporate Governance Code and a Stewardship Code in Japan have had a clear and significant impact on public Japanese companies.

Panelists examined ways in which to manage economic and social change in order to achieve a sustainable future, concurring that there has been "a change in the momentum" in shareholder activism in Japan. A number of speakers proposed solutions. The trick will be convincing those who wield power that such actions would indeed be the correct approach to take. 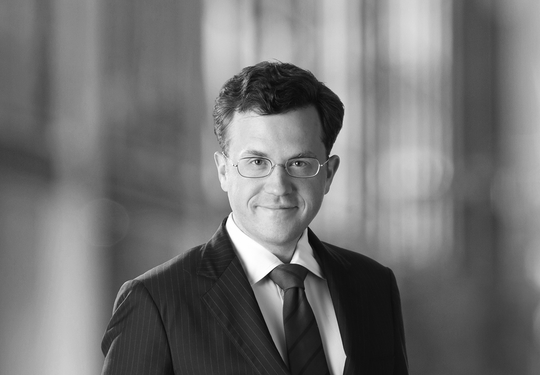