The absence of meaningful credit support and enhancement often results in projects being considered unbankable and at times proves fatal to timely and cost-efficient project development.

The majority of power sector offtakers in sub-Saharan Africa remain wholly or majority state owned and controlled. With a few exceptions, most of these offtakers do not have independent credit ratings and their financial position (if known at all) does not provide private sector sponsors and lenders with the necessary comfort, particularly over the longer term.

The reasons underlying the financially precarious position of state-owned power sector offtakers are well known. An unhelpful combination of continued non-costreflective tariffs and high-power procurement costs, limited financial capacity and flexibility, high technical and commercial losses, poorly maintained infrastructure and low collection rates (among other factors) has meant that offtakers have only seen modest (if any) gains in their financial standing over the last two decades. This is despite unbundling, frequent recapitalisation, external and internal intervention, ad hoc injections of additional liquidity and frequent statements of intent to restructure the power sector.

All of this has meant that private sector investors and lenders continue to require credit support and credit enhancements to underpin the obligations of power sector offtakers. The absence of meaningful credit support and enhancement often results in projects being considered unbankable and at times proves fatal to timely and cost-efficient project development.

The classic approach to secure credit support and enhancement has been for private sector investors and lenders to require government support through either a government/sovereign guarantee or more recently, through government undertakings documented in implementation or state support agreements or through put and call option agreements. Nomenclature and certain nuances aside, there is limited, if any, practical difference between these approaches.

If the underlying power purchase agreement transfers the risk of change in law or political force majeure events to the offtaker and this translates into the offtaker having to make a payment whether by way of tariff increases or capital/lump sum payments, this too would usually be covered under the broader umbrella of offtake payment liabilities. If it does not, sector investors and lenders would look to the government for a standalone obligation to protect or restore the position of the investors and lenders in such circumstances.

Securing this kind of government support has become more difficult with governments increasingly reluctant to provide such support, in certain cases going so far as to expressly rule out the notion of any sovereign guarantee or that the government back-stop the commercial risk associated with the long-term sale of electricity to stateowned offtakers. One of the key reasons for this guarded approach is the increasing emphasis and focus on the recognition and treatment of contingent liabilities on a country's balance sheet (see "Making sense of contingent liabilities") and the impact of this on the country's financial position generally.

Suggestions that 'letters of support' from governments can substitute government guarantees or government support is a request on the increase in the power sector. This is sometimes unhelpful. A letter of support can be drafted so as to be:

The vast majority of projects have tended to use multiple layers and different kinds of credit support and credit enhancement to achieve a position that when viewed as a whole is determined to be bankable.

Other forms of support

Government support has rarely been viewed as the only form of credit support and credit enhancement which is suitable or necessary for power sector projects in emerging markets. The vast majority of projects have tended to use multiple layers and different kinds of credit support and credit enhancement to achieve a position that when viewed as a whole is determined to be bankable.

Understanding and deploying such a multi-layered approach has become increasingly important as governments reject providing comprehensive government support (to avoid difficulties with contingent liabilities), projects become larger (creating significant potential exposure for the country's balance sheet) and countries themselves are downgraded, a problem which is particularly acute for countries with economies heavily dependent on globally traded commodities such as oil.

The most commonly deployed credit enhancement option is requiring the offtaker to procure and provide liquid security. In each case, two key themes emerge: what is the appropriate amount of liquid security to be provided and what is the risk associated with its continued implementation or reinstatement if there is a draw on such support. Liquid support will usually take the form of:

Provision of liquid support by state-owned offtakers is an inherently inefficient use of capital and often can result in additional hard currency pressure in situations where foreign currency is not freely available.

In addition to government support, it has become increasingly common for private investors and lenders to look for guarantees from multilaterals to mitigate their exposure to a project.

In the context of private sector power projects1:

These guarantees will require a counter-guarantee or indemnity from the relevant government. This creates a direct contractual link with the relevant country relating to the project, but presents an added layer of interaction with the government, and finalising the suite of documents required can have significant time implications. Fees are also payable in connection with this product.

The World Bank is not the only potential source of such guarantees. The African Development Bank also runs a guarantee program similar to the World Bank and other multilaterals, and DFIs are also considering similar initiatives.

Political risk insurance is available from a broad range of non-private underwriters. For instance, the Multilateral Investment Guarantee Agency (MIGA) provides coverage against currency inconvertibility and transfer restrictions, expropriation, war and civil disturbance, as well as breach of contract. Additionally, MIGA can also offer some credit enhancement by providing cover in respect of 'non-honouring of sovereign financial obligations by a host government'2 and 'nonhonouring of financial obligations by state-owned enterprises or public authorities of the host country'.

The IMF factors the existence and extent of contingent liabilities into its Debt Sustainability Analysis (DSA). DSAs are important for the IMF's assessment of a country's long-term fiscal policy, macroeconomic status and debt stability. As a result, IMF-supported programs are now heavily dependent on the outcomes of DSAs and are an integral factor in determining access to IMF financing. Moreover, the IMF actively encourages other creditors to take the results of DSAs into account in their respective lending decisions. Hence, DSAs have become popular among lenders and donors to decide the form and amount of financing that is sustainable to the particular country in question4.

• The IMF recently highlighted undisclosed debt in the form of power sector guarantees in Kenya totalling US$3.4 billion or 5.4 per cent of GDP which involved (as is commonly the case) a minimum demand/revenue guarantee and which were supported by letters of support and underwritten by World Bank Partial Risk Guarantees5

As a result of this and a generally increased focus on balance sheet and debt stock management, many sub-Saharan African countries are increasingly reluctant to create contingent liabilities on their balance sheets by offering government guarantees or similar government support.

MIGA cover is different from multilateral guarantee cover described above because:

MIGA is not the only source of multilateral political risk insurance. The Africa Trade Insurance Agency (ATI) offers a political risk product which also deals with key risks including payment default cover.

Export Credit Agencies (ECAs) are increasingly providing (and now recognised as key providers of) critical capital and credit enhancement for the financing of capital-intensive projects globally and in Africa in particular. ECAs can provide direct and indirect assistance, with direct assistance either relying on commercial banks to provide funding or the ECA lending directly. Where commercial banks are involved, often the ECA will provide support through a guarantee or insurance policy, and this has the effect of mitigating risks associated with borrower default for commercial lenders.

ECA involvement has a material bearing not just on the kind of documentation required, but also on the dynamics of the negotiations. Although in certain cases of indirect assistance, ECAs are less involved (since they are not party to the loan documentation), in the majority of cases, ECAs will become involved with negotiations in a meaningful manner, notwithstanding the kind of support being provided. ECAs also generally require strict compliance with their policies, and this can be challenging for borrowers and commercial lenders alike since not all ECAs have policies and procedures which are publicly available.

Multilaterals and DFIs such as the International Finance Corporation and AfDB also play a key role in mitigating risk and maintaining stability.

Apart from providing financing, their involvement is viewed as having the effect of mitigating risk by deterring governments and government-owned entities from defaulting given the potential impact that this may have on the much broader relationship that these institutions have outside of the affected project in question. The suggestion is that poor behaviour on a project in which these institutions are involved could have a direct impact (through crossdefault and withdrawal of funding) on other projects.

In addition to the measures described above, international investors and lenders will often mitigate risk by sensible structuring. This includes: 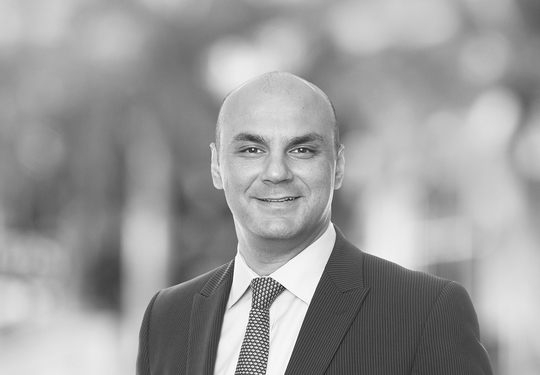