PE remained resilient in 2019, despite a drop-off in the second half of the year. The first six months were particularly impressive, with buyout volume keeping pace with H1 2018. Funds kept moving on deals, particularly as interest rates remained low and credit availability is high, with private credit funds increasingly providing flexible—and larger—financing packages for PE-backed deals. This has driven ever-larger fundraisings: Average sizes of US private debt funds have risen to more than US$1 billion since 2016, when they were just under US$700 million, according to Preqin statistics.

At the same time, PE funds have also been raising significantly larger funds than in the past. Blackstone, for example, broke a record by raising US$26 billion—the largest PE fund ever—as investor capital increasingly concentrates at the larger end of the fund spectrum. Preqin figures for 2018 show that 62 percent of the US$426 billion was directed toward funds of US$1billion or more and that the ten largest funds accounted for almost a quarter of this. PE dry powder has reached US$1.54 trillion at the end of June 2019, a record high.

Dry powder and available credit are underpinning continued deal activity by PE houses, but they do not have the market to themselves. Strategies remain active and increasing numbers of family offices are seeking to complete direct deals (see page 6). Sovereign wealth funds are also returning to the US, among other markets. Investors such as Singapore's GIC have recently led or co-led deals and the Qatar Investment Authority was, early in 2019, reported to be increasing its US exposure to approximately US$45 billion over the next two years.

However, PE remains an attractive option for sellers wishing to roll over some of their equity to benefit from upside, as well as those not wishing to divulge commercially sensitive information to competitors.

Increased competition for deals has had an inevitable impact on valuations. EBITDA multiples in the US reached an average of 12.9x in September 2019, compared with 11.5x in December 2018, according to PwC figures. Many larger sponsors have tried to mitigate high entry prices by fishing for deals in the mid-market and pursuing buy and build strategies. This strategy should endure, as it enables PE-backed companies to benefit from synergies and therefore potentially pay more for assets. Yet competition has become fierce in this part of the market too and multiples are also rising. Valuations of US M&A deals in the US$100 million to US$250 million range have increased markedly: from an average of 9.0x for 2017 to 10.7x in the year to September 2019, according to Capital IQ. 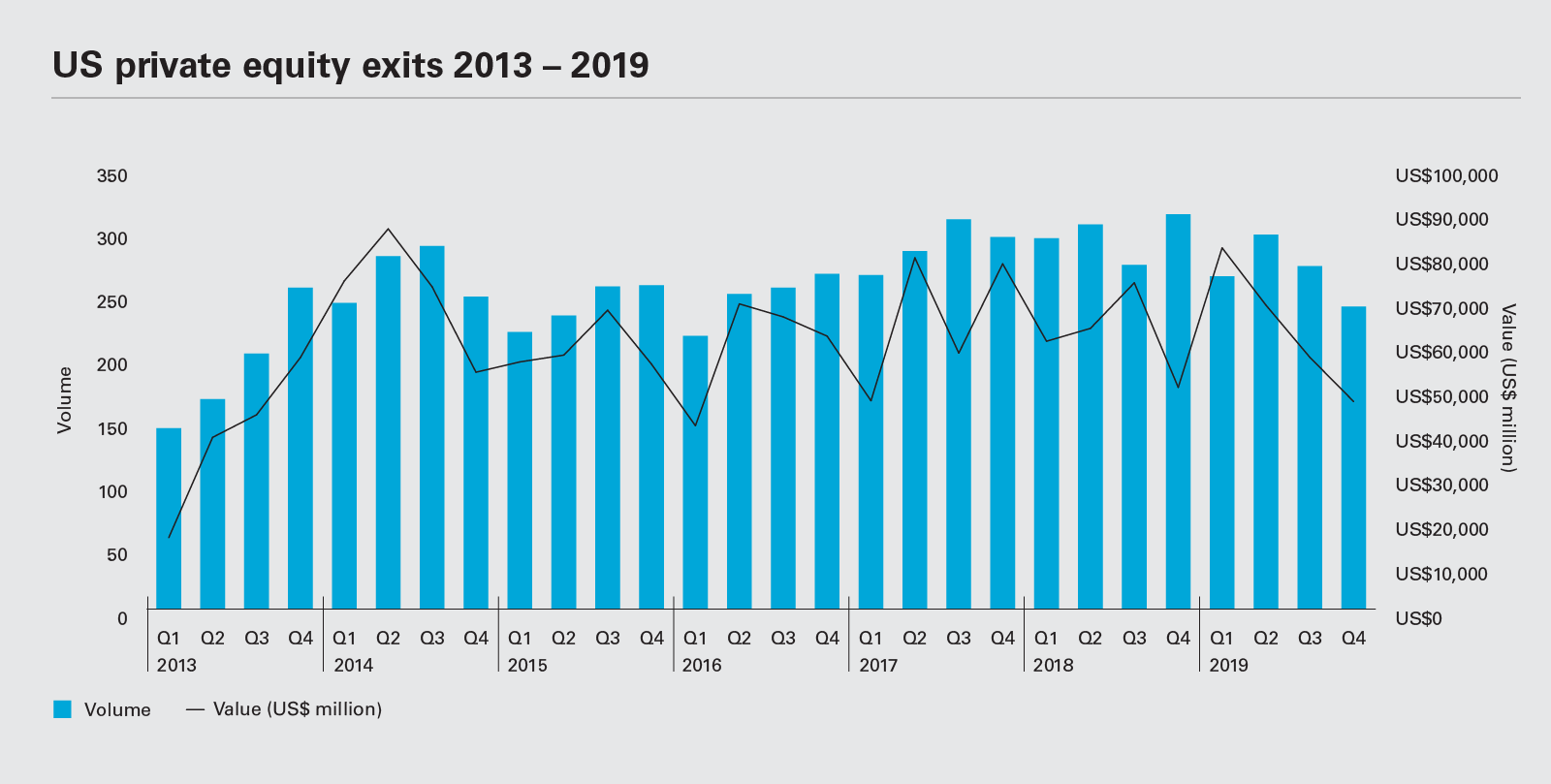 Public-to-private on the rise

Rising private company multiples are making public company valuations more attractive for PE. As a result, the market has seen public-to-private transactions find favor once more with PE firms. Hellman & Friedman, for example, led the acquisition of publicly listed human capital software group Ultimate in May 2019 for US$11 billion. Meanwhile, drugstore group Walgreens Boots Alliance is reported to be in talks with PE firms about a US$70 billion take-private in what would be the largest-ever buyout.

Club deals have also re-emerged as PE firms seek to team up to spread risk and pursue larger targets. One recent example of this is the US$4 billion buyout of healthcare consultancy Press Ganey Associates by Leonard Green & Partners, Ares Management, GIC and others.

The Zayo deal helped boost the value totals for TMT buyouts for the year to US$73.8 billion, although volumes were also high, with 380 deals recorded, to make the sector the most active for PE firms. TMT has become an increasingly popular target for PE, as the technology subsector has matured and as firms seek to capitalize on the digitalization and technological transformation occurring across sectors. Vista Equity Partners, for example, raised the largest-ever technology-focused PE fund, with US$16 billion, earlier in the year.

Energy, mining and utilities was the second most popular sector for PE by value, with deals totaling US$39.9 billion across 44 buyouts. However, a substantial proportion of this asset class was accounted for by IFM Investors' US$10.2 billion acquisition of midstream logistics player Buckeye Partners.

With private company valuations riding high, PE houses are taking the opportunity to realize their investments, with 1,069 exits recorded in 2019, valued at US$253.8 billion. This is a 3 percent increase in value and a fall of 9 percent by volume, compared to 2018. With dry powder at record levels, secondary buyouts remain a popular exit route, while IPOs are possible for the right businesses. PE firms are also taking advantage of strong leverage supply to complete recapitalizations and return cash to investors ahead of an exit.

Click here to read the full magazine
Ahead of the pack: US M&A in 2019 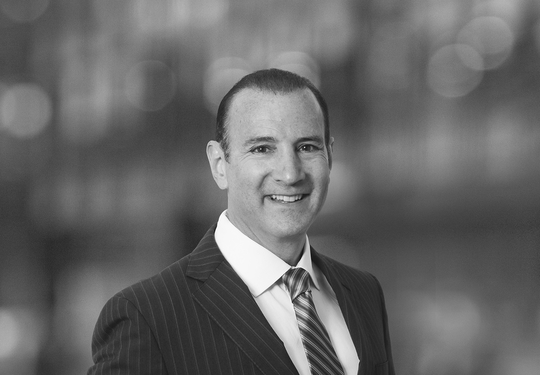