In February each year, we highlight the achievements and contributions of Black Americans, and acknowledge the effects of racism and systemic injustice on the Black community. While it is important that the stories, voices and experiences of Black people receive equal focus every day, Black History Month provides a time to single them out.

As we continue our critical series of candid conversations about race, we were privileged to welcome Nikole Hannah-Jones, founder of The New York Times Magazine's The 1619 Project, to speak on the ongoing legacy of slavery in the US.

Opening the event holding a copy of the August 2019 issue of the magazine, Maja Hazell, Global Head of Diversity & Inclusion at White & Case, said, "When I opened my copy of the Sunday Times almost 18 months ago and saw this cover, and its haunting image of the horizon from the Virginia port where the first ship of the transatlantic slave trade docked in 1619, it shook me to my core."

White & Case partner, Morgan Hollins, who moderated the session, similarly held up her own copy of the magazine, and said "I have ten copies in my house – we've even put a copy in each of my children's memory boxes."

Hannah-Jones was awarded the Pulitzer Prize for commentary for her essay in The 1619 Project, and has won a Peabody, two George Polk awards, and the National Magazine Awards three times. Despite these accomplishments, she shared that it is hearing stories like these, of what her work personally means to Black Americans, that feels most significant. 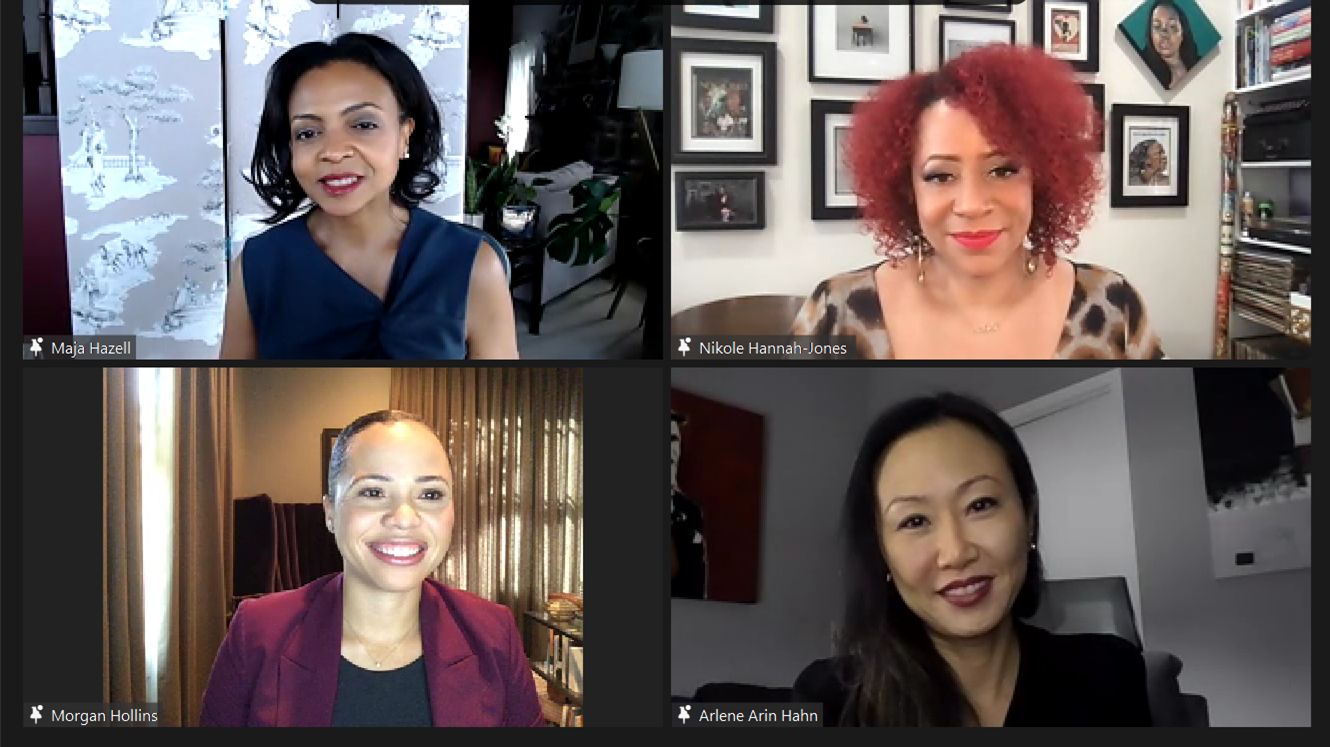 "The 1619 Project in part was intended to shift the framework through which we view actions taken by and toward Black people in America. It challenges stereotypes and statistics used to support the idea that Black people have historically been violent, anti-American and are the other," said Hollins.

It argues that many of our social, cultural and political systems have their base in slavery, meaning you cannot fully understand American history if you don't understand what happened in 1619.

In his editor's note, Jake Silverstein wrote, "American history cannot be told truthfully without a clear vision of how inhuman and immoral the treatment of Black Americans has been. By acknowledging this shameful history, by trying hard to understand its powerful influence on the present, perhaps we can prepare ourselves for a more just future."

Hannah-Jones explained that part of the enslavement process was forcing enslaved people to cut off their ancestral ties. For many, this created a sense of shame that their family's origin could be traced to slavery, but not further.

According to Hannah-Jones, there should be no shame in this, because "Black Americans have also been, and continue to be, foundational to the idea of American freedom. More than any other group in this country's history, we have served, generation after generation, in an overlooked but vital role: it is we who have been the perfecters of this democracy," she wrote in her essay.

"We often think of the Civil Rights Movement as being about Black rights, but when you look at the laws born out of Black resistance we see they guarantee rights for all Americans," said Hollins.

A number of legal protections created as a result of the Civil War are still in place today, and continue to be used by all marginalized groups – not just Black Americans. For example, the 13th Amendment prohibits housing discrimination, and gives all Americans the right to buy and inherit property, make and enforce contracts, and seek redress in court. The 14th Amendment grants automatic citizenship to every child born in the US – regardless of race or the immigration status of their parents. It also constitutionally guarantees equal protection under the law, notably resulting in the right to legal representation in a criminal trial; and marriage rights for both interracial and same-sex couples.

Finally, the 15th Amendment guarantees the right to vote to all men regardless of "race, color, or previous condition of servitude".

"The laws born out of black resistance guarantee the franchise for all and ban discrimination based not just on race but on gender, nationality, religion and ability. It was the civil rights movement that led to the passage of the Immigration and Nationality Act of 1965, which upended the racist immigration quota system intended to keep [the United States] white. Because of Black Americans, Black and brown immigrants from across the globe are able to come to the United States and live in a country in which legal discrimination is no longer allowed," wrote Hannah-Jones.

This a remarkable form of patriotism – one that critiques a country, and drives it towards greater equity through resistance, rather than purely believing it is exceptional.

Hollins shared, "as a Black person with no real knowledge of my connection to Africa other than my skin color, to be reminded that my ancestors' ties to this country go back as far as, or further than, those purporting that this is only their country was a source of pride and power for me."

Discussing the lasting legacy of slavery in US systems today, Hollins said "racism is a term that is used frequently and clearly underlies a lot of race conversations, but isn't often studied in depth."

While racism is often used to refer to individual beliefs and actions, this does not reflect the fact that anti-Black racism was a system of policies and structures designed to justify slavery by creating an "other". The impact of those systems is still prevalent today.

According to Hannah-Jones, Black Americans are disproportionately reliant on anti-poverty aid, because of systemic racism that transferred resources such as land to white people, denied Black people the right to acquire any wealth for 250 years, and then continued to segregate Black communities' access to services and support. For example, The Social Security Act of 1935 guaranteed an income to millions of workers after retirement, but it specifically excluded agricultural and domestic workers – jobs predominately held by Black Americans. As low-income workers, these people had the least opportunity to save for their retirement, and the least ability to accrue wealth to pass on to children.

When slavery ended, the wealth of the owners of enslaved people continued to compound for generations. The accumulation of this wealth has led to a predominately white middle class.

Often, Black people are blamed for this state of affairs without mention of systemic discrimination that prohibited the ability to accumulate generational wealth.

"So we saw really from 1619 until 1968, when the last of the civil rights legislation was passed saying you could no longer discriminate against Black Americans, Black people being denied access to the primary wealth-building tools, homeownership, federally financed loans, the G.I. Bill to be able to purchase housing that white Americans use to build their wealth. And so what we see today is the stark chasm that was built up over generations, and then only made worse by the fact that today Black Americans still face discrimination across the spectrum of American life."

White & Case partner and Chair of the Firm's Global Diversity Committee, Arlene Hahn, closed the event. "As the events of the past year and in the US Capital last month continue to show us, we are simply not doing enough to uproot and dismantle systemic anti-Black racism and injustice."

Regardless of race, we must acknowledge we all make choices that uphold inequality and racial injustice, and we have the ability to address the ongoing impacts of slavery by tackling systemic oppression, marginalization, and implicit bias.

"I firmly believe that one of our responsibilities – both individually and as members of our organizations and our communities – is to reexamine what each of us has been taught to believe and to challenge ourselves to uncover hidden truths, to discover new perspectives, and to create new paradigms," Hahn said.

To commemorate Black History Month in the US, we will be hosting a number of events to continue providing safe spaces for conversations on these topics. We will host: 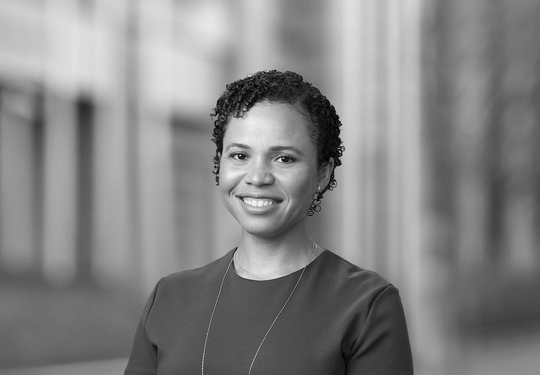 Morgan U. Hollins
view all