Fighting for the citizens of Ferguson, Missouri

The City of Ferguson, Missouri has been in the news for months following a fatal police shooting, clashes between protesters and police, a federal investigation and a Justice Department lawsuit. Now, White & Case lawyers are playing a notable part in efforts to change Ferguson for the better.

Sonia Murphy, counsel in our Washington, DC office, explains that she and colleagues "have been working on a pro bono basis with Arch City Defenders, St Louis University Law and Equal Justice Under Law, an NGO that fights to safeguard a legal system based on the principles of human and civil rights, equality and fairness. The trio turned their attention to an everyday example of injustice in Ferguson—the City's habitual imprisonment of people purely because they couldn't afford to pay, say, a traffic or parking fine or similarly minor offense."

In 1983, the Supreme Court ruled that if someone is too poor to pay a fine, jailing them violates federal law.

"Equal Justice took it to discovery stage, surviving attempts by the City to have the case dismissed. I read the case documents after the Court's denial of the City's motion to dismiss and was moved at once. It was awful to learn of people being held in jail for days, without access to legal advice, and instead threatened, abused and left to languish in confinement at the mercy of local officials. I wanted to help, so when the opportunity to get involved presented itself, I was eager to see what the Firm could do."

The answer was quite a lot, with Sonia, working with Washington, DC partner Frank Vasquez, leading a team spanning the Washington and New York offices in the discovery process. "We reviewed arrest records and paperwork going back to 2010, and there were a lot of them," says Sonia. "There is a degree of overlap, with many claimants being subject to this unjust process on multiple occasions, but the numbers of people we're dealing with is astonishing."

But thanks to our work to date, with co-counsel at Equal Justice, Arch City Defenders and St Louis University Law, the claimants are able to argue for a decent settlement. Agreement has yet to be reached with Ferguson, but the parties have been ordered to mediate. Depositions of Ferguson officials have begun and will continue unless and until a settlement is reached. If not, we and our co-counsel are prepared to take the case to trial."

The outcome of the case may be uncertain, but Sonia says its publicity and progress so far have already made a tangible difference to life for people in Ferguson. "We may not obtain compensation for everything the City did wrong in the past but the way the spotlight has shone on the City's practices, through this litigation and the Department of Justice's investigation and Consent Decree, has already led to reforms. People are beginning to feel they can walk down the street without getting arrested and getting stuck behind bars, where they don't belong."

Sonia Murphy, counsel, and Frank Vasquez, partner, are leading the Firm's work in Ferguson. They pay tribute to the excellent work put in by their team, who are based in Washington, DC except where noted: Associates Imad Khan, Abigail Simon (NY), Anthony Bestafka-Cruz, and William Barrett; Law Clerks Lee Czocher and Vivake Prasad, and Legal Assistant Alyson Cina.

Finding the right balance: The US justice system—its strengths, its flaws and perspectives on how to improve it 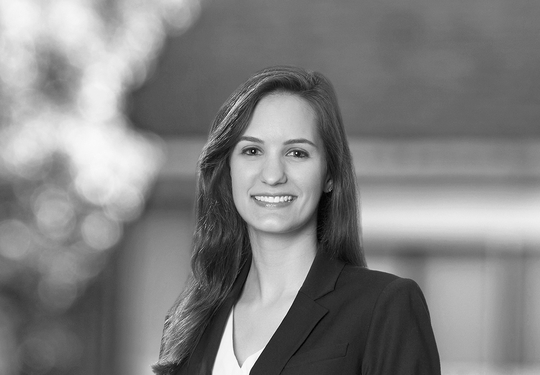