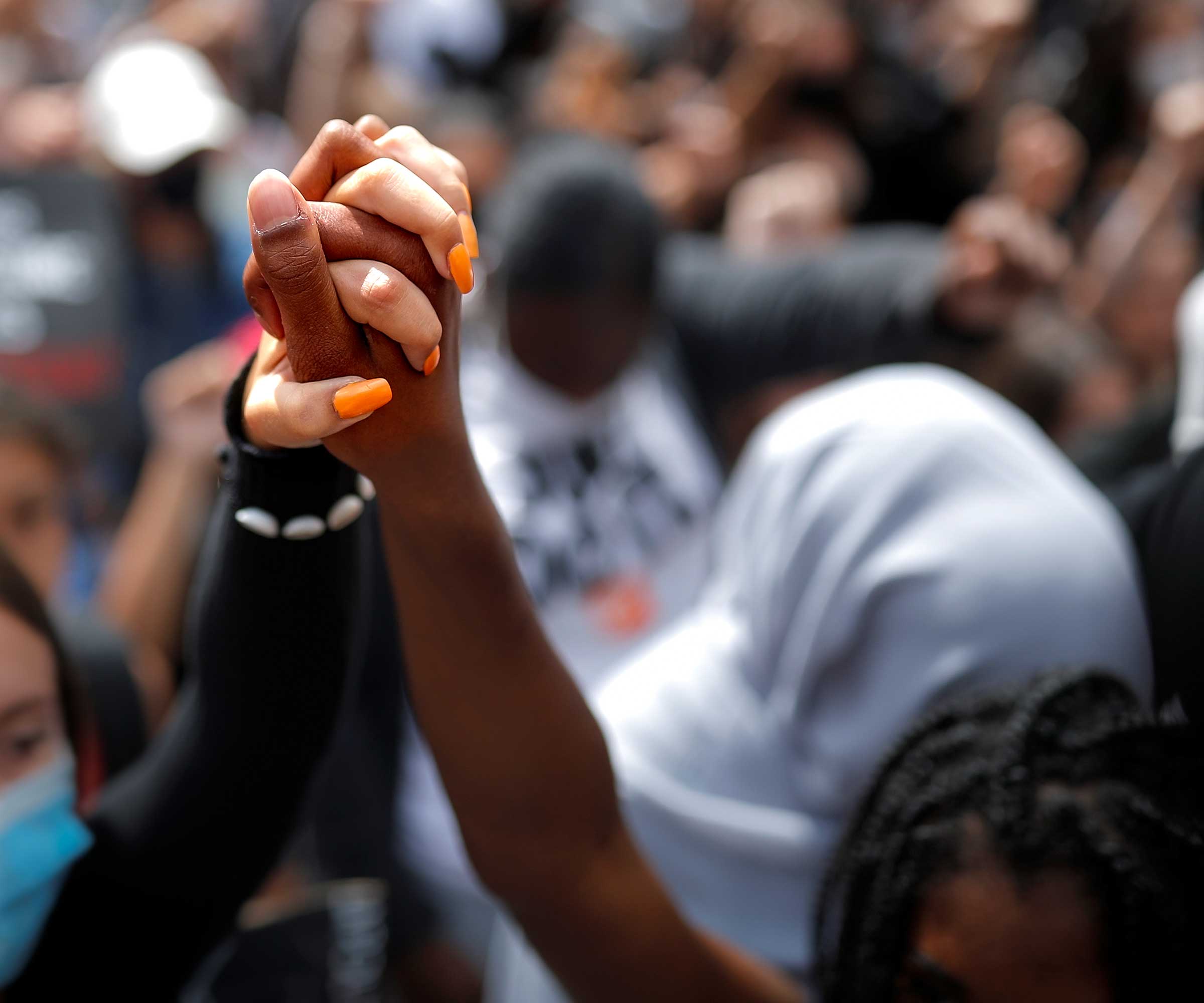 Protesters in Nantes, France demonstrate against the death of George Floyd while in police custody. © Stephane Mahe/Reuters

The killings of George Floyd and Breonna Taylor by police, the fatal shooting of jogger Ahmaud Arbery by a white vigilante and a conflict in New York’s Central Park in which a white woman, Amy Cooper, told the police falsehoods about a Black man, Christian Cooper, reignited a critical conversation on anti-Black racism in the US. To address this issue at last will require us to educate ourselves about the truth of our history and its current impact, and to act to mitigate the effects of white supremacy and privilege. Allies can help bring about change.

Many Americans lack an understanding of why the majority of Black Americans have a different, more negative lived experience than most white Americans. Our culture—which is rooted in myth-making regarding liberty and justice for all, and a belief that anyone who works hard can succeed—contributes to this disconnect. Our veneration of this narrative fosters a reluctance to examine other truths, including slavery’s impact on the country’s identity and growth and the related legacies of disenfranchisement and exclusion of Black people from most forms of opportunity through actions that include voter suppression, a failure to invest in education, and housing, employment and wage discrimination.

Allies must commit to educate themselves about our history and Black Americans’ contributions to the country. Self-education is key—unless a person of color offers, it’s important not to place the onus of explaining racism, its impact and how you can help solve it on those suffering its burdens. People of color, particularly Black Americans, are exhausted by centuries of work to make white people understand. Numerous educational resources on the issues marginalizing Black Americans are available (see below).

Survey your sources of privilege and use them to help others

Americans are taught that fairness requires applying the law and other societal rules to all equally. But this approach is insufficient to achieve fairness in a world shaped by historical unearned privilege.

An awareness of privilege can begin with a self-inventory. Ask yourself: What sacrifices are you making to advance those disadvantaged by bias? Who are you showcasing for career-defining work assignments, leadership opportunities or promotions? For whom are you stepping aside so they can take center stage on a pitch for new business or an important client meeting? Or are you continually providing access to the same homogeneous groups?

By taking these steps, we can better understand ourselves and others as we build a more racially just country.

This article is based on The Crippling Impact of Anti-Black Racism, and How Allies Can Act Against It by Maja Hazell, Global Head of Diversity and Inclusion, White & Case.

The 1619 Project, an ongoing New York Times Magazine initiative, reframes US history, placing the consequences of slavery and the contributions of Black Americans at the heart of the American story and viewing 1619, when the first cargo of enslaved Africans arrived in the colony of Virginia, as the nation’s birth year.

The Racism Scale illustrates comments and thoughts that reveal biases, which initially might not seem hurtful.

The National Museum of African American History and Culture’s web portal Talking About Race is designed to help individuals, families and communities talk about racism, racial identity and how these forces shape society.

Read other articles in
Diversity and inclusion

Recognition of our diversity and inclusion

For more than a decade, leading publications and alliance organizations have recognized White & Case’s outstanding commitment to diversity and inclusion

Working with Know Your Rights Camp to fight racial injustice