The refugee crisis in Europe: Finding a novel way to help

The approach in this matter is a rather individual one. Coordinated help for the refugees in Germany is very difficult to arrange with the authorities. While it is possible to register as a legal "help desk" with one of the various organizations trying to handle the huge wave of refugees entering the country every day, hardly any requests are ever forwarded. Therefore, my wife and I basically knocked on the door of a refugee accommodation and asked how we could help. The answer was a very simple one: They had a refugee family from Syria and the mother needed new glasses. As they did not speak any German and only very few words of English, they needed someone to assist. So we took them to an optician.

Touched by their story, we decided to help them get settled in Germany.

During this visit, we learned their terrible story. The parents, 35 and 24 years old, have two children, a son of four years and a daughter of six years. One day in Syria, the little girl walked the streets of their hometown with her grandmother and aunts and was fired on by a sniper. The relatives were killed and the little girl received a stomach wound. The wound was superficially treated in Syria and the family decided to flee the country. They made their way via Morocco and Spain to Germany, which took them seven months. Here the girl received adequate medical treatment (we reviewed the German doctor's reports, which confirmed the story). But otherwise the family was stranded in an overcrowded refugee accommodation.

Touched by their story, we decided to help them get settled in Germany. In the following months, we assisted them with the numerous formalities that have to be taken care of when one seeks asylum in Germany. We found them an apartment with the help of the church, renovated the apartment and found a school and kindergarten for the children. Julia Schaekel, one of our staff who speaks Arabic and German, provides weekly German lessons for the family in our office.

This was not exclusively an effort of the Firm but was supported by many people inside and outside of White & Case, especially my wife.

Thousands of unaccompanied minor refugees are living in Berlin. In order to properly deal with the multitude of issues these youth may face, the Berlin Chamber of Lawyers and the Berlin Bar Association have encouraged lawyers to act as legal guardians for these children, and our lawyers there are doing so. They meet with the children they have been assigned to on a monthly basis and provide ongoing legal support with administrative matters and issues common to resettlement. 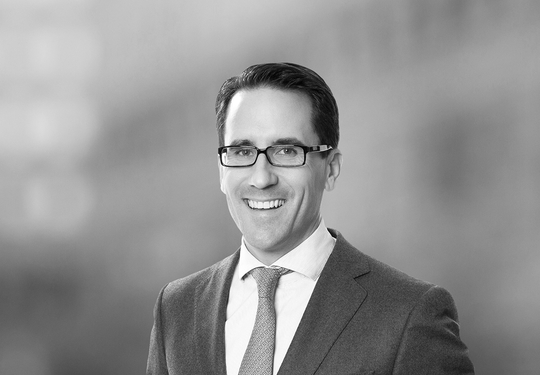