Fernando's practice focuses primarily on commercial and finance transactions in Latin America, including corporate, structured and project financings, derivatives transactions, public and private securities offerings and cross-border acquisitions, divestitures and joint venture transactions. His recent work includes a number of major cross-border M&A, structured finance and capital markets deals in Brazil, Mexico, Panama and Peru. He is also a core member of the global Mining & Metals Group, and is regularly involved in financing and M&A/corporate transactions in the mining sector. Fernando joined White & Case in 1998 and was resident in the Firm's São Paulo office for 10 years. While based in Brazil, he worked on secondment in the international legal department of Vale S.A., where he advised on various mining projects and M&A, finance, derivative and other corporate transactions. He is fluent in English, Spanish and Portuguese.
Bars and Courts
District of Columbia Bar
Florida State Bar
New York State Bar
Education
LLM
Georgetown University Law Center
JD
University of Miami School of Law
BA
Tufts University
Languages
English
Spanish
Portuguese

Las Bambas copper project in Peru
Representation of MMG Limited (MMG) and the MMG-led consortium including Guoxin International Investment Corporation Limited and CITIC Metal Co., Ltd. on the US$5.85 billion acquisition of the Las Bambas copper project from Glencore Xstrata plc. We advised MMG on the consortium shareholder arrangements and the consortium on the HKSE approvals and funding of the acquisition through a combination of equity and long-term debt facilities, from a banking syndicate arranged by China Development Bank. The Las Bambas project is a world-class copper asset located in Cotabambas, Apurimac Region of Peru. The estimated mine life is in excess of 20 years. The project is expected to produce in excess of 2 million tonnes of copper in concentrate in its first five years of operation.

Vanádio de Maracás project in Brazil
Representation of Banco Itaú BBA, Banco Bradesco and Banco Votorantim in connection with a US$169 million loan facility provided to Largo Resources Ltd. for the financing of a vanadium production mine (Vanádio de Maracás) located in Brazil. This transaction was selected as "2012 Latin American Mining & Metals Deal of the Year" by Project Finance magazine.

Restoration and widening of the Panamerican Highway in Panama
Representation of Deutsche Bank AG New York Branch and Mizuho Bank, Ltd., as mandated lead arrangers, bookrunners and purchasers, and The Bank of Nova Scotia (Panama), S.A., as administrative agent, in connection with an up to US$402.4 million purchase facility for cuentas de pago parcial (partial payment obligations) with Construtora Norberto Odebrecht S.A., Panama Branch, as seller, in connection with, and as payment for, the restoration and widening of the Panamerican Highway from the city of Santiago, Veraguas, to the city of Vigui, Chiriqui.

US$12.7 billion equity offering
Representation of Credit Suisse, as lead manager and global coordinator, in one of the largest ever equity offerings by a Latin American issuer: the R$21 billion (US$12.7B) follow-on equity offering by Brazilian mining company Vale S.A. on the São Paulo Stock Exchange, the NYSE and Euronext Paris.

New metro station and extension of Line 1 of the Panama Metro
Representation of The Bank of Tokyo-Mitsubishi UFJ, Ltd. and Sumitomo Mitsui Banking Corporation, as mandated lead arrangers, bookrunners and buyers, and The Bank of Nova Scotia (Panama), S.A., as administrative agent, in an up to US$211.6 million receivables purchase facility for Construtora Norberto Odebrecht S.A., Panama Branch, and FCC Construccion S.A., Panama Branch, as sellers. The facility provides for the sale by the sellers to the buyers of invoices submitted by the sellers to the Republic of Panama, acting through the Secretary of the Panama Metro, for work completed in connection with the engineering, design, construction and installation of a metro station in El Ingenio and a two-kilometer extension of the Linea Uno del Metro de Panama project in Panama City, Panama.

Chaglla hydroelectric power generation project in Peru
Representation of Empresa de Generación Huallaga S.A., as borrower, and Odebrecht Energia S.A., as sponsor, in the development, construction and project financing of the US$1.2 billion 406 megawatt (MW) Chaglla hydroelectric power generation project in Peru. The project, which involves a consortium of experienced EPC contractors and complex engineering, is expected to be Peru's third-largest hydropower facility and to deliver approximately 13 percent of the country's installed hydropower.

US$1.75 billion notes offering
Representation of Credit Suisse and Santander, as initial purchasers and joint bookrunners, in the Rule 144A and Regulation S offer and sale of US$1.75 billion 5.75% senior notes due 2021 by Centrais Elétricas Brasileiras S.A. – Eletrobras, the Brazilian government-controlled electricity generation, transmission and distribution holding company and the largest electricity generation and transmission company in Brazil. 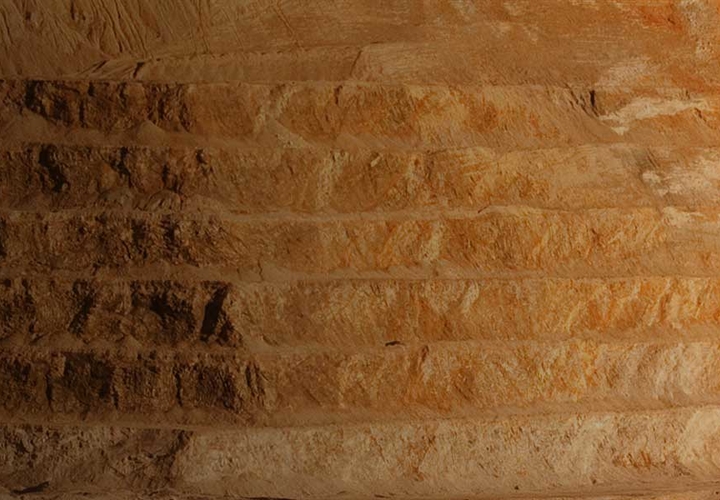 In conversation with the Global Mining & Metals team
view all

White & Case Ranks Number 1 for US Mining & Metals
view all