Jan-Philipp Hoos is regularly named as a highly recommended lawyer for restructuring and insolvency by JUVE and Legal 500.

A partner in the Firm's Global Financial Restructuring & Insolvency Practice, Jan-Philipp works as part of an integrated team of more than 160 lawyers worldwide, who are recognized leaders in complex cross-border insolvencies and workouts.

Jan-Philipp has been recognised in professional publications, such as JUVE and The Legal 500, and is a member of a number of professional associations, including the German-American Lawyers Association, INSOL Europe, the International Bar Association, the Association for Restructuring – TMA Germany and VID Association of Insolvency Administrators in Germany.

Prior to joining White & Case, Jan-Philipp worked in the restructuring practice of a global law firm in Frankfurt, and his international practice background is underlined by his time working in New York and Sydney.

PTC Germany, 2018
Jan-Philipp is acting as the insolvency administrator of PTC Germany, one of Germany's largest traders and producers of fresh and frozen seafood products with production sites in Germany and Serbia. After only three months of continuing PTC Germany’s business operations, the group was sold to an investor.

Asklepios Kliniken, 2018
Representation of German health care group Asklepios Kliniken in its bid for the acquisition of Paracelsus-Group out of self-administration-proceedings through capital measures within insolvency plans.

Kemmerich Group, 2016
Jan-Philipp is acting as the insolvency administrator of Kemmerich-Group, an automotive supplier, with more than 1,000 employees and production sites in Germany, Czech Republic, Spain and USA. After only four months of continuing Kemmerich-Group’s business operations, the group was sold to a strategic investor.

Bonatrans Group's acquisition of GHH Radsatz, 2013
Jan-Philipp worked as part of an international team of the Firm's lawyers which advised Bonatrans Group a.s. on its acquisition of Gutehoffnungshütte Radsatz GmbH (GHH). Headquartered in the Czech Republic, Bonatrans is one of the leading manufacturers of rail wheelsets, supplying most railway operators in Europe, as well as one of the leading rolling stock manufacturers worldwide. GHH is also a leading supplier of technologically advanced rail wheelsets, but whereas Bonatrans' products are used primarily for freight rail, GHH is the market leader in passenger rail.

7th May 2013: German Association of Energy and Water Industries on Claw-Back Issues in the Energy Sector, Berlin, (speaker)

Liability of an insolvency administrator in case of a realization of assets which are subject to a creditor’s right to separate satisfaction – an annotation to the judgement of the Higher Regional Court of Nürnberg dated 11 December 2013 – 12 U 1530/12, ZWH, Issue 4, pp. 159–162, 2014

The creditor's burden of proving that inability to make payments as been remedied by concluding an agreement on payment by installment – an annotation to the judgement of the Federal Court of Justice (BGH) dated 06 December 2012 – IX ZR 3/12, ZWH, pp. 160–162, 2013

The managing director's duty to obtain advice in a crisis situation – an annotation to the judgement of the Federal Court of Justice (BGH) dated 27 March 2012, ZWH, p. 374 et seqq., 2012

Extension of the Definition of Overindebtedness as Amended by the Financial Markets Stabilization Act – Perpetuation of an Undesirable Legal Situation?, NZG, Page 1172, 2009, (co-author with Andreas Kleinschmidt) 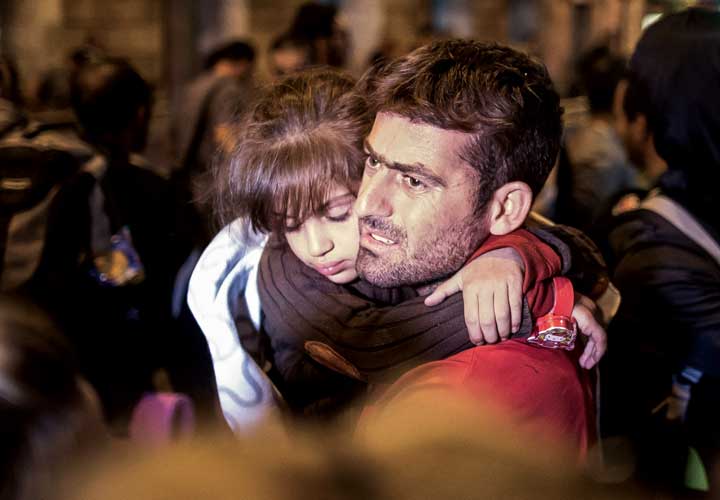 The refugee crisis in Europe: Finding a novel way to help
view all