After eight years' practice in London, Sir Nicholas Forwood moved to Brussels in 1979 as a founding member of a new chambers of barristers specializing in EU and competition law. Over the next twenty years, he practised extensively in this field, before both the Court of Justice and the Court of First Instance (now the General Court of the EU), where he pleaded regularly on behalf of corporate and individual clients as well as for the EU institutions. His cases covered the whole range of antitrust, particularly those with global reach (Wood Pulp, Soda Ash, PVC, LDPE, John Deere, IBM, Racal Decca, Hilti, Tetra Pak), transport and shipping (FEFC, TACA, B&I Sealink), and mergers as well as State aid. Also called to the Irish bar in 1981, and made Queen's Counsel in 1987, he was appointed to the CJEU as a judge of the then Court of First Instance of the EC in December 1999.

Over the following 16 years, Nicholas took part in many of the Court's leading judgments, dealing with more than 1500 cases, 464 of which were as reporting judge. In the competition field, these included the trio of judgments in 2002 (Airtours, Tetra-Laval and Schneider) that led to a fundamental restructuring of the Commission's merger task force, the review of the Commission's GE/Honeywell merger decision, the Microsoft (2007) and Microsoft (2012) cases on abuse of dominant position, in the latter as reporting judge, as well as numerous cartel cases, including JFE Engineering.

In other fields, he was reporting judge in the earliest judgments concerning judicial review of sanctions and restrictive measures against suspected terrorists and organisations (PMOI, Kadi), in some 100 or so cases involving State aid, including several leading judgments, in relation to EU IP law (trademarks, designs, plant variety rights), and in the FIFA/UEFA cases on the broadcasting rights for the World Cup and European Cup.

Other areas of experience include anti-dumping and other trade protection measures, common agricultural policy and environmental cases.
At White & Case, Sir Nicholas focusses on providing high-level advice and oversight in the most significant cases in the field of EU law, particularly competition, for specific clients of the firm and on specific matters. He is also a door tenant at Brick Court Chambers, where he concentrates on arbitration, the provision of independent expert opinions and other occasional advice. 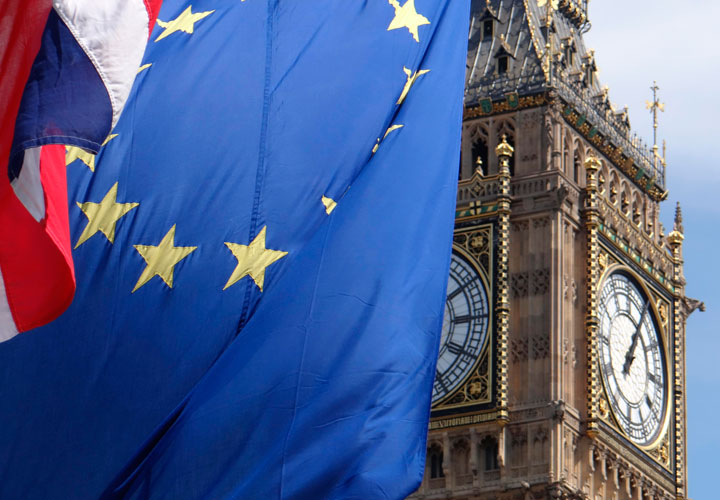 Brexit: Where to next?

The UK votes to leave the EU. What happens now?