The International Centre for Dispute Resolution ("ICDR"), the international branch of the American Arbitration Association, recently revised its 2014 arbitration rules and 2008 mediation rules, issuing a revised set of rules that entered into force on March 1, 2021. This note focuses on the amendments to the ICDR Arbitration Rules (the "2021 Rules"). The revisions follow recent rule updates by other major arbitral institutions as they respond to users' desire for more speedy and cost-effective dispute resolution procedures, the growth of third-party funding in arbitration, the increasing use of remote hearings, risks related to data protection and cybersecurity, and enforcement risks related to the role played by tribunal secretaries.

Key Features of the ICDR 2021 Rules

The 2021 Rules introduce a new provision in Article 23 that expressly permits the arbitral tribunal to decide any issue presented by any claim or counterclaim in advance of the hearing on the merits.

The new rule, which is consistent with rule revisions by the London Court of International Arbitration ("LCIA") in 2020 and the Singapore International Arbitration Centre ("SIAC") in 2016 allowing for early disposition of certain claims or defenses, is likely to encourage disputing parties to bring dispositive motions in an effort to accelerate the issuance of an award in their favor.3

Extended Scope for Joinder and Consolidation

The 2021 Rules expand the application of rules on joinder and consolidation while preserving the keystone requirement of party consent.

These rule revisions reflect a more liberal approach to joinder and consolidation, both of which can increase efficiency and eliminate the risk of conflicting decisions by avoiding situations where different tribunals decide separately on common factual and legal issues.

The ICDR has extended the application of its expedited procedures, which were introduced in 2014 to reduce the time and cost of an arbitration, by doubling the ceiling amount for claims that qualify for adjudication under such procedures from US$ 250,000 to US$ 500,000.4 This change is consistent with recent rule revisions introduced by other major arbitral institutions.

Safeguarding the Impartiality and Independence of Arbitrators

The 2021 Rules expressly address the issue of third-party funding, which has become increasingly common in international arbitration proceedings, and which can raise issues of arbitrator independence and impartiality. Under Article 14(7), the tribunal may, on application by a party or on its own initiative, require the parties to disclose whether any non-party has undertaken to cover in full or in part the cost of that party's participation in the arbitration, to identify the non-party concerned, and to describe the nature of the undertaking. In addition, the tribunal may request that the parties disclose the existence and identity of any non-party with an economic interest in the outcome of the arbitration, such as a funder, insurer, parent company, or ultimate beneficial owner.6This rule is in line with the now widely held view that mandatory disclosure of the existence and identity of a third-party funder is necessary to reduce the risk of conflicts of interest, particularly between arbitrators and the third-party funder.

Encouraging Use of Technology and Mitigating Related Risks

Use of Video and Teleconferencing for Hearings

Consistent with the need to embrace the use of technology to enable remote hearings, particularly during the pandemic, Article 26(2) of the 2021 Rules allows for "a hearing or a portion of a hearing" to be held "by video, audio or other electronic means" if "the parties consent or agree," or if the tribunal determines that doing so "would be appropriate and would not compromise the rights of any party to a fair process." In allowing virtual hearings even without the consent of all parties, the ICDR joins institutions such as the LCIA and the International Chamber of Commerce ("ICC") that introduced similar revisions to their rules.8 This move by the major arbitral institutions suggests that, subject to the needs of each case, virtual hearings are here to stay, even if they may not be the default in all instances.

The use of technology in arbitration has heightened concerns about privacy and data security. Article 22(2) addresses these concerns for the first time by requiring the tribunal to discuss "cybersecurity, privacy and data protection" with the parties during the first procedural hearing, with the aim of providing "an appropriate level of security and compliance." The AAA-ICDR has issued guidance regarding cybersecurity measures that parties, their representatives and arbitrators should consider adopting.9 Further guidance and resources are likely to follow.

Effect of a Party's Failure to Pay Deposits

Role of the Tribunal Secretary

Article 21(1) of the 2021 Rules clarifies that the arbitral tribunal has jurisdiction to rule on questions of arbitrability without court involvement. This change was made to counter doubts that may arise as a result of the position adopted by the proposed final draft of the Restatement of the U.S. Law of International Commercial and Investor State Arbitration (approved in 2019), which questioned whether the incorporation of arbitration rules into an arbitration agreement constitutes "clear and unmistakable" evidence of the parties' intention to delegate arbitrability to the arbitrators, rather than to courts.10 The U.S. Supreme Court decided in First Options of Chicago, Inc. v. Kaplan, that where the parties have not "clearly agree[d] to submit the question of arbitrability to arbitration" such question is "subject to independent review by the courts."11

The rule revisions, with their focus on efficiency, fairness, and flexibility, are likely to be welcomed by users of international arbitration. Overall, they demonstrate the AAA-ICDR's responsiveness to users' needs for fair, flexible and efficient procedures in the evolving international disputes landscape. 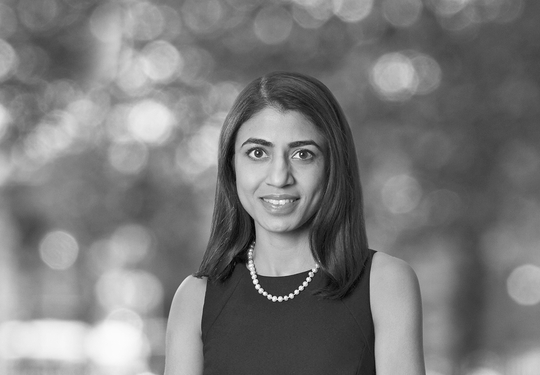