Developments in shared parental leave pay in the UK

Employers in the UK who offer enhanced maternity pay but do not offer equivalent enhancements to shared parental leave pay could face liability for indirect sex discrimination.

A UK Employment Tribunal has ruled that an employer's failure to offer enhanced shared parental pay ("SPP") in line with the enhanced maternity pay offered to mothers amounted to indirect sex discrimination against men. Whilst not binding on future tribunals, the decision highlights the risk to employers who do not offer enhanced rates of SPP in line with their maternity policies, and may set the scene for future claims.

Subject to eligibility criteria, the shared parental leave ("SPL") regime, introduced in April 2015, gives couples the flexibility to share up to 50 weeks of leave and 37 weeks of statutory pay between them following the birth or adoption of a child. One parent must have ended their maternity leave or adoption leave and returned to work, in order for the other parent to take SPL. By way of example, a woman may take 26 weeks of maternity leave and her partner then takes 26 weeks of SPL.

Since the introduction of SPL, one of the biggest questions has been whether, in the absence of a statutory requirement to do so, employers are required to offer enhanced SSP where they already offer enhanced maternity pay. The result has been that, whilst many employers offer enhanced maternity pay, far fewer have been willing to offer comparable enhancements to SPP. It is safe to say that the question of sex discrimination has been widely anticipated since the introduction of the new regime.

The overwhelming view to date has been that failing to align the two would not be direct discrimination, but may amount to indirect discrimination, although it has also been thought that such a claim would be difficult to establish on the basis that SPL is equally available to men and women.

In the earlier case Shuter v Ford Motor Company Ltd [2014], the employer offered enhanced maternity pay but only offered statutory pay for 'Additional Paternity Leave' (the precursor to SPL). A claim of indirect discrimination was rejected on the basis that the relevant policies could be justified as a proportionate means to achieving the legitimate aim of 'recruiting and maintaining women in a predominantly male workforce'.

Mr. Snell and his wife were both employees of Network Rail and were eligible to take SPL. They decided that Mrs Snell would take 27 weeks of maternity leave, and Mr Snell 12 weeks of SPL. Under Network Rail’s 'Family Friendly Policy', Mr. Snell was only entitled to statutory pay of £139.58 per week for his 12 weeks of SPL, while his wife, on the other hand, was entitled to full pay for 26 out of the 27 weeks of her maternity leave. Mr. Snell lodged a grievance, claiming that the policy amounted to sex discrimination.

Network Rail’s 'Family Friendly Policy' was held to be indirectly discriminatory and Mr Snell was awarded compensation of more than £28,000. Network Rail admitted to the discriminatory nature of its policy, but it is not yet clear whether any arguments were advanced in an attempt to justify the policy before making such admission. Presumably the rationale in Shuter could have been argued here, namely that the policy served the legitimate aim of promoting the recruitment and retention of women.

In response to the Tribunal decision, Network Rail has, somewhat controversially, reduced a woman’s maternity pay entitlement to statutory pay only, thereby bringing it in line with the shared parental pay policy (rather than the reverse).

The Network Rail case suggests that it may not be as difficult as once thought to establish indirect discrimination, and an employer could find itself liable where there is a disparity between the level of pay offered to mothers on maternity leave and that offered to fathers on SPL. Where an employer's policies reflect a disparity of pay like this, they should consider what objective justifications they are seeking to rely upon to impose and maintain such policies. If challenged, employers will need to be able to demonstrate that their policies support a 'legitimate aim', which in practice requires a 'good business rationale', remaining mindful that cost alone is unlikely to be sufficient to justify any indirect discrimination. One possible justification may be that offering enhanced maternity pay (but not SPP) has the legitimate aim of seeking to mitigate the gender pay gap which exists in most organisations. This could become even more pertinent when larger employers become required to publish gender pay gap statistics from April 2018.

It is of course open to employers to follow the lead of Network Rail and reduce any enhanced maternity pay so as to align it with statutory SPP. Whilst this is a cost-saving approach that is likely to be appealing to many employers who do not want to increase their rates of SPP, the reputational repercussions could be damaging, particularly as such a move is contrary to the rationale behind SPL. Care would also be needed not to breach any contractual entitlements to enhanced maternity pay, whether express or implied by custom and practice.

It remains to be seen how the case law will develop, or indeed whether the Government will consider it appropriate to legislate to prevent employers from taking steps to reduce existing enhancements, but in the meantime, employers should take a cautious approach in implementing a disparity of pay across policies unless they have an objective justification (beyond mere cost) for doing so. 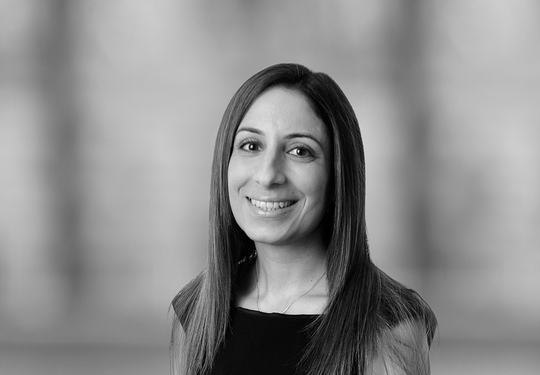