The ICC has published new guidance encouraging the use of summary procedures to determine unmeritorious claims and defences. The ICC's move is the latest in a recent trend by arbitral institutions to encourage arbitrators to use such summary procedures. It is to be welcomed by users and practitioners concerned that arbitration should offer a proportionate and efficient means of resolving straightforward disputes.

In response to calls for greater efficiency in arbitration, institutions have become increasingly adept at adapting their rules and practices to reflect users’ needs and concerns.

The ICC has provided the latest development in this direction, issuing this week an update to its practice note to parties and arbitral tribunals to provide additional guidance on, and encourage, the expeditious dismissal of manifestly unmeritorious claims and defences.

The ICC's move follows the innovative addition by the Singapore International Arbitration Centre (SIAC), in August 2016, of a procedure for the early "summary" determination of claims or defences that are manifestly without legal merit.

At that time, we reported on SIAC's pioneering approach, suggesting that other institutions – and international arbitration culture more generally – would likely follow suit. The ICC's move is the latest step in this direction, and will be welcomed by potential users of arbitration who have been concerned that arbitration historically has not provided an efficient means of determining straightforward claims.

A trend in international arbitration

The ICC's revised note is a further indicator that such summary procedures are becoming more widely accepted in international arbitration.

SIAC adopted its innovative early dismissal procedure at Rule 29 of its revised 2016 Rules. The Arbitration Institute of the Stockholm Chamber of Commerce (SCC) has since made similar provision at Article 39 of its 2017 Rules. Meanwhile the Hong Kong International Arbitration Centre (HKIAC) is currently consulting on proposed amendments to HKIAC's 2013 Rules, including the possibility of an "Early Determination Procedure" for issues of fact or law.

All of these are a welcome response to the concern of arbitration users, as identified in the 2015 White & Case / Queen Mary University of London International Arbitration Survey, that so-called 'due process paranoia'1 and the weak case management that ensues, can lead to time and cost inefficiency, particularly regarding the resolution of otherwise straightforward cases.

Arbitral institutions, including the ICC, have reacted to this criticism and implemented various changes aimed at driving efficiency and expedition in arbitration generally. It should come as no surprise, therefore, that the President of the ICC Court, Alexis Mourre, describes the ICC’s latest guidance as a further tool in the efforts of the ICC and other institutions to "increase the time and cost efficiency" of arbitration.

In contrast to SIAC and the SCC, the ICC has elected not to amend its existing rules at this time by setting out a distinct procedure for the expedited determination of unmeritorious claims or defences. Instead, the ICC has sought to encourage arbitrators to deal with such claims or defences under the broad procedural discretion provided under Article 22 of the existing ICC Rules, which requires ICC tribunals to "adopt such procedural measures as [they consider] appropriate" to ensure effective case management.

Consequently, the ICC's further encouragement is set out in the Note to the Parties and Arbitral Tribunals on the Conduct of the Arbitration2 issued by the ICC Secretariat.3

The guidance provides that any party may apply to the tribunal for an expedited determination of one or more claims or defences, "on grounds that such claims or defenses are manifestly devoid of merit or fall manifestly outside the arbitral tribunal’s jurisdiction." Such an application must be made "as promptly as possible after the filing of the relevant claims or defenses." Once an application is made, the tribunal has discretion to decide whether to allow the application, taking into account all relevant considerations, including the need to ensure time and cost efficiency. If the tribunal allows the application, the responding party shall be given an opportunity to respond, with the "further presentation of evidence … allowed only exceptionally".

Thereafter, the arbitral tribunal is expected to decide on the application "as promptly as possible", with the decision to be issued "in the form of an order or award". In its guidance, the ICC undertakes to scrutinise any such award within one week of receipt.

The implications of summary procedures in arbitration

It is hoped that the moves by leading institutions such as the ICC, SIAC and the SCC either expressly to provide for summary disposal of unmeritorious claims or to encourage such procedures under the umbrella of general provisions in their existing rules, will lead to a general shift in arbitration culture, and a greater acceptance by arbitrators of summary procedures. This in turn should increase the appeal of arbitration for industries (such as financial institutions) and users previously concerned that arbitration would not provide a proportionate means of dealing with straightforward disputes.

While the full implications of the above may take time to materialise in practice, and concerns may subsist that awards made on a summary basis may give rise to enforceability issues in some jurisdictions, it can only support the acceptance of such procedures that institutions are empowering and encouraging tribunals to deal expeditiously with unmeritorious claims and defences.

1 A "perceived reluctance by tribunals to act decisively in certain situations for fear of the award being challenged on the basis of a party not having had the chance to present its case fully".
2 Part V(C).
3 Pursuant to Article 5 of Appendix II of the ICC Rules. 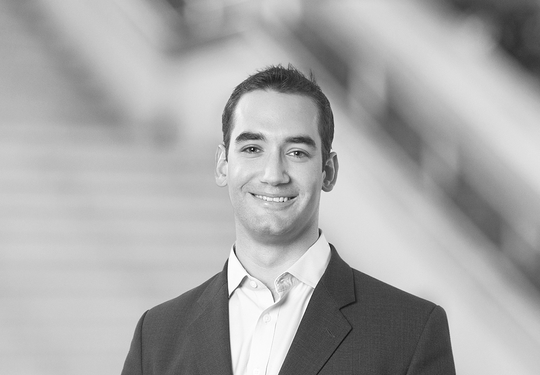