On 9 November 2016, the Plenary Session (Assemblée du contentieux) of the French Administrative Supreme Court (the "State Council" or Conseil d’Etat), the most prestigious bench of the State Council, ruled on an application to annul an international arbitral award issued by an arbitration tribunal to settle a dispute which arose between parties to an international administrative contract.

A construction contract (the "Construction Contract") initially entered into by Gaz de France ("Gdf"), formerly a public utility company (établissement public industriel et commercial), and a consortium of three engineering contractors (the "Consortium") was assigned by Gdf to one of its affiliated companies (the private company "Fosmax") after Gdf was turned into a private company.

Following the refusal of the Consortium to perform additional works, Fosmax decided to exercise step-in-rights (mise en régie) by temporarily taking over the construction works and engaged third-party companies to complete the remaining works at the cost and risk of the Consortium. As the completion of the works led to a dispute between the parties to the Construction Contract, Fosmax submitted a request for arbitration1 to the Paris-based International Court of Arbitration (the "ICC"), in compliance with an arbitration clause inserted by way of an amendment to the contract.

The award dated 13 February 2015 (the "Award"), issued by the ICC, ordered Fosmax to pay the highest amount and rejected its claim for reimbursement of the amount spent to complete the works following the exercise of step-in-rights (mise en régie). Following the Issuance of the Award, Fosmax brought legal action before the State Council seeking the annulment of the Award.

As a preliminary matter, the State Council had to determine whether the French civil or administrative courts had jurisdiction to hear the case. The State Council therefore referred the case to the Tribunal des Conflits2 to settle this question.

To annul the Award, it was necessary to determine, first, which court the French civil court or the administrative court had jurisdiction to hear the case.

The Tribunal des Conflits held3 that the State Council had jurisdiction to perform the judicial review of the Award because (i) the Construction Contract was initially entered into by a public utility company and a consortium of private companies and (ii) the State Council jurisdiction is in compliance with the Inserm case4. Indeed, in the Inserm case, the Tribunal des Conflits held that the review of an international arbitration award which has been rendered in the context of an international administrative contract falls within the jurisdiction of ordinary courts (civil courts), unless it involves the issue of compliance with public policy rules of French administrative law relating to public property occupancy or public procurement.

In the present case, as the claim for annulment filed by Fosmax related to an examination/analysis of the compliance of the Award with public policy rules of French administrative law relating to public procurement, it was deemed that the State Council had jurisdiction to hear the case.

The administrative court's powers to judicially review an award

The State Council took the opportunity to define, for the first time, the scope of control to be exercised by it over claims brought for the annulment of an international arbitration award.

The State Council's judicial review function is limited and only focuses on the following elements:

1. The ability of the parties to bring the dispute before an arbitration tribunal; and

(a) the review of the procedure followed by the arbitral tribunal: the judicial review must be confined to the arbitration tribunal's jurisdiction, composition and mission. This includes a review of whether the award respected certain rights and principles such as the right to an impartial and fair trial, the compliance with the principles of due process of law and the obligation to expressly set out the grounds on which an award was rendered.

The State Council's judicial review over an award is akin to the civil court's judicial review, except on one issue: the preliminary analysis of the ability of the parties to bring the dispute before an arbitration tribunal.

This specificity can be easily explained since under French law, French public entities cannot resort to arbitration6 except when legislative provisions and international treaties allow them to do so.

The partial annulment of the Award

Regarding the parties' ability to bring the dispute before an arbitration tribunal, the State Council confirmed implicitly that Fosmax and the Consortium were allowed to bring the case before the ICC, by directly reviewing the validity of the Award. Indeed, the arbitration clause was lawful because Decree No.2002-56, dated 8 January 2002, expressly allowed Gdf (at this time a public entity) to insert such a clause in the administrative contracts (i.e. such as the Construction Contract) it entered into.

The review of the validity of the Award

However, the State Council ruled that the Award breached a public policy rule of French administrative law, that is, the rule relating to the legal ability of a grantor to exercise step-in-rights (mise en régie) on the construction works when the contractor no longer performs its duties under the public contract. Consequently, the State Council annulled the Award on one issue: the rejection of Fosmax's request for reimbursement of the costs for the works performed by third-party companies once the exercise of steps-in-rights on the works was decided by Fosmax due to the non-performance by the Consortium of its duties under the Construction Contract.

Another major contribution of the decision: its jurisdiction over the awards rendered to settle disputes between parties to partnership contracts (marchés de partenariat)

Diane Houriez, a Law Clerk at White & Case, assisted in the development of this publication.

1 By an amendment to the Construction Contract on 11 July 2011 the parties to the Construction Contract added an arbitration clause in order to give jurisdiction to the ICC over any potential disputes which could arise in relation to the performance of the Contract.
2 The Tribunal des Conflits is a Supreme Court whose role is to determine whether the civil courts or administrative courts have jurisdiction to hear a particular matter.
3 Tribunal des Conflits, 11 April 2016, n° C4043.
4 Tribunal des Conflits, 17 May 2010, Inserm, n° C3754.
5 According to the State Council, an award is deemed to breach those rules if a contract is motivated by an illegal or improper purpose, if the contract suffers a major defect such as a lack of mutual consent, or non-compliance with a rule from which public entities cannot derogate.
6 Fo Article 2060 of the French Civil Code.
7 The ultra petita principle is generally understood to mean that a Court will make a ruling beyond what is requested by the parties to the case. 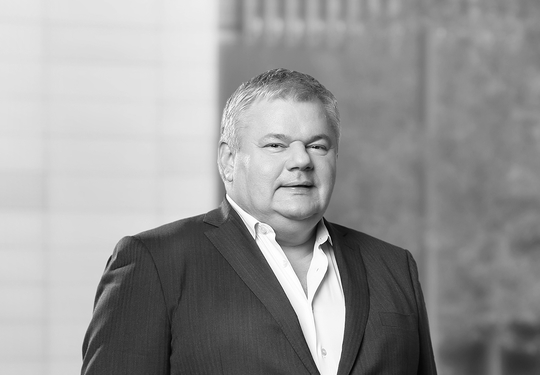