The UK Government recently announced that it has shelved its plan to introduce a new corporate criminal offence for failing to prevent economic crime. However, corporates should still beware other potential criminal liabilities that lurk beneath the surface.

The idea of extending corporate liability under section 7 of the Bribery Act 2010 to cover failure to prevent all financial crime has been strongly supported by David Green QC, Director of the UK Serious Fraud Office, for some years. The proposal has also been backed by the Attorney General, and only last year the UK Government stated that the Ministry of Justice would "examine the case for a new offence of a corporate failure to prevent economic crime and the rules on establishing corporate criminal liability more widely".

Last month, however, Andrew Selous MP, the Parliamentary-Under-Secretary for the Ministry of Justice, announced that Ministers have decided not to carry out further work on the proposed corporate offence as "there have been no prosecutions under the model Bribery Act and there is little evidence of corporate economic wrongdoing going unpunished."

Is this the end of the line for the extension of corporate criminal liability?

Some commentators have suggested that the Government’s announcement means that, for the time being at least, there can be no prospect of a change in the law. However, whilst a wide ranging reform to the law concerning corporate criminal liability appears to have been put on hold, corporates should beware other potential changes which are in the pipeline.

For example, in October 2015 an HM Revenue and Customs (HMRC) consultation closed on the introduction of a new corporate criminal offence of failure to prevent the facilitation of tax evasion. The offence proposed in the consultation is based on that under section 7 of the Bribery Act 2010 and, if introduced, would see corporations held criminally accountable if they failed to prevent their agents from criminally facilitating tax evasion. Just as under section 7 of the Bribery Act 2010, it is proposed that it would be a defence for corporates to show they had put in place adequate procedures to prevent their agents from facilitating tax evasion.

What kind of acts may constitute facilitation of tax evasion under the new offence?

The HMRC consultation highlights five key ways in which an agent of a commercial organisation might criminally facilitate the evasion of taxes through the provision of services. These are: acting as a broker or conduit in arranging access to an intermediary; providing planning and advice on the jurisdictions, investments and structures which will enable taxpayers to hide their assets; the delivery of infrastructure (i.e. setting up companies, trusts and other vehicles to hide the beneficial ownership of assets); the maintenance of that infrastructure (such as by providing professional trustee or company director services); and financial assistance in helping the evader to move money out of the UK and keeping it hidden.

Which companies might be caught under the new offence?

The scope and territorial reach of the new offence mean that, if HMRC’s proposals are implemented, there will be significant potential consequences for both UK and non-UK based companies, particularly financial institutions and service providers. For example, any financial institution, regardless of whether it is based in the UK or not, which has an offshore subsidiary that encourages its clients to hide their assets from UK taxes would likely be caught under the proposals.

It is not only financial institutions that are likely to be affected by the proposed offence. A whole range of service providers, including accountancy firms, law firms, trustees and financial advisers, will also have to take measures to ensure that they avoid liability under the new offence. This includes trustees who turn a blind eye to the tax evasion of any trust or partnership for which they work or law firms whose partners or employees assist clients in evading taxes. Importantly, it is proposed that a corporate can be guilty of the new offence regardless of whether its agent was acting for its benefit in facilitating tax evasion.

What do the proposals mean for you?

This means an additional compliance burden in ensuring that potentially affected organisations put in place adequate procedures to prevent their agents from facilitating tax evasion if they wish to avoid criminal liability under the new offence. Complying with the new legislation could therefore prove both costly and time consuming.

In addition, whilst there may be some relief for companies that the introduction of a general offence of failing to prevent financial crime has been put on hold, it may be that this HMRC consultation is the first sign that a series of specific corporate criminal offences are coming down the line instead. So for all companies seeking to navigate the choppy waters of corporate criminal liability safely, one thing seems clear: you’re gonna need a bigger boat. 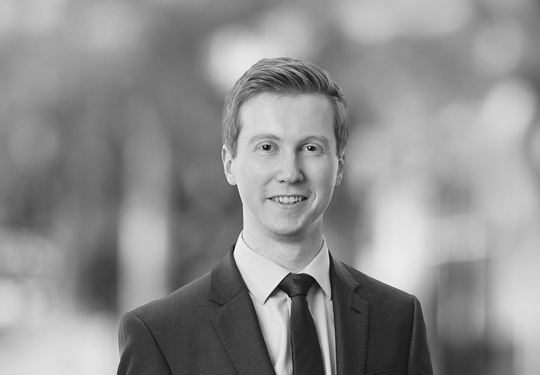