Old is the new “new” – the rule against penalties in Singapore

Background: The rule against penalties

A contractual breach can create a host of issues, not only over liability, but also the consequences arising out of it. To provide some certainty, parties often stipulate in the contract what damages one party has to pay if it breaches the contract in a certain way. Such provisions are commonly known as liquidated damages clauses, because the clause defines or "liquidates" the damages that are payable.

In drafting liquidated damages clauses, parties in common law jurisdictions need to be conscious of the rule against penalties, which could operate to render such clauses unenforceable. The traditional common law position has been that:

The distinction between a legitimate liquidated damages clause and a penalty clause has long been debated.

There were two principal aspects to the Singapore Court of Appeal's decision.

The Dunlop test therefore requires a comparison to be made between:

(a)  the amount of liquidated damages payable; and

(b) the greatest conceivable loss that could flow from the breach.

If (a) exceeds (b), the clause may be considered a penalty.

Significantly, the Singapore Court of Appeal declined to adopt the wider approach developed by the UK Supreme Court in Cavendish Square Holding BV v Makdessi [2016] AC 1172. In Makdessi, the UK Supreme Court reasoned that even if (a) exceeds (b), a liquidated damages clause may not be considered a penalty if it can be construed as protecting the "legitimate interest" of the innocent party, as opposed to seeking to punish the party in breach of contract. The Court of Appeal regarded the "legitimate interest" test as being too vague and general a concept to apply.

The Denka case has several implications for contracts where Singapore law applies.

First, the decision means that the penalties rule cannot be applied where a contract requires the payment of money for something that does not, in substance, amount to a breach of contract. This could be the case, for example, where an energy supply contract includes a "take or pay" provision. An offtaker's failure to take a certain amount of energy will not usually constitute a breach of contract, so the corresponding obligation for it to pay for energy that it never took is unlikely to be struck down as a penalty.

Secondly, although the Court of Appeal did not adopt the English "legitimate interest" test, this does not make it any easier to identify (and advise) when a liquidated damages clause constitutes a penalty. The question of whether stipulated damages are "extravagant and unconscionable" compared with the greatest hypothetical loss that could be suffered inevitably involves numerous imponderables and a large measure of speculation. The penalties doctrine involves shades on a spectrum as opposed to sharp, identifiable lines between enforceable "liquidated damages" and unenforceable "penalties".

Thirdly and most importantly, as Denka demonstrates, the general disposition of the common law courts (those of Singapore and elsewhere) towards attacks on the enforceability of liquidated damages clauses is one of initial scepticism. This is particularly so where the parties are sophisticated business people who are capable of protecting their commercial interests through negotiating acceptable terms. A contracting party has a high hurdle to clear in persuading a commercial court that an agreed liquidated damages clause is "extravagant and unconscionable".

To solidify the conclusion that a liquidated damages clause does constitute a "genuine pre-estimate" of loss and not a penalty, a party could, during contract negotiations, endeavour to furnish information/calculations setting out its expected losses in the event of a breach of contract. This could even be incorporated into the contract in some form, to link the amount of liquidated damages in the contract to such information/calculations. 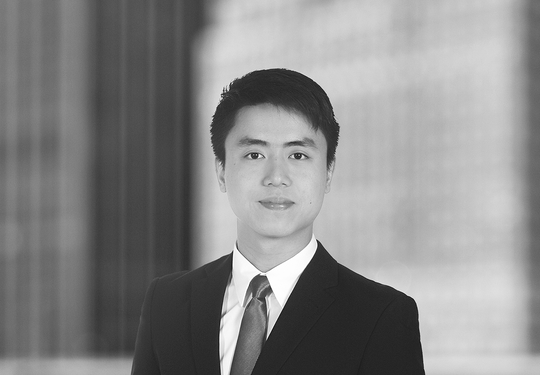