Recovering from an insolvent employer: claims against directors

In a decision of interest to construction industry participants, the English Technology and Construction Court confirmed that, in some circumstances, the directors of an insolvent company may be liable in tort for the failings of that company.

It is not uncommon that, after performing works, a contractor finds out that the employer is insolvent. This may have serious consequences as the contractor will be most likely ranked behind other categories of the employer's creditors in any insolvency process. In this situation, what are the contractor’s other options?

One option may be for the contractor to try to pierce the corporate veil and prove that the employer’s shareholders should be accountable for the company's breach of contract. While such claims are possible, the English courts will normally allow them to succeed only in an extremely limited number of scenarios. These include using a company as a sham, fraudulent misrepresentation and personal injury cases, which usually require a high evidentiary threshold.

Another option is, instead of arguing that the shareholders should be responsible for the company's actions, to make a claim in tort based on the directors' own conduct, as was done in Palmer Birch v Lloyd.

In Palmer Birch v Lloyd, the contractor – Palmer Birch was working on the repair, alteration and extension of a country house for Hillersdon House Limited – the employer. The parties used the JCT Standard Building Contract with Quantities (2011).

The first defendant, Christopher Lloyd ("Christopher") was the employer's sole director and shareholder and the second defendant – Christopher’s brother Michael Lloyd ("Michael") was acting as the de facto director of the employer by funding the employer’s activities and controlling its expenditure.

The employer had essentially no funds of its own and depended on the financing by Michael in order to operate. Michael’s funding became an issue at the end of 2014, which resulted in the employer missing several payments to the contractor. The payments, however, were not resumed once Michael resolved his financial problems. Instead, the funds were diverted to a new company, which was undertaking the identical works and in which Michael was a sole director and shareholder.

In April 2015, the employer purported to terminate the contract, justifying it, inter alia, by the employer's impending insolvency. This, in the event, constituted a repudiatory breach of the JCT contract.

The contractor claimed, among other things, that: 

HHJ Russen QC decided that the fact that Michael diverted funds from the employer to his new company did not by itself constitute inducement of breach of contract, as Michael had no obligations to fund the employer. However, such inducement happened when the employer committed the repudiatory breach, caused by Michael's decision to transfer available funds to the new successor company, which continued to carry the employer’s work, instead of using them to pay the contractor. This was a clear and intentional attempt to induce the repudiatory breach of contract and avoid paying for the contractor’s work.

The court rejected the defendants' argument that the claim was an ill-conceived attempt to pierce the corporate veil as the defendants themselves abused the employer's separate legal personality to obtain the benefit of the contractor’s works without paying for them.

The claim of unlawful interference consists of wrongful interference by the defendant with the actions of a third party in which the claimant has an economic interest with an intention thereby to cause loss to the claimant. This claim failed as Michael was, among other things, not contractually obliged to finance the employer and there was nothing unlawful in his decision to stop the financing.

The tort of unlawful means conspiracy requires an agreement (formal or informal) between the defendants to injure the claimant. HHJ Russen QC decided that this was satisfied by the fact that there was a collusion between the two brothers to cause the repudiatory breach by deliberately liquidating the employer and diverting the funds to a successor company in order to get rid of the existing and further contemplated claims by the contractor.

As a result of this preliminary trial on liability, the court thus found that both defendants had committed economic torts: the employer’s director and sole shareholder Christopher Lloyd – a tort of unlawful means conspiracy and the employer’s de facto director Michael Lloyd – both torts of unlawful means conspiracy and of inducing the breach of contract.

As the post-2008 financial crisis decade shows, changes in oil prices and geopolitical instability has put pressure on the construction industry. With payments slowing, margins compressed and employers facing financial difficulties, contractors globally are finding it increasingly hard to obtain payment for their work. In such cases, contractors will naturally try to go beyond an employer’s separate legal personality.

The decision in Palmer Birch v Lloyd is important as it highlights that the contractor's options are not limited to piercing the corporate veil to go after the employer’s shareholders. If the breach was induced or influenced by the employer’s directors or shadow and de facto directors, the contractor may be able to make claims against them.

As it is unlikely that the contractor’s claims would have succeeded if there had been no blatant abuse of separate legal personality by the defendants, it also highlights the risks connected with the employer’s capitalisation and the importance of getting appropriate guarantees from the shareholders, directors and funders of the employer, if payment issues are a concern. 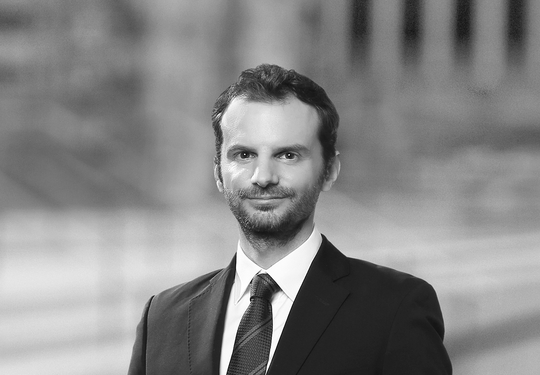