The legacy of the Bribery Act: Beyond bribery and towards a wider 'failure to prevent' offence

On 1 July 2021, it will have been ten years since the UK Bribery Act 2010 ("UKBA") came into force, and it is widely considered to have been a pioneering piece of legislation. In addition to having raised the standard for anti-bribery and corruption law globally, the UKBA has profoundly influenced the attitude of organisations to compliance. We explore the UKBA's successes, its shortcomings, and its legacy across a series of articles. This third and final article in the series considers the UKBA's "failure to prevent" offence and the pros and cons of extending this to cover a broader range of economic crimes.

When it came into force on 1 July 2011, the UKBA was welcomed as the strictest and most robust piece of anti-corruption legislation worldwide. One of its key features was to replace corporate liability for bribery under the identification doctrine with a broader "failure to prevent" ("FTP") offence.

The Criminal Finances Act 2017 ("CFA") followed suit1, and there has since been a growing appetite within the UK Government and among stakeholders to introduce a wider corporate FTP offence covering a broader array of economic crimes, such as fraud, money laundering and false accounting. Lisa Osofsky, Director of the Serious Fraud Office ("SFO"), stated that the introduction of such an offence was at the top of her wish list for the SFO to improve its ability to fight economic crime,2 and that the UK needed to "level up" the current disparity between how we tackle bribery and other economic crimes.3

What's the problem with the current law?

The general rule for attributing liability to companies exists in the common law "identification doctrine", with exceptions for some strict liability and regulatory offences. Under this doctrine, a company can only be held criminally liable if the commission of an offence can be attributed to a person who has the "directing mind and will" of the company at the time the offence was committed.4 In practice, depending on a corporate's organisational structure, only a small number of senior managers and directors will have such "directing mind and will".

This high threshold for the attribution of criminal conduct makes it notoriously difficult to prosecute large corporate entities with complex governance structures, where decision-making power is often exercised on a collective basis.  This was one of the criticisms of the current law noted in a recently published Discussion Paper, where the Law Commission noted that the identification doctrine does not reflect the real distribution of decision-making power in modern corporations.5

It is no secret that the sheer scale of economic crime in the UK and abroad remains considerable. The UK Security Minister has been quoted as stating in evidence before the Treasury Committee that £90 billion was "a conservative estimate" of the scale of money laundering in the UK annually.6 Despite this, the Law Commission has noted that in comparison to other common law jurisdictions, England & Wales has the most restrictive basis for attribution of corporate criminal liability, as only faults attributable to the board and, in limited circumstances, senior managers, give rise to corporate liability.7

Arguments for extending the FTP offence as the way forward

Before the increase in support for an FTP model, successive directors of the SFO supported the adoption of a US-style vicarious liability corporate offence to replace the identification doctrine.8 Under U.S. law, an organisation is responsible for its agents' and employees' actions carried out in the course and scope of their employment, such that companies can be held criminally liable even where they have robust compliance policies in place.

However, the UK FTP offences centre instead on a failure to prevent "associated persons" from committing bribery or the facilitation of tax evasion on a corporate's behalf.  The availability of the "adequate procedures" defence under the UKBA and "reasonable procedures" defence under the CFA softens the harshness of such offences as they  ensure that a corporate with appropriate procedures in place does not commit an offence because of a few rogue employees.

By posing too high a threshold for satisfying the "directing mind and will" test, the identification doctrine fails to offer a realistic prospect of prosecution in order to deter criminal conduct. The introduction of the section 7 offence under the UKBA effectively shifted the burden of proof onto companies, requiring them to show that they had adequate procedures in place to prevent bribery and making it easier for authorities to meet the threshold for prosecution. A more realistic prospect of prosecution should, in theory, act as a stronger deterrent9

Introducing a FTP offence would also create consistency of treatment between different economic crimes. Bribery and the facilitation of tax evasion are but two examples of many economic offences on the statute books, but they are the only two involving a FTP offence.  To many commentators and practitioners, this is an entirely arbitrary position that demands reform.

A new FTP offence would also have the advantage of being familiar to businesses and legal practitioners, who have grown accustomed to the need for adequate procedures under the UKBA over the last decade.10

Arguments against extending the FTP offence

A Ministry of Justice Call for Evidence sought views on whether a new FTP offence would detract from individual accountability.11  Some of those who responded expressed a concern that corporate entities would be targeted for prosecution as a default, thereby reducing individual accountability. As previously discussed,  whilst the SFO has in some (but not all) cases prosecuted individuals post-conclusion of DPAs, it has so far not seen much success in terms of securing convictions.  With this in mind, it could be argued that the extension of the FTP offence could further detract from the aim of bringing individuals to justice, as well as corporates.

A FTP offence may not be helpful to prosecuting authorities seeking convictions for all types of economic offences. It relies on the ability to prove the primary offence, and this can be difficult, especially for crimes where dishonesty is required, as is the case for fraud-related offences. If the prosecution cannot prove dishonesty and establish fraud, there can be no corporate liability for a secondary FTP offence. This would need to be factored into any legislation creating a new FTP offence.

Depending on how many further economic crimes would be covered by a new FTP offence and in what manner, corporates could find themselves with a further increased compliance burden and increased business costs associated with managing this. This may disproportionately affect small and medium-sized enterprises ("SMEs"). In addition, the financial services sector is heavily regulated and corporates already deal with detailed compliance requirements pursuant to legislation such as the Proceeds of Crime Act 2002 and the 2017 Money Laundering Regulations.  Extending the FTP offence may bring about compliance fatigue in general.

However, reducing compliance burdens on SMEs may well be possible. The HMRC guidance on the FTP offence in relation to the facilitation of tax evasion contains a section specifically aimed at SMEs, setting out suggested reasonable prevention procedures for lower risk SMEs.12 Additionally, one suggestion in the Government's Response to the Call for Evidence to mitigate the cost of further compliance would be to allow businesses to build on existing measures in current compliance policies.13

The UKBA'S FTP offence - A legacy yet to be determined

It is clear that establishing a wider FTP offence remains a high priority for the SFO and the UK Government. The Solicitor General and the Minister of State for Security at the Home Office both stated in October 2018, that a key aim post-Brexit was to enhance the reputation of the UK, and the City of London in particular, as a secure and legal place for economic activity.14  Strengthening the integrity of the UK as an international financial centre also features as a key priority in the 2017-2022 UK Anti-Corruption Strategy.15 This is unsurprising given the strategic importance of the financial services sector in the City of London and to the UK economy as a whole.

The political will in Parliament to legislate in this area also appears strong. A recent amendment to the Financial Services Bill 2019-21 proposed by a cross-party group in the House of Commons would have seen the creation of a new FTP offence for FCA-authorised or FCA-registered bodies in relation to fraud, false accounting and money laundering committed by their employees.16  The amendment was only dropped in order not to pre-empt the outcome of the Law Commission's review.17 Notwithstanding the apparent political will for reform, if the Law Commission does make recommendations in favour of introducing a new FTP offence, any such reform is unlikely to occur before 2023 at the earliest.

Whatever shape the reforms ultimately take, it is crucial that they strike a balance between achieving consistency with existing FTP offences to better facilitate their adoption and interpretation whilst also addressing specific issues relating to particular economic crimes. The reforms should support and encourage companies to develop robust corporate governance and compliance frameworks, without imposing an undue burden on management. When the UKBA was introduced, the then Secretary of State made it clear that the UK aimed to play a leading role in stamping out corruption.18  The true legacy of the Act's FTP offence, and whether the UK will once again lead the way in the fight against economic crime, still remains to be seen.

The above article is the third in a three-part series celebrating the 10-year anniversary of the UK Bribery Act's implementation.

Read more:
Reflections on the UK Bribery Act (Part I) 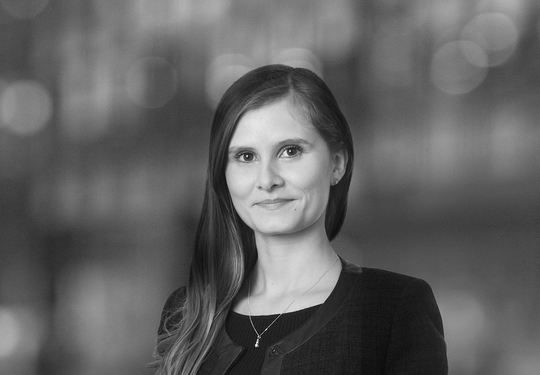