Reflections on the UK Bribery Act (Part I)

On 1 July 2021, it will have been ten years since the Bribery Act came into force, and it is widely considered to have been a pioneering piece of legislation. In addition to having raised the standard for anti-bribery and corruption law globally, the Act has profoundly influenced the attitude of organisations to compliance. As we approach the 10-year anniversary of the Act's implementation, we explore its successes, shortcomings and legacy across a series of articles. This first article in the series considers the Act's key achievements.

Following its enactment, the Bribery Act 2010 (the "Act") garnered widespread praise from international companies, NGOs and law firms alike. Today, the prevailing view remains that the passage of the Act and its subsequent implementation have been a success. Where recommendations have been made for improving the Act, they have focused less on amending the legislation itself, but rather on addressing procedural issues, such as combatting long delays during the investigative process and improving the manner and extent of coordination between agencies investigating and prosecuting bribery offences.1

1)   From a patchwork to a quartet of offences

Prior to the Act, the UK had a patchwork of bribery laws built up over centuries, consisting of a miscellany of statutory and common law offences. Although the UK took the first step in aligning its laws with international standards by ratifying the OECD's Convention2 in 1998, it continued to be behind the curve until 2010, when the Act was passed.

The United States had previously been considered the world leader in anti-bribery legislation having introduced the Foreign Corrupt Practices Act ("FCPA") in 1977. However, the Act superseded the FCPA to become the anti-bribery and corruption gold standard because it not only targeted the payment of bribes to foreign public officials, but also those in the private sphere, and it made passive bribery an offence. The Act also went further than the FCPA by imposing strict liability on corporates for failing to prevent bribery by a person 'associated' with it.

Today, the Act is widely considered to have successfully modernised and consolidated UK anti-bribery laws by bringing them in step with modern commercial practices. The Act is simple and wide-ranging based on four primary offences. The first two offences relate to the giving and receiving of bribes and set down six scenarios in which one of the two offences will be committed. The third relates specifically to the bribery of a foreign public official and the fourth, most innovative offence, targets commercial organisations that fail to prevent bribery.

Prior to 2010, UK bribery laws were considered inadequate when it came to combatting corporate commercial bribery. This was evidenced in the UK's failure to prosecute a single case of bribery against a company.

Historically, UK prosecutors have struggled to secure convictions against corporations and this has been attributed in large part to the requirement to prove wrongdoing by the directing mind and will of a company under the traditional 'identification principle'. However, the Act's section 7 offence circumvented this issue by criminalising the failure by commercial organisations to prevent bribery by associated persons. It was described by Transparency International UK as "invaluable as a tool to incentivise improvements in corporate behaviour and for prosecutors to hold companies to account within a criminal law framework".3

While the creation of the strict liability section 7 offence has not yet led to a significant increase in corporate prosecutions or convictions, its success to date is perhaps better demonstrated as a tool to incentivise corporates to conclude Deferred Prosecution Agreements ("DPAs") with the Serious Fraud Office (SFO). In Part II of this series, we will look at how DPAs have quickly become the SFO's enforcement tool of choice when pursuing allegations of bribery and corruption against corporate entities.

Whether resulting in prosecution or a DPA, the risk of significant penalties and other sanctions in connection with potential liability for a section 7 offence, and the relative ease for the offence to be made out, creates a strong incentive for organisations to invest in reinforcing their compliance frameworks.

The only defence available to a commercial organisation charged with the failure to prevent offence is that it had in place "adequate procedures" designed to prevent bribery. This element of the Act has precipitated a fundamental shift in the way businesses think about and respond to corruption. Crucially, in requiring "adequate procedures", the Act places a weighty responsibility on businesses (of all sizes) to vigilantly guard against bribery and take active steps to root it out.

As a result, ensuring compliance with the Act through the design and implementation of a robust compliance framework has been a key focus of organisations and their external advisers over the last decade. Even those companies falling outside of the ambit of the Act are likely to have experienced a sea change in what is expected of them by "in-scope" financial institutions and other counterparties in terms of anti-bribery and corruption policies and procedures.

In addition, organisations operating in industries at greater risk of corruption (e.g. the extractive resources, oil and gas and overseas development sectors) may have also reassessed their relationships with third-party partners who, due to the stringency of the Act, posed a greater risk than they did an opportunity.

Although the bribery of foreign officials has been criminalised since the UK aligned its bribery law with the OECD Convention in 2001,4 the Act dramatically expands the law's jurisdictional reach.

Under section 7 of the Act, a commercial organisation that "carries on a business, or part of a business" in the UK can commit an offence of failure to prevent bribery irrespective of where the corrupt conduct took place.

Although the courts have not yet had an opportunity to substantively consider the jurisdictional test in section 7, the Act's extra-territorial reach was dealt with in the DPA entered into by Dutch-domiciled Airbus SE and the SFO in January 2020. The court approving the DPA accepted that the test was satisfied on the basis that part of Airbus' business was carried out in the UK through two of its subsidiaries. This was despite the fact that Airbus' primary operational headquarters were in France and the conduct to which it admitted took place outside of the UK.5 Although the law on this point remains untested, this provides an indication of the court's approach.

The UK anti-bribery regime has come a long way since it attracted criticism prior to the Act's implementation. Today, few question the credentials of the Act as a pioneering instrument in the international effort to combat bribery and corruption. As a House of Lords 2019 post-legislative scrutiny report6 noted, it is an example to other countries of what is required to deter bribery. Other countries have indeed followed the example set by the UK by enacting similar anti-bribery laws, but the Act remains the gold standard.

Looking ahead, the success of the Act over the next decade will largely be dependent on how it is enforced. In Part II of our series on the Act's anniversary, we reflect on some of the trends and shortcomings that have emerged in the Act's short enforcement history. Part III will take a closer look at the centrepiece of the Act, the corporate offence for the failure to prevent bribery, and consider how this offence will shape the debate on corporate criminal liability in the years to come.

The above article is the first in a three-part series celebrating the 10-year anniversary of the UK Bribery Act's implementation. 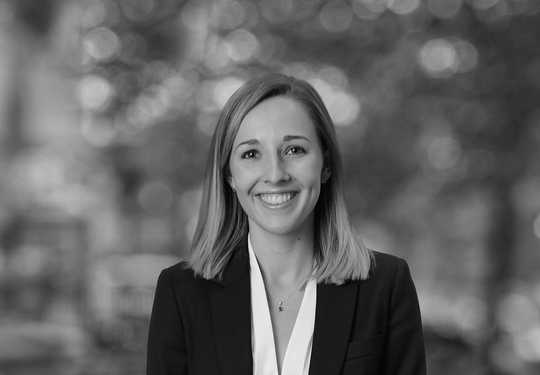