On 1 July 2021, it will have been ten years since the Bribery Act came into force. The Act is widely considered to have been a pioneering piece of legislation. In addition to having raised the standard for anti-bribery and corruption law globally, the Act has profoundly influenced the attitude of organisations to compliance. We are exploring its successes, its shortcomings, and its legacy across a series of articles. This second article in the series considers whether, a decade on, the Act still has yet to meet some of its objectives: namely, effectively dissuading companies from allowing bribery to happen on their watch, prosecuting those who do, and holding culpable individuals to account. We focus on how the Act has been enforced in the UK, with particular regard to bribery-related Deferred Prosecution Agreements ("DPAs") and the impact of the Act on individuals and small and medium enterprises ("SMEs").

Prosecutions under the Act

At the time of the Act's introduction, the UK government said the new legislation would ensure the UK is "at the forefront of the battle against bribery".1  Ten years later, the Act is still widely considered on paper at least to have achieved this objective, with many commentators lauding the Act as the toughest piece of anti-bribery legislation in the world. However, this has not yet translated to prosecutions brought under the Act.

As the House of Lords Select Committee on the Bribery Act 2010 noted in its 2019 post-legislative scrutiny report, the number of prosecutions has been "low".2  Most of the cases prosecuted in the early years of the Act related only to minor offences involving bribes of less than £10,000, which could have been prosecuted under the precursor legislation to the Act, rather than the allegations of large-scale corporate bribery that the Act was intended to address. The SFO – the lead agency for investigating complex bribery cases and enforcing the Act where overseas corruption is involved – reported in March 2020 that it had taken five cases to court since the Act's introduction.3

Factors behind the low prosecution rate

Nonetheless, as the House of Lords report also noted, bribery has historically been prosecuted at a relatively low rate owing to the inherent complexity and resource-intensive nature of investigations. The introduction of the Act does not alter this reality.

When looked at alongside the US Foreign Corrupt Practices Act 1977 (the "FCPA"), the implementation of the Act has been comparatively swift; enforcement action under the FCPA was largely dormant for decades after it came into force, whereas prosecutions under the Bribery Act – while low in number – commenced fairly quickly. It remains too early to judge the Act solely on the basis of the number of prosecutions brought under its provisions to date, but as the Act enters its second decade, the rate of prosecutions will be a closely observed indicator of its effectiveness.

Three years after the introduction of the Act, the Crime and Courts Act 2013 introduced DPAs to the UK, providing prosecutors with a new method of enforcement in the context of fraud, bribery and other economic crime. DPAs appear to have quickly become the SFO's enforcement tool of choice when pursuing allegations of bribery and corruption against corporate entities.

To date, six of the nine DPAs concluded by the SFO relate to bribery offences, including in all instances offences under the Act. In particular, all six of these bribery-related DPAs involved the corporate entity accepting at least one charge under the flagship "failure to prevent" offence under section 7 of the Act. However, it should be noted that UK prosecutors are not alone in their tendency to resolve bribery cases through voluntary agreements with offending parties.4

On the one hand, the SFO's reliance on DPAs to enforce the Act against corporate entities has ensured the efficient punishment of these entities' wrongdoing without incurring the significant costs and risks associated with taking a case to trial. On the other hand, the number of DPAs relative to the number of criminal prosecutions has raised concerns that the former have become a substitute for the latter.

Critics of the DPA regime argue that it amounts to a "soft option" for those engaging in serious corruption who "at the right price, can buy their way out of punishment giving impunity to those who flagrantly broke the law",5  and that the increasing prevalence of DPAs risks diminishing the long-term deterrent effect of the Act.

At the same time, prosecutors have also struggled to secure convictions against the individuals implicated in the DPAs. At present, there is no avenue of redress for individuals to correct the factual basis of a DPA to reflect their acquittal.

The insensitivity of the DPA regime to the interests of individuals is underscored by the unavailability of DPAs to individuals. In the US, where DPAs were initially conceived, the agreements were first introduced for individuals and only recently became a tool of criminal enforcement against corporate entities. The absence of any widespread legislative appetite in the UK for extending DPAs to individuals raises the prospect of further cases of individuals suffering procedural unfairness at the hands of the corporate DPA.

Whilst the issues surrounding DPAs should not be attributed to the Act itself, if the Act is to achieve its stated aims over the next decade prosecutors will need to take on culpable corporates and individuals alike.

One of the consequences of the tendency so far to resolve allegations of corporate bribery by way of DPAs is the stunting effect on building a body of jurisprudence.

In particular, what constitutes "adequate" for the purposes of the "adequate procedures" defence to the section 7 offence has received scant judicial attention, as DPAs have directed the most significant section 7 cases away from the courts. This makes it difficult for commercial organisations to assess whether their anti-bribery programmes will qualify them for a defence in the event of prosecution.

This is not the only element of the statute that remains unclear; the jurisdictional application of the section 7 offence, which applies to a corporate which "carries on a business or part of a business" in the UK, has so far evaded substantive clarification. The recent DPA entered into by Dutch-domiciled Airbus SE may provide some indication of approach. The court approving the DPA accepted that the jurisdictional test was satisfied on the basis that part of Airbus' business was carried out in the UK through two of its subsidiaries. This was despite the fact that Airbus' operational headquarters were in France and the conduct to which it admitted took place outside of the UK. However, the fact that Airbus did not contest jurisdiction means the law on this point still remains fundamentally untested.

The plight of SMEs

The position of SMEs in relation to the Act continues to attract attention out of concerns that small businesses are more harshly affected by the legislation. The House of Lords report suggested that, in the case of the section 7 corporate offence, SMEs may not have sufficient awareness of the "adequate procedures" defence and fewer resources to design and implement sufficiently robust compliance controls.

A high bar with insufficient guidance

As it currently stands, the bar that defendants must clear to establish that they have "adequate procedures" is as high for SMEs as it is for large multi-national companies. The Act does not make provision for simplified procedures for SMEs which would offer an approach more proportionate to the availability of financial, and other, resources to those SMEs. The official guidance does not help on this point, offering a one-size-fits-all approach which does not deal with the particular characteristics of smaller businesses. The House of Lords report deemed the guidance "less successful" in providing SMEs with the information they need to devise formal anti-bribery policies.

Entering into a DPA: the preserve of large companies?

In addition to this perceived inequity, concerns have also been raised about the eligibility of SMEs for DPAs. One of the attractions of DPAs is that they allow prosecutors to punish corporate wrongdoing without the collateral consequences of conviction that risk putting the company out of business or causing other harm to investors, employees or the market.

This justification for pursuing a DPA over criminal prosecution is less pertinent when it comes to enforcement action against SMEs whose size and scale mean that conviction is unlikely to result in any systemic harm. With few prosecutions brought to date by the SFO, it is difficult to test this thesis, but it is notable that of the nine DPAs concluded by the agency to date, only one has involved an SME.

Even at its tenth anniversary, the Act is still in its infancy. The real test for the Act and those charged with enforcing it will likely come in the next decade as the antecedents to the Act cease to apply, current bribery investigations come to a head and the economic shock induced by the COVID-19 pandemic creates an environment ripe for corruption.

The OECD's Working Group on Bribery recently warned that the crisis raises the prospect of foreign bribery, particularly in the health sector, given the significant pressures on companies' operations and the intense demand for health and pharmaceutical products.6 As we recently noted, the shift towards new working practices (i.e. working from home and increased digitalisation of work) creates novel risks for businesses that may undermine their compliance programmes, including those established to prevent bribery.

In meeting the challenges of the next decade, the Act's effectiveness will largely depend on how it is enforced.

The above article is the second in a three-part series celebrating the 10-year anniversary of the UK Bribery Act's implementation.

Read more:
Reflections on the UK Bribery Act (Part I) 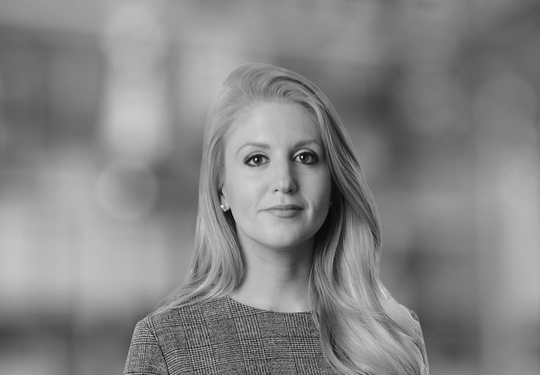