The decision confirms there is little leeway for respondents who fail to prepare a fully compliant and fully reasoned SOP Act payment response. This reflects the SOP Act's goal of enabling successful claimants to obtain payment quickly and efficiently.

A summary of the SOP Act adjudication process in Singapore can be found in one of our earlier alerts, available here.

Black Knight engaged Mataban to carry out certain construction works. A payment dispute arose, and Mataban served a SOP Act payment claim. Black Knight responded, arguing the work was substantially incomplete and that it had incurred significant costs due to delay.

Under the SOP Act, a respondent must give reasons for withholding funds when it first responds to a payment claim (i.e. in its 'payment response'). Only reasons in the payment response can be considered in the adjudication.

Here, the adjudicator found Black Knight's payment response was invalid under the SOP Act. The judgment suggests this was because Black Knight failed to:

Black Knight applied to the court to set aside the adjudication determination and the court's enforcement order. Black Knight argued that, by disregarding its arguments, the adjudicator made a 'jurisdictional error' or breached the rules of natural justice.

i. What is the court's role in reviewing the adjudicator's decision on the validity of the payment response?

ii. Was the adjudicator correct to find that the payment response was invalid?

iii. Did the adjudicator make a 'jurisdictional error' or breach the rules of natural justice?

The court refused to set aside the adjudicator's determination. In summary:

Given the court's conclusion that it should not intervene in the adjudicator's decision, the court did not consider issue (ii) (whether the adjudicator was correct to find that the payment response was invalid). Finally, although the court made no specific finding on issue (iii), it repeated its view that there was no basis for a challenge framed either as a 'jurisdictional error' or a breach of the rules of natural justice.

The SOP Act system favours quick and efficient resolution of payment disputes. To achieve this, it imposes strict deadlines and requirements for payment claims and responses.

Mataban reflects the courts' willingness to allow adjudicators to robustly implement those deadlines and requirements. The courts are unlikely to revisit an adjudicator's findings about a respondent's SOP Act compliance. They are much more likely to facilitate speedy enforcement of the adjudication determination for the successful claimant.

The Mataban decision also reinforces that a payment response must be SOP Act-compliant and must give comprehensive reasons for non-payment. Failing to do so means the adjudicator could disregard a respondent’s arguments, with limited scope for set aside in the courts.

Where a set aside application is not viable, parties dissatisfied with adjudication will still be able to commence fresh litigation or arbitration on the merits of the dispute. The court or tribunal’s decision would then replace the adjudicator's determination.3 But in practice, cost, time and other considerations may often mean full-blown litigation or arbitration is undesirable or unrealistic.

1 See Mataban, at [27-31] and [43-44], discussing the recent High Court decision in Ang Cheng Guan Construction Pte Ltd v Corporate Residence Pte Ltd [2017] 3 SLR 988 (where an adjudication review determination was set aside because the adjudicator had 'misdirected himself in a point of law' by refusing to consider issues raised by the claimant); and the New South Wales Supreme Court decision in Multiplex Constructions Pty Ltd v Luikens and Anor [2003] NSWSC 1140 (where an adjudication determination was quashed because the adjudicator made a jurisdictional error by disregarding a respondent’s submissions, citing the respondent's failure to adequately identify reasons for non-payment in its payment schedule (i.e. the equivalent of a SOP Act payment response)).
2 Mataban, at [34], citing the Court of Appeal in Citiwall Safety Glass Pte Ltd v Mansource Interior Pte Ltd [2015] 1 SLR 797 at [48].
3 SOP Act adjudication determinations have 'temporary finality'. This means a determination is final unless and until the dispute is resolved by agreement or determined on the merits by a court or arbitral tribunal. 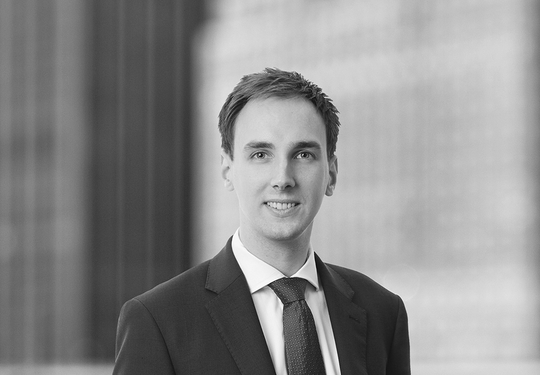