The European Court of Justice held in Coty1 that a manufacturer operating a lawful selective distribution system for luxury goods is allowed to prohibit its authorised distributors from selling those goods on third-party Internet platforms.

The Court confirmed more generally that, under certain conditions, selective distribution systems designed primarily to preserve the luxury image of goods comply with Article 101(1) TFEU. In so doing, the Court clarified its judgment in Pierre Fabre2 which had prompted some commentators to doubt altogether the legality of selective distribution systems for luxury goods.

Manufacturers of luxury products will now be able to keep a tight grip over their selective distribution networks in the EU. The debate will move to national courts and competition authorities which will have to decide whether the judgment applies to luxury products only – and what exactly falls within the scope of "luxury" for such purposes – or to a broader category of products.

Coty is a leading manufacturer of luxury cosmetics, which distributes its products through a selective distribution network of authorised retailers. Resellers can sell the products on the Internet through an "electronic shop window" on the condition that the products' luxury character is preserved. However, they are prohibited from selling on unauthorised third-party online resellers that are "discernible to the public to handle Internet sales" (e.g. eBay, Rakuten or Amazon). One reseller – Parfümerie Akzente, the defendant in this case – refused to adhere to this prohibition and began selling Coty's goods on amazon.de. Coty sought to enjoin the reseller from doing so, but the lower instance court refused to enforce the restriction, finding that it violated both EU and German competition law. 3 On appeal, the Frankfurt Higher Regional Court sought a preliminary ruling from the ECJ to determine essentially whether (a) selective distribution systems for luxury goods that aim at ensuring a “luxury image” are in general compatible with Article 101 TFEU and (b) whether the prohibition of sales on third-party online marketplaces is lawful.

The Coty case arose against the backdrop of contradictory decisions by German courts and the German Federal Cartel Office regarding access to third-party online marketplaces and price comparison portals.4 The matter is also quite contentious elsewhere in Europe, with national competition authorities and courts reaching conflicting decisions. The broader importance of the case is reflected in the number – and opposite views – of governments intervening in the case: while Germany and Luxembourg took the position that such restrictions are anti-competitive, France, Italy, Netherlands, Austria and Sweden favoured allowing restrictions on selling at online marketplaces. The European Commission, in its observations, also unequivocally endorsed the latter approach, which is consistent with its Vertical Guidelines and statements in the context of its recent E-commerce sector inquiry.

In Coty, the ECJ unequivocally reiterates that selective distribution systems comply with Article 101 TFEU under the following conditions:

According to the Court, the allure and prestigious image of luxury goods enables consumers to distinguish them from similar goods. Impairing that aura is therefore likely to affect the actual quality of those goods.5 The condition that the luxury goods are displayed in sales outlets in a manner that enhances their value contributes to the reputation of the goods and contributes to sustaining their aura of luxury.6 Therefore, the characteristics and the nature of goods may justify the implementation of a selective distribution system to preserve the quality of those goods and ensures their proper use.7

The ECJ clarified the much-debated potential contradiction between its older case law and the Pierre Fabre judgment. First, the Court repeated a statement in Pierre Fabre that agreements constituting a selective distribution system "necessarily affect competition in the common [or internal] market". The Court, however, did not repeat the next sentence in the Pierre Fabre statement that "[s]uch agreements are to be considered, in the absence of objective justification, as 'restrictions by object'".8 This subtle but clear omission in Coty sends a signal that selective distribution agreements should not be seen as presumptively anti-competitive.

Second, the Court specified that paragraph 46 of Pierre Fabre,9 which was the focus of many debates, should not be misread to raise doubts about the general legality of selective distribution systems for luxury goods. The Court explained that its assertions in this paragraph of Pierre Fabre should have been read "in the light of the context of that judgment" and as "interpretative elements" necessary to enable the referring court in that case to rule on the underlying issue.

The Court then clearly distinguished Coty from Pierre Fabre, stressing that the context in Pierre Fabre was particular because the prohibition referred to all online sales by Pierre Fabre's distributors and the goods in question "were not luxury goods, but cosmetic and body hygiene goods".10 It is not clear, however, which of the two is the main distinguishing factor.

As regards the contractual clause prohibiting sales on online marketplaces that Coty imposed on its resellers, the Court finds that such a clause, designed in the context of a selective distribution system, will be lawful under Article 101(1) as long as it meets the same criteria that the system itself is required to meet (see above).

Normally, it is the referring court that applies the ECJ's ruling to the facts of the case, but the ECJ here provides a detailed reasoning as to why the above criteria are met in this case, thus essentially giving the final result "on the plate". This usually happens when the Court feels strongly about a case and has all the elements in its possession to give a powerful indication to the national court as to how to decide it.

It was common ground that the objective of the clause in question was to preserve the image of luxury and prestige of the goods at issue. The clause was also clearly objective and applied uniformly and without discrimination to all distributors across the board. The Court therefore only found it necessary to examine whether the clause was "proportionate in light of the objective pursued".11

First, the Court finds that the clause was appropriate to preserve the luxury image of the goods, because it provided the supplier with a guarantee that those goods will be exclusively associated with the authorised distributors and that they will be sold online in an environment that corresponds to the qualitative conditions that brand owners are permitted to impose on their authorised distributors. Allowing the goods to be sold via unauthorised resellers would carry the risk of deterioration of the goods' presentation and could harm their luxury image. The Court also notes that online platforms sell "goods of all kinds", which could harm the luxury image of the goods in question.

Second, the Court finds that the prohibition did not go beyond what was necessary for the attainment of the objective pursued. The clause did not contain an absolute prohibition to sell the goods online, but permitted the distributors to sell the goods on their own websites or via third-party platforms "when the use of such platforms [was] not discernible to the consumer". Moreover, the Court notes that the Commission's E-commerce investigation showed that third-party online platforms remain relatively marginal and that the main online distribution channel remains the distributors’ own online shops.12 Then, the absence of any contractual relationship between the supplier and third-party platforms means that the former cannot be sure that the latter will comply with any pre-defined quality conditions.

Finally, in response to a question from the referring court, the Court also examines whether, in case the clause was found to breach Article 101(1), it could be block-exempted by Regulation 330/201013 on vertical agreements (VBER).14 That would be the case if there was no "hardcore restriction". The Court confirms that the prohibition of online sales via third-party platforms should not be treated as a "hardcore restriction" within the meaning of the VBER: first, the prohibition could be considered neither as a restriction on the customers to which a distributor could resell15 nor as a restriction of passive sales,16 because customers can still reach the online offer of authorised distributors either via advertisement on third-party platforms or by using various search engines. The Court thus discredits the idea that all Internet sales are to be considered passive sales.

It is now clear that restrictions imposed on selective distributors of luxury products to sell on third-party online platforms are presumptively compliant with EU competition law, if they are imposed in the context of a lawful selective distribution system. The judgment thus brings legal clarity on a question that had led to heated discussions and conflicting judicial and administrative outcomes.

Reactions to the judgment were quick: the Commission praised the judgment (which is in line with the Commission’s public stance on the matter), while the President of the German Federal Cartel Office emphasised that its scope was narrow and limited to luxury products only. Stakeholders have been warned: the terms of the debate may have changed, but it has not disappeared. We are now likely to see further enforcement and litigation focusing on the issue of whether products other than luxury products may benefit from the presumptive lawfulness.

On this issue, it is clear that, contrary to AG Wahl's opinion,17 which seemed to accept the legality of the clause in question beyond luxury goods, the Court in Coty says little about products other than luxury products. The proponents of a narrow interpretation of the Court’s ruling will no doubt stress the fact that the word "luxury" appears 54 times in 69 paragraphs. Those advocating a more expansive reading of the ruling will note that the judgment in para. 24 uses as starting point of its analysis para. 41 of Pierre Fabre, which itself refers to Metro I, a judgment concerning "high quality and technically advanced consumer durables". Furthermore, it is interesting to note that the judgment at times refers to the "luxury and prestige" of the goods in question18, yet the actual answer to the German's court's question does not mention prestige, only "luxury". There may therefore be debate as to whether goods in any particular scenario are "prestige".

While the controversy will no doubt continue to rage, the ECJ does seem to provide grounds for optimism for those arguing in favour of sales restrictions in relation to third-party platforms under the VBER, regardless of the products’ luxury or prestige. Such restrictions could, arguably, be block-exempted as long as the seller’s and retailer’s market shares, respectively, do not exceed 30%. One thing is sure however: this is unlikely to be the final word.

1 Case C-230/16 Coty Germany; judgment of 6 December 2017.
2 See ECJ Judgment of 13 October 2011 in case C-439/09 Pierre Fabre Dermo-Cosmétique.
3 The lower court relied on Case C-439/09 Pierre Fabre Dermo-Cosmétique SAS.
4 For example, the Düsseldorf Higher Regional Court ruled that ASICS’s general prohibition preventing its dealers from using price comparison portals violated competition law, because it was not necessary to ensure consistent product quality and preserve the brand image. Conversely, the Frankfurt Higher Regional Court held that retailers of Deuter backpacks were legitimately prohibited from distributing the products on Amazon and on price comparison portals, because this ensured the product quality and a qualified product advice.
5 Coty, para. 25.
6 Ibid, para. 27.
7 Ibid, para. 26.
8 Pierre Fabre, para. 39.
9 "The aim of maintaining a prestigious image is not a legitimate aim for restricting competition…".
10 Coty, paras 32 and 33.
11 See Coty, para. 43.
12 Interestingly, the Commission's investigation revealed that the use of third-party online platforms is particularly prominent in Germany, where the Coty case originated from.
13 Commission Regulation (EU) No 330/2010 of 20 April 2010 on the application of Article 101(3) of the TFEU to categories of vertical agreements and concerted practices (OJ L 103).
14 In the case at hand the market share thresholds provided for in Article 3 VBER were not exceeded.
15 Within the meaning of Article 4(b) VBER.
16 Within the meaning of Article 4(c) VBER.
17 Opinion of Advocate General Wahl in Coty of 26 July 2017; see our summary of the opinion here.
18 Coty, paras 38 and 42. 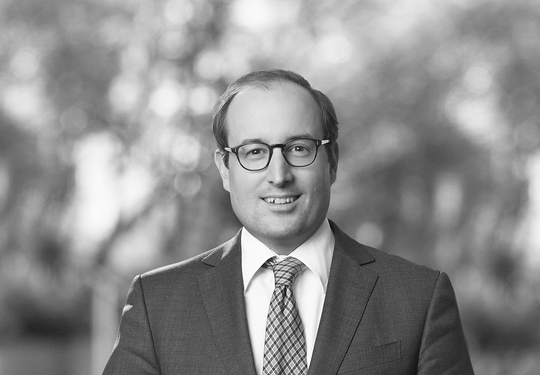 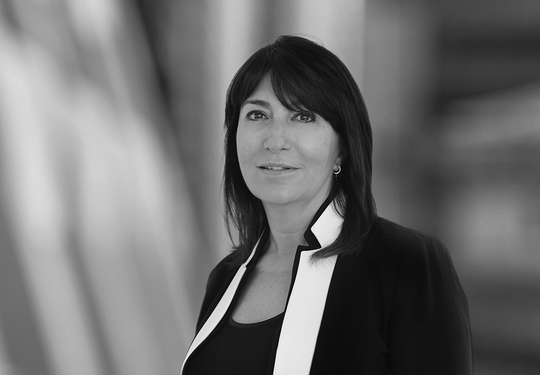