Sustainable energy and infrastructure projects under a Biden administration

In recent years, the call of "Make America Great Again" came to define many aspects of life in the United States, including aspects of its approach to energy and infrastructure policy. Under this "America First" banner, the Trump administration touted a trillion dollar infrastructure plan, which ultimately failed to materialize during his four-year term. The incoming Biden administration faces an estimated $2 trillion funding gap between the need for new infrastructure and the projected spending at all levels of government in the US over the next decade. One of the first questions our panel considered was whether "Build Back Better" under the Biden administration means that it will be able to achieve tangible results in the infrastructure sector where Trump's "Make America Great Again" fell short of expectations.

"What is different this time is that, with a Democrat-controlled Congress, Joe Biden's party actually has the ability to get an infrastructure package passed and have laws enacted," said Dolly Mirchandani. She emphasised that Biden's infrastructure plan is "intended to be hugely ambitious" as he wants to address the so-called $2 trillion dollar financing gap and in doing so, "move the dial in terms of modernising the state of infrastructure in the US." While acknowledging the dire state of infrastructure in the US, Dan Hagan noted that the industry more commonly benchmarks the infrastructure financing gap as being several hundred billion dollars. He described the figure of $2 trillion as "aspirational" and based on a false premise; i.e., "the assumption that the entire transmission system, which has been built over the past 150 years, will be replaced in its entirety."

"America First" needs to catch up!

Our panel recognised the same national economic imperatives transcend the Trump and Biden administrations, while noting the different tone of the messaging around these issues. Whereas Trump's "Make America Great Again" messaging was more direct and confrontational, Ms. Mirchandani perceives Biden's messaging to be more pragmatic and tempered by realism. "Biden is no stranger to the problems associated with infrastructure in the US, and has actually been a champion for increased infrastructure spending now for many years," she said. When Biden announced "we'd better do this or China will eat our lunch", Ms. Mirchandani said that while this was a slight nod to "Make America Great Again" messaging, what he was really saying was, "we're behind and we really need to catch up!"

Part of that catching up means acknowledging that many of the infrastructure assets in the US were built in a bygone era and have long since fallen into disrepair due to historic under-investment. The other more positive part entails driving better performance from any new round of national infrastructure investment to ensure that these circumstances are not repeated in a few decades. Ms. Mirchandani emphasized that, "along with this investment and drive to improve America's competitiveness in the global economy, top of mind for the Biden administration will be the creation of millions of jobs, which have been eviscerated during the pandemic."

Our panellists were also asked to consider whether the US under Joe Biden's leadership will once again return to the global stage on climate change, and the implications of this for the rest of the world.

Doubling down on net zero commitments

On climate change, Mr. Hagan noted that President Biden re-joined The Paris Agreement on his first day in office. He also designated John Kerry, the former Secretary of State, as his administration's climate envoy to promote the environmental agenda and climate change both within the US and globally. In terms of Biden's policy footing, Mr. Hagan said, "I fully expect that we will continue with the framework that Biden has established for pursuing net zero greenhouse emissions by 2050 by doubling down on the commitment." The influence of Biden's net zero pledge can already be observed in the changing climate policy postures of a number of Asia Pacific nations, including Australia and Japan.

Multilateralism is the name of the strategic game

Continuing this theme of America's reengagement with key global frameworks for addressing climate change, Martin Menski then addressed what this reengagement means for US agencies. He agreed that "greater multilateralism is the name of the game for the Biden administration," though he also echoed the panellists' earlier comments that under Biden there are still traces of "America First" thinking among the the new political leadership which will likely permeate policy priorities for agencies. In this regard, Mr. Menski observed that, "there is now an emphasis on giving priority to projects where there is clear investment from US entities and their allies, along with increased scrutiny in some of US Agencies on projects involving strategic competitor's content."

Mr. Menski further noted a more refined focus by the Biden administration and US agencies on the Indo-Pacific region. "We see a lot of movement in terms of personnel, and US officials who would have otherwise been based in Washington, DC being transferred to the Asia-based offices to build up teams in the Indo-Pacific. In this way, you are going to see much more proactive, on-the-ground engagement by the US agencies – not just through the multilaterals but also through the actual US government agencies themselves, including by partnering with other like-minded agencies, such as JBIC, JICA and ADB, to develop and finance projects," he said.

Renewables and the last frontier in energy space

The panel then discussed some sector-specific topics, starting with renewable energy and some of the potential opportunities that may arise under a Biden administration.

There's something in the wind

Our panellists observed that progress in the renewable space during the Trump administration may have surprised some observers, given the apparent scepticism of the administration towards the sector. Marius Griskonis noted that, "Despite what people may have thought about the prior administration, there was a lot of development in the renewables space." In this regard, he explained that one of Biden's first pieces of legislation in this area—federal tax credits—was actually passed during the Trump administration, and this continues to be big part of the capital structure of renewable projects in the US.

President Biden also signed an executive order calling on relevant government departments to identify steps towards accelerating renewable energy projects on federal lands and waters, with one of the goals being to double offshore wind by 2030. While Mr. Griskonis was hesitant to state that this year will be the year for offshore wind in the US, he nonetheless recognized the very favourable policy framework that has been established to support increased investment and development in this sector – including the 30% investment tax credit for offshore wind projects that commence construction by the end of 2025 (with completion not required until 10 years from the start of construction).

From a regulatory perspective, Mr. Hagan added that, offshore wind "is the last frontier of the energy space in the US, and there has been an incredible amount of bipartisan support within Congress, as well as alignment with the federal regulators who are responsible for implementing the policies." Mr. Griskonis agreed with this analysis – "At the state level too, the thinking is long term and we are observing the growth of a very significant industry, which may even come to outgrow offshore oil and gas developments in the coming years."

Another major theme that was taken up by our panellists was energy transition – what it means for the US oil and gas industry, how those participants are adapting, and its implications for US agencies and their financing mandates.

The view from Texas

Emery Choi recognised that, despite initial misgivings in the oil and gas industry about what a Biden administration may mean for them (reinforced by the immediate federal leasing and permitting moratorium), since the start of the year all industry indicators have been on a positive upward trajectory. Oil prices have rebounded, as have oil and gas producers share prices. However, Mr. Choi noted that, "there is now widespread acknowledgement in the industry that ESG and energy transition are here to stay, and that this has led to an "all-of-the-above" approach fuelled by competing interests." That is, oil and gas producers are still currently reaping very favourable returns, but this is in the context of a shareholder base that is increasingly demanding greener and cleaner projects and investments.

Mr. Choi explained that the field of major oil and gas companies appears to be dividing into two camps - some of the larger oil and gas companies have pledged enormous amounts of capital towards renewables, while others are focusing on increased investment in their carbon capture and storage projects. Irrespective of which camp these companies fall into, Mr. Choi believes that none of them are entirely abandoning oil and gas, adding that he was "seeing the same thing happen with the private equity money that has played an enormous role in fuelling the shale revolution. The PE shops in the space are diversifying their energy portfolios to include energy transition projects, because that is what their LPs are demanding, but they are not entirely abandoning oil and gas."

Mr. Menski said that while it is clear that the Biden administration has committed to net zero by 2050, he also believes that this commitment is tinged with realism. "Net zero targets does not mean he elimination of fossil fuels," he said. Rather, he said, "it means offsetting fossil fuels by creating greener and cleaner energy and infrastructure assets." This realism is borne of the recognition that the hydrocarbon industry supports a lot of jobs in the economy, and it cannot just be turned off overnight. In this regard, he observed of US agencies' international financings that there has clearly been a move away from upstream and extractive projects in favour of midstream and downstream projects. Mr. Menski also noted US agencies focus on next-generation fuels and technologies. In sum, he stated, "agencies will continue to fund some hydrocarbon projects where they can justify it and show that such projects incorporate an element of transition".

The panellists were all of the view that America was very much open for business for Asian sponsors, investors and developers. Ms. Mirchandani commented that, "There is actually tremendous opportunity for Asian investors to look at these emerging priorities in the US infrastructure landscape," highlighting high speed rail, EV charging stations, smart city infrastructure and battery storage as areas where "where the learning and deployment resides elsewhere and can be brought to market in the US." Mr. Griskonis summed up the views of the panel by concluding that, "I think there is just going to be more opportunities for investors from Asia who are currently active and for new investors as well." 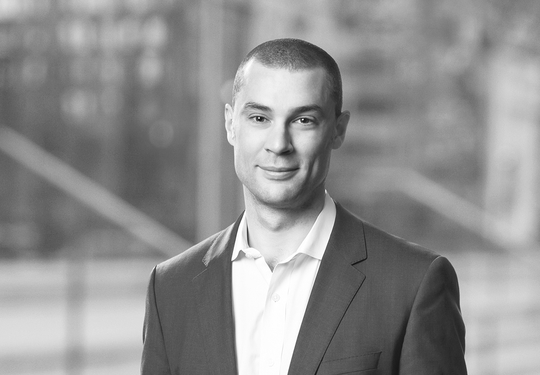 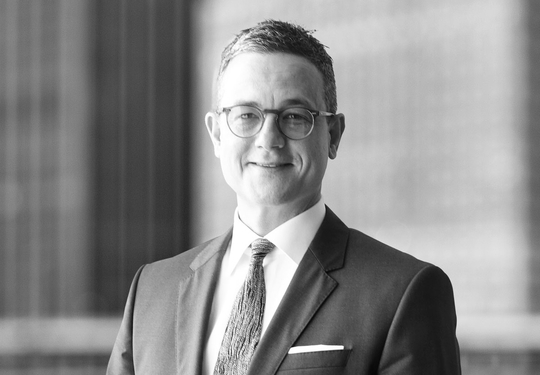 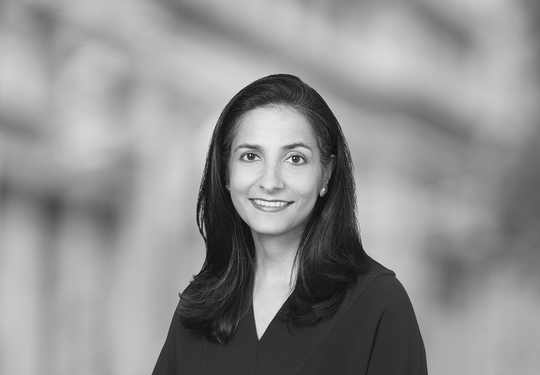 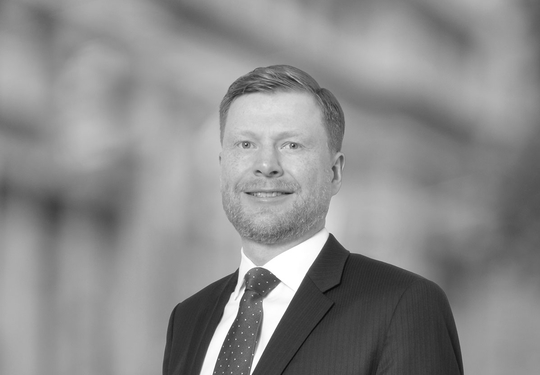 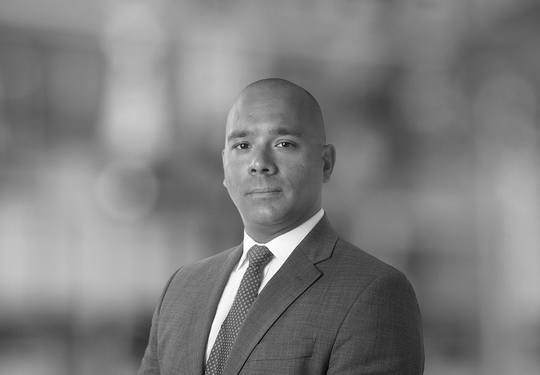 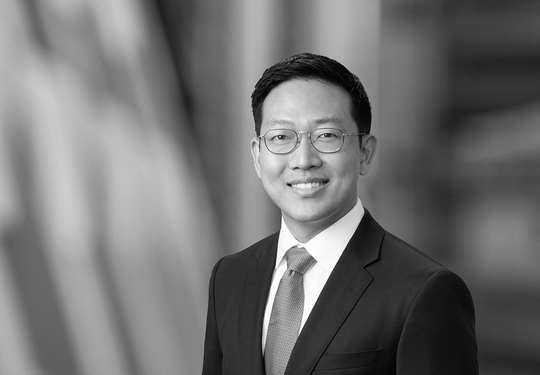