This has been a rather underwhelming Autumn Statement by the Chancellor from a tax perspective as it is lighter in tax content than usual. Unlike in recent years, non-domiciled taxation did not feature prominently in this statement and no substantive announcements have been made in relation to the ongoing proposals to change non-domiciled taxation.

The overall message on the UK’s economic recovery is positive, but in keeping with the Chancellor’s penchant for prudence, new tax raising measures continue to be introduced. The UK Government’s obsession with anti-avoidance rules continues unabated – a 60% penalty calculated by reference to tax due is to be charged in all cases successfully challenged under the UK GAAR. Residential real estate stamp taxation continues to be an area of focus – second property owners (including landlords) will now face having to pay a further 3% for second home purchases.

We have set out below a high-level summary of some of the key measures that are likely to impact large businesses and wealthy individuals.

1. Apprenticeship levy
Although sounding relatively low-key, this new levy is forecast to raise over £11 billion in tax revenue in the four year period following its introduction in April 2017. It will be set at a rate of 0.5% of an employer’s paybill and will be paid through PAYE. Each employer should receive an allowance of £15,000 to offset against their levy payment. This means that the levy should only be paid on a paybill in excess of £3 million. Further details are expected in Finance Bill 2016.

2. General anti-abuse rule (GAAR)
A new penalty of 60% of tax due will be charged in all cases successfully targeted by the GAAR. Further details are expected in Finance Bill 2016.

3. Rules for addressing hybrid mismatch arrangements
Legislation will be introduced with effect from 1 January 2017 to implement the agreed BEPS proposals for addressing hybrid mismatch arrangements. The new rules aim to prevent multinational enterprises avoiding tax through the use of certain cross-border business structures or finance transactions. Further details are expected in Finance Bill 2016.

4. Taxation of asset managers’ performance based rewards
Legislation will be introduced in Finance Bill 2016 to determine whether performance awards received by asset managers (i.e. "carried interest") will be taxed as income or capital gains. An award is expected to be subject to income tax, unless the underlying fund undertakes long term investment activity.

5. Disguised remuneration
The Government intends to take action against those who have used or continue to use disguised remuneration schemes and who they consider have not yet paid their fair share of tax. The Government will consider legislating in a future Finance Bill to eliminate any further schemes intended to avoid tax on earned income, where necessary, with effect from 25 November 2015.

7. Company distributions
The Government will publish a consultation on the rules concerning company distributions later in the year. The Government will also amend the Transactions in Securities rules and introduce a Targeted Anti-Avoidance Rule in order to prevent opportunities for income to be converted to capital in order to gain a tax advantage. Further details are expected in Finance Bill 2016.

8. Stamp duty land tax: additional properties
Higher rates of SDLT will be charged on purchases of additional residential properties (above £40,000), such as buy to let properties and second homes, with effect from 1 April 2016. The higher rates will be three percentage points above the current SDLT rates. The higher rates will not apply to purchases of caravans, mobile homes or houseboats, or to corporates or funds making significant investments in residential property given the role of this investment in supporting the Government’s housing agenda. The Government intends to consult on the policy detail, including on whether an exemption for corporates and funds owning more than 15 residential properties is appropriate.

9. Stamp duty land tax: application to certain authorised property funds
The Government will introduce a seeding relief for Property Authorised Investment Funds (PAIFs) and Co-ownership Authorised Contractual Schemes (CoACSs) and make changes to the SDLT treatment of CoACSs investing in property so that SDLT does not arise on the transactions in units. The Government confirms there will be a defined seeding period of 18 months, a three year clawback mechanism and a portfolio test of 100 residential properties and £100 million value or ten non-residential properties and £100 million value. These changes will take effect from the date Finance Bill 2016 receives Royal Assent.

10. Stamp duty and stamp duty reserve tax relating to deep in the money options (DITMOs)
Shares transferred to a clearance service or depositary receipt issuer as a result of the exercise of an option will now be charged at the 1.5% higher rate of stamp duty based on either their market value or the option strike price, whichever is higher. This will prevent avoidance using DITMOs, which are options with a strike price significantly below (for call options) or above (for put options) market value. Share transfers made other than to a clearance service or depositary receipt system as a result of exercising an option will be unaffected. The change will apply to options which are entered into on, or after 25 November 2015 and exercised on or after the date of Budget 2016. Further details are expected in Finance Bill 2016.

11. Related party rules: partnerships and transfers of intangible assets
Amendments to the intangible fixed asset rules are expected in Finance Bill 2016 to clarify the tax treatment on transfers of assets to partnerships. This change has immediate effect. These changes are designed to ensure that partnerships cannot be used in arrangements that seek to obtain a tax relief for their corporate members in a way that is contrary to the intention of the regime. The Government will also consider a review of the intangible assets regime as part of the Business Tax Roadmap. 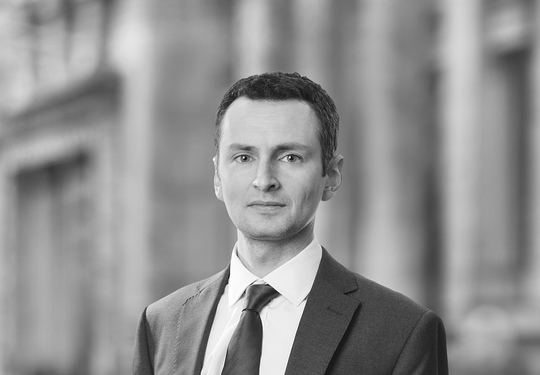