In 2010, the then "Lib-Con" Coalition Government in the wake of the financial crisis of 2008 sent out the message that "Britain is open for business". The then Government's stated aim was to create the most competitive corporate tax regime in the G20 and set out a Corporate Tax Roadmap setting out how the Government intended to approach reform of the UK corporate tax system over the following five years. Key to this was open and transparent consultation with business with clearly identified engagement so that business and other interested parties could input at each stage of policy development, thereby providing certainty to business. Five years later, a now Conservative government has promised a Business Tax Roadmap to be published by April 2016. Given the current Government's increased focus on combating unacceptable tax behaviors both on the domestic as well as the international stage through participation in the OECD's recent BEPS initiative whilst actively pursuing a policy of low taxation to attract inward investment, the certainty a Business Tax Roadmap would offer will be welcome news to international business, and the Chancellor's Budget Statement 2016 would be a timely occasion to reveal it.

"Given the balancing act the Government has to perform in its resolve to make the UK one of the most competitive jurisdictions in the G20 from a corporate tax perspective whilst ensuring everyone pays its fair share of tax by combating what it sees as unacceptable tax avoidance, including adopting measures to accommodate the OECD's recent BEPS initiative, clarity on the Government's future tax policy and direction would be certain to be welcomed by business." – Peita Menon, Corporate Tax Partner

We expect to see further developments, particularly in relation to residential property. Regarding the proposed additional 3 per cent charge on acquisitions of second homes and buy-to-let properties, we expect the final arrangements to be announced, potentially accompanied by draft legislation. There may also be further developments in relation to disposals of UK residential property by non-residents, including potential amendments to existing draft Finance Bill 2016 legislation.

There has been much recent media speculation around whether the Government would take the bold step of eliminating the upfront tax relief available on pension contributions. This speculation has stemmed from an HM Treasury consultation on pensions tax relief, which noted that increased longevity and the shift from defined benefit to defined contribution schemes has posed growing challenges, with the overall cost of pensions tax relief greatly increasing in recent years. Although such a politically sensitive move has been ruled out according to several media sources, we await official confirmation of this.

"Although it seems that a complete overhaul of pensions taxation has been ruled out for this Budget, there could be some important changes in the detail, including further narrowing of the annual allowance for higher earners. Salary sacrifice is an area where the Chancellor could recover lost national insurance revenues. And the tax-free lump sum should not be seen as cast in stone." – Nicholas Greenacre, Employment and Pensions Tax Partner

We expect the Government to continue to take a strong stance on tax avoidance, particularly in light of recommendations published by the OECD as part of their project to counter base erosion and profit shifting. In this regard, we have already seen draft legislation in relation to tackling hybrid mismatches, and recent HM Treasury consultation exercises have covered issues such as patent box and the deductibility of interest. Whether there will be any response to the recent EU proposal of an anti-avoidance directive will be particularly interesting as the Brexit debate continues its rise to the top of the political agenda.

"The Chancellor has an extremely delicate balancing act to perform here. On the one hand, the UK should not tolerate blatant erosion of its tax base or taxable profits being artificially diverted by multinational enterprises; however, businesses already feel there are far too many anti-avoidance rules muddying what is an already complicated tax system, and so consolidation and streamlining of existing anti-avoidance rules to make them more effective and potent would be a better route to take than introducing further tax legislation. The UK corporate tax system has historically had relatively generous interest deduction rules, and so any cap on interest deductibility will curtail a natural advantage the UK possesses as a place to do business." – Oliver Clarke, Senior Associate specialising in international tax

The tabloid headlines have focused on BBC stars being paid "off the books" but potential changes here are far more wide-ranging, with the target being anyone who uses their own corporate vehicle as an intermediary where they are effectively acting as an employee. A potential outcome could be that businesses engaging workers who use personal service companies could be made liable to withhold PAYE and bear the cost of the employer's NIC on payments to those personal service companies. This would be a real sea change in this area.

"This is another potential "stealth" measure, with which, like salary sacrifice, the Chancellor could hope to recover significant revenue without the political fallout that would have resulted from wholesale changes to pensions tax." – Nicholas Greenacre, Employment and Pensions Tax Partner

We may see a response to the July 2015 HM Treasury consultation covering a number of proposed amendments to the Limited Partnerships Act 1907, such as optional legal personality, aimed at ensuring that the UK limited partnership remains a popular vehicle for European private equity funds. On a separate note, reform of fund manager remuneration is continuing at a fast pace, with the latest in a line of changes being legislation currently in draft form which applies income tax as opposed to capital gains tax to certain carried interest returns arising on or after 6 April 2016. In light of this direction of travel, it would not be a major surprise to see further changes in this regard.

"The rapid changes to carried interest taxation (otherwise referred to in more constructive terms as reform of fund manager remuneration) has raised the question whether fund structures and fund behaviors will adapt to the detriment of London and the UK. These changes, if announced, are intended to placate investors and ensure that notwithstanding the impending and recent tax changes to fund managers, UK limited partnerships continue to be the vehicle of choice for European private equity and venture capital funds." – Prabhu Narasimhan, International Tax Partner 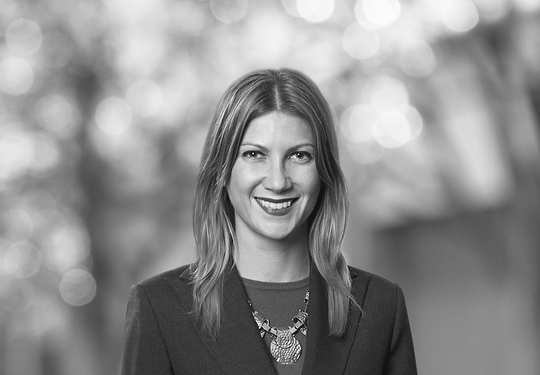