On Monday, November 27, 2017, the Supreme Court of the United States heard oral argument in Oil States Energy Services, LLC v. Greene's Energy Group, LLC over whether inter partes review (IPR)—an adversarial process used by the United States Patent and Trademark Office (USPTO) to analyze the validity of existing patents—violates the US Constitution.1 Although it is difficult to predict which way the Court will rule, the questions posed by each Justice in oral argument may signal the Justices' views on the issue of constitutionality of IPRs. Unlike many of the unanimous decisions in recent years regarding patent cases, the Justices in Oil States appear more divided.

Justices Who May Believe IPRs are Unconstitutional

Justice Gorsuch suggested that patents are private rights akin to land patents, and as such, they can only be taken away by an Article III court. He showed concern that IPRs could destroy a patent owner's investment in a patent where the patent owner relied on the legal system prior to the Leahy-Smith America Invents Act (AIA), which added the ability to bring IPR proceedings. He questioned whether the option to appeal IPR decisions to a court constitutes meaningful judicial review because appeals are at the election of the parties. Overall, Justice Gorsuch's questions seem to indicate he would find IPRs unconstitutional.

Although Chief Justice Roberts initially compared IPRs to the Court's lenient position on the takings clause, suggesting that the government can restrict patent rights in the same way it restricts real property rights without paying compensation, he later recognized that, consistent with the Court's decisions on termination of public employment, the government may not be able to cancel a patent without due process. Overall, the Chief Justice's questioning seemed to indicate a preference for finding IPRs unconstitutional because of a lack of due process, particularly in light of panel stacking on the Patent Trial and Appeal Board (PTAB), which adjudicates IPR proceedings.

Justices Who May Believe IPRs are Constitutional

Justice Sotomayor looked to historical precedent for IPRs, pointing out the longstanding practice of patent adjudication by the Privy Council before the creation of the Patent Act of 1790. She later indicated that the option for a patentee to appeal an invalidity finding to a court "saves" the IPR process. Justice Sotomayor's questions seem to indicate a preference for finding IPRs constitutional.

Justice Kagan pushed for the Petitioner to define exactly what features are required for the PTO's review of a patent to cross the line into unconstitutional adjudication. She went on to suggest that the government could act through third parties in IPRs because third-party participation improves the government's accuracy in correcting erroneous patent grants. She did, however, show some concern that IPRs may not be constitutional without judicial review. Overall, Justice Kagan's questioning seemed to indicate a preference for finding IPRs constitutional.

Justice Ginsburg's questioning focused on the narrow role of IPRs as an error correction tool for the PTO with a limited number of grounds that can be used to invalidate a patent, emphasizing that IPRs are not a substitute for litigation. Justice Ginsburg did, however, indicate that the practice of panel stacking could be a due process flaw, acknowledging that procedural protections are required for IPRs. Her questioning seemed to indicate a preference for finding IPRs constitutional.

Justice Breyer asked the Petitioner how IPRs are different from the adjudicatory procedures used by many other agencies, which also involve private parties and provide for judicial review. He also suggested, however, that IPRs may present a due process problem for pre-AIA patents in cases where the patent owner made significant investments in the patent in reliance on the fact that a patent could only be invalidated by a court. Justice Breyer's questions seem to indicate a possible preference for finding IPRs constitutional, with a caveat for cases involving pre-AIA patents.

Justices Whose Views are the Most Unclear

Justice Kennedy focused on the patent owner's expectations of the scope of his patent rights. He suggested that Congress could avoid constitutionality problems by making patent grants expressly conditional on the patentee's consent to IPR proceedings, just as Congress has the power to change the patent term. However, he also seemed to acknowledge that patents come with certain protections against governmental taking because they are private rights granted under the Constitution. Nonetheless, Justice Kennedy's position on the constitutionality of IPRs remains unclear.

Justice Thomas did not ask any questions during oral argument.

Until the Supreme Court issues a decision in Oil States (expected early 2018), it is difficult to determine whether IPRs will continue to be available as a tool for challenging patents. However, the Court's questioning during oral argument offers some guidance as to which way the individual Justices may side.

1 On the same day, the US Supreme Court also heard SAS Institute Inc. v. Lee and ComplementSoft, LLC, which challenged the Patent Trial and Appeal Board's practice of limiting its final decisions to patent claims that it agreed to review. 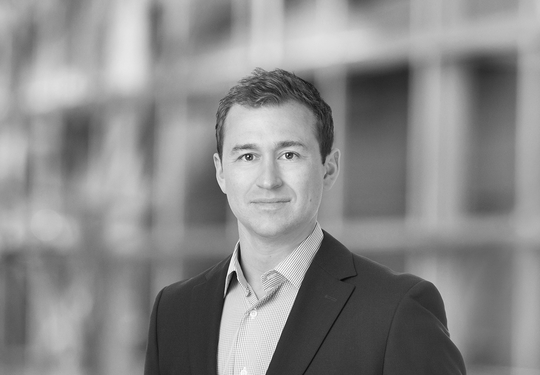